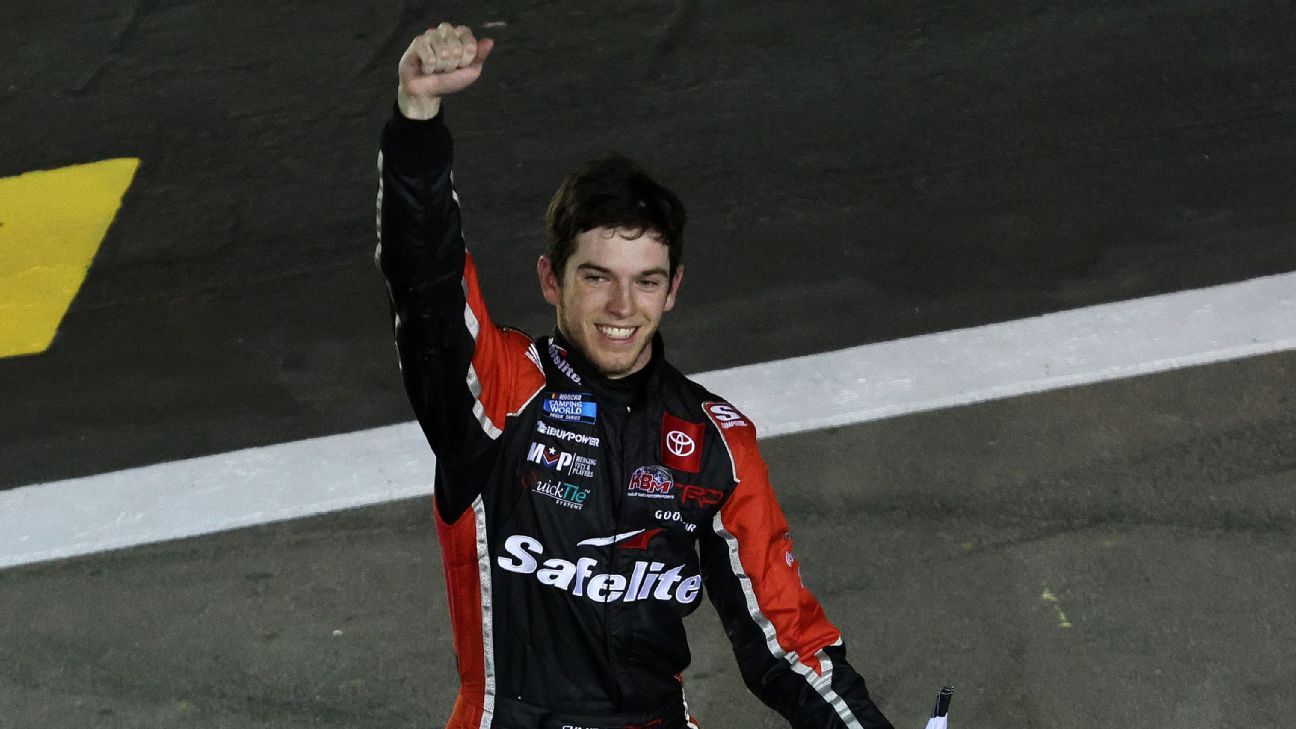 It was the third victory in 40 career starts for Smith, a 19-year-old from Georgia who is in his second season driving for Kyle Busch Motorsports.

Chandler Smith was side-by-side with Zane Smith as the two trucks took the white flag for the final lap around the speedway. They had raced three-wide with Busch, the winningest driver in series history, and finally broken away for a two-truck battle for the win.

Chandler Smith used a crossover move to seize the lead from Zane Smith and coast to the win.

Busch finished third and was followed by Stewart Friesen, as three Toyota drivers finished in the top four. Ryan Preece and Tanner Gray were fifth and sixth to give Ford three drivers in the top six.

Matt DiBenedetto in seventh was the highest-finishing Chevrolet driver and Matt Crafton was eighth in Crafton’s 500th consecutive start in the Trucks Series.

Todd Bodine returned to competition for the first time since 2017 in his quest to start 800 national series races. Only 26 drivers in NASCAR history have started 800 national races and Bodine has been six shy of the mark since 2017.

The pandemic stalled his efforts but Bodine, now 58 years old, had the idea rekindled by Marcus Lemonis, CEO of Camping World, title sponsor of the Truck Series. Lemonis asked on Twitter for 800 reasons why Bodine should get to 800 starts and the fan engagement sealed the deal.