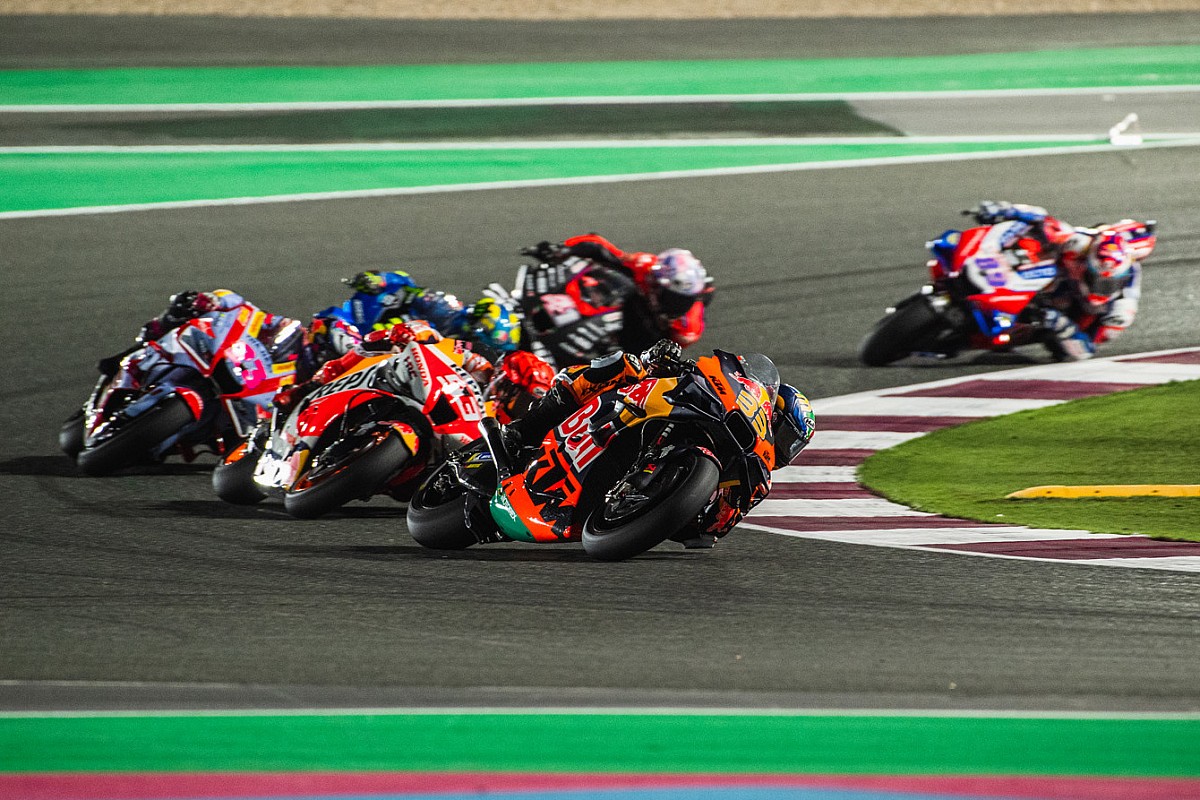 The South African came through Q1 in qualifying to put his RC16 seventh on the grid, and used this to springboard himself into podium contention at the start of Sunday’s 22-lap race.

Though pressuring eventual winner Enea Bastianini on the final lap for victory, Binder had to settle for runner-up spot – only by 0.347 seconds and was still KTM’s best result in Qatar, having previously only gotten as high as eighth.

Having made such a strong start to 2022 on a KTM package that appears to be a marked improvement over its predecessor, Binder was keen to play down his chances of fighting for the championship this season.

“We need to keep our feet on the ground and keep working.

“I think we’re far from where we need to be still, and we’re just going to keep grinding till we get there.”

Binder added that it was “unbelievable” to be on the podium at Qatar, and links his run to second to the RC16’s better handling in the corners. 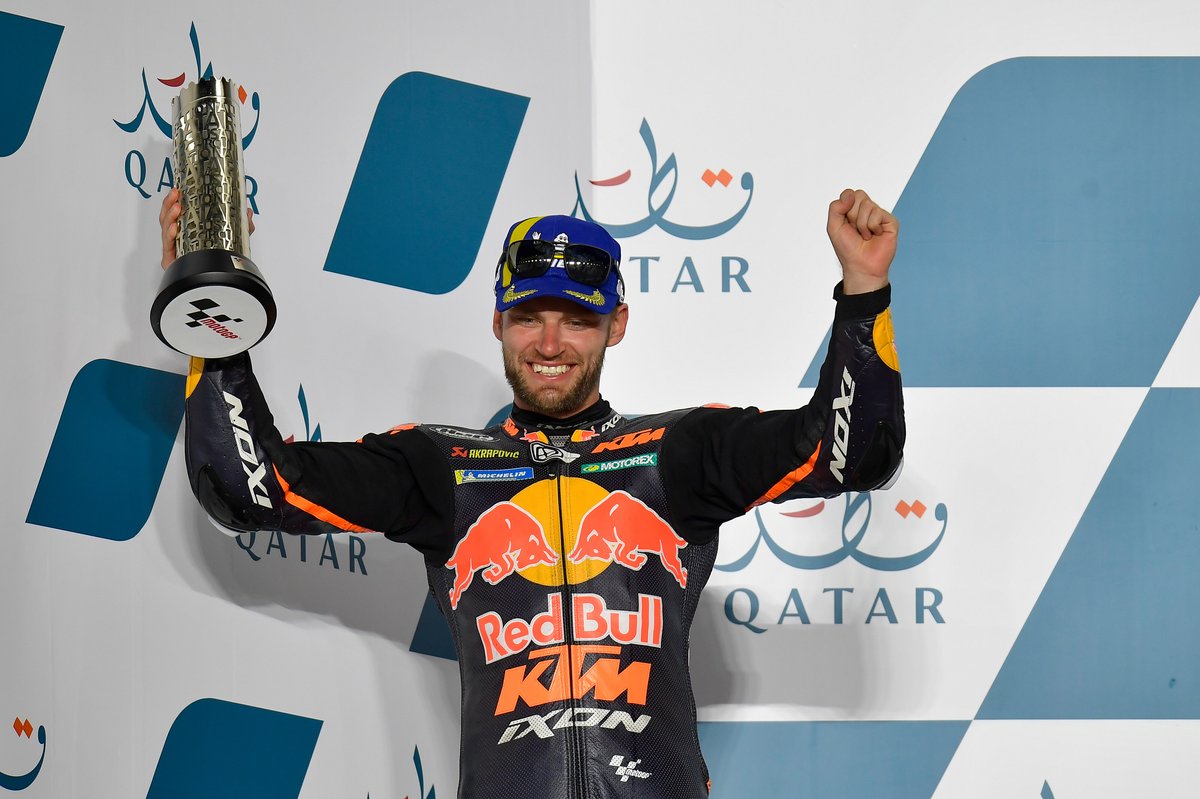 “The bike turns. Normally, especially last year unless we were braking really hard, we struggled to get the front to start coming around on lean angle,” he explained.

“Whereas now I can release the front brake and roll with a lot more corner speed.

“So, it made such a huge difference and gives you much more confidence because you don’t have to be completely on the limit on the brakes every corner.

“It’s true that in Sepang I didn’t leave there happy at all [after the test], I wasn’t quite sure what was going on.

“But once the guys had time to really study the data and everything with our new package, they understood exactly what we needed to fix our issues and once we got to Mandalika they solved our problems straight away.

“Everything’s still quite new, so I think there’s still a way to go and we need to do a bit more testing to really get the full potential of our package.

“But in general, I can’t thank KTM enough. This is a track that’s super difficult for us and it’s unbelievable to be on the podium here.”