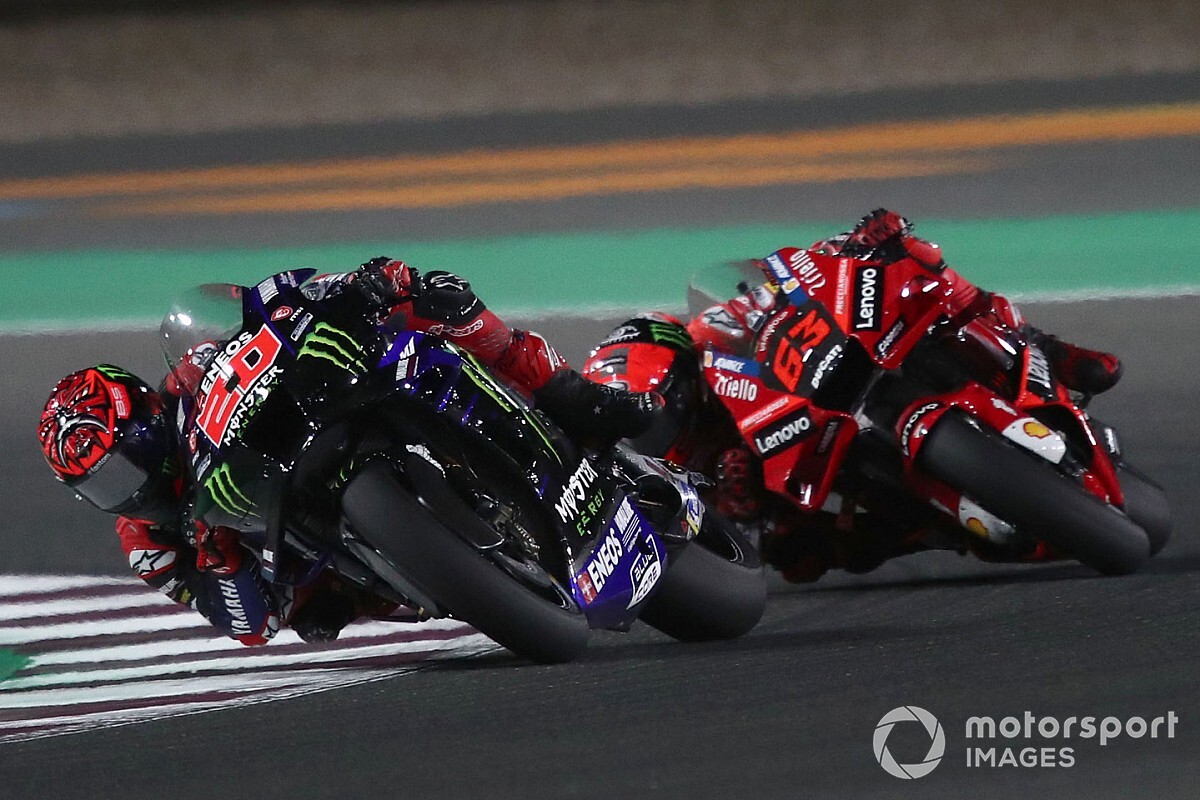 Quartararo has made no secret of his displeasure at an apparent lack of progress from Yamaha in getting more top speed from its bike and said in pre-season testing that he’d already reached the limit of the 2022 M1.

The reigning world champion could do no better than 11th on the grid for Sunday’s 22-lap season-opener under the floodlights in Qatar, but was still predicted by rivals to be strong in the race.

However, Quartararo was unable to advance on seventh after a strong opening lap and was ultimately pipped to eighth by Pramac’s Johann Zarco by 0.007 seconds – with the Yamaha rider 10.543s off of winner Enea Bastianini.

With all five of Yamaha’s manufacturer rivals finishing ahead of him in Sunday’s Qatar GP, Quartararo admits going forward that he “cannot be confident” in the package he has.

“Knowing that last year we won both races and now we finish basically behind, quite far back, of course I’m worried,” he said.

“I will not say I’m confident. We make fourth row, going to Q1 in Qatar.

“So, I will say I cannot be super confident. But I’ll always say, I am not an engineer.

“So, that is something that for sure I will give my best whatever the position I get.” 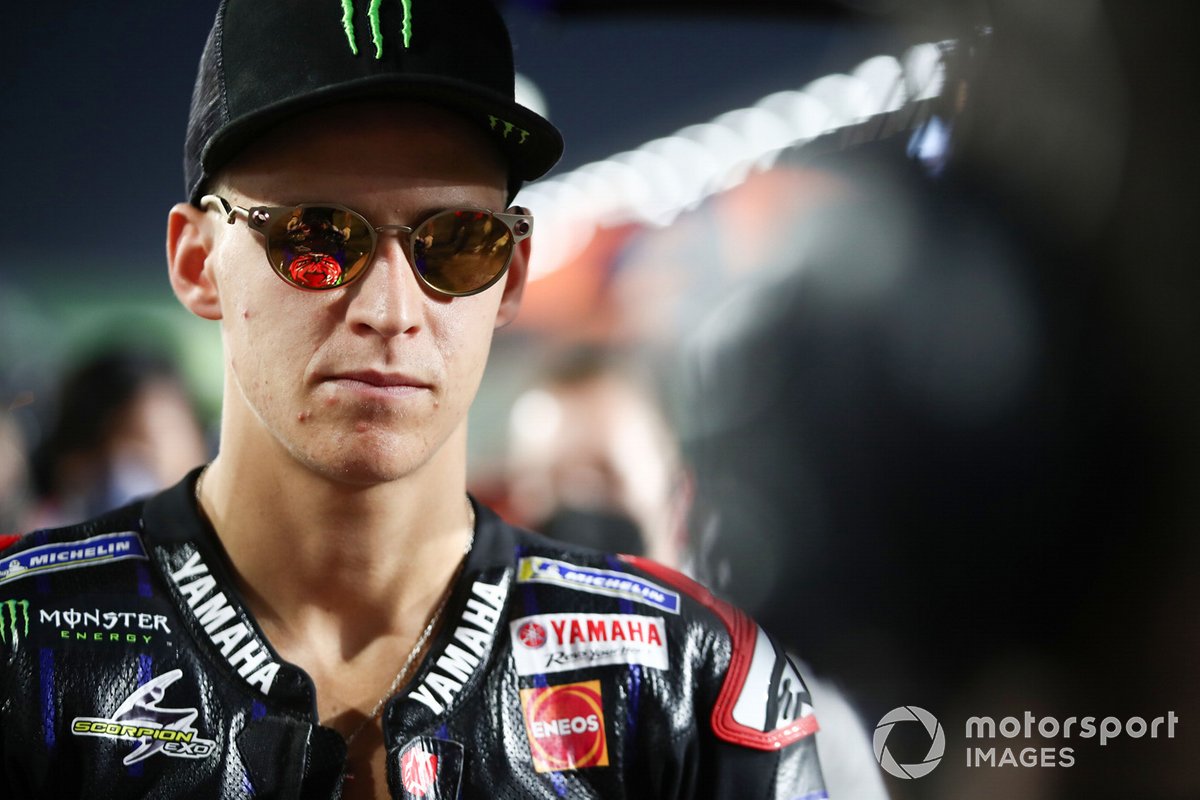 Explaining what went wrong in his race, Quartararo says the pressure in his front tyre went through the roof after just two laps.

This is typically a problem Yamaha riders face in pack races, with its lack of top speed stopping them from being able to overtake on straights.

Extreme front tyre pressure problems are also nothing new to Quartararo, who had an Aragon race in 2020 wrecked by the same issue.

“I made a great start, then from second lap we had already tyre pressure go super high,” he added. “That was basically a bit strange that it was from second lap, and then the pace just dropped.

“Basically, I have no idea. I pushed my maximum but then our rear tyre, front, [pace] dropped.

“To be honest I don’t know. I expected a little bit more pace but right now we couldn’t do better and that’s the problem.”