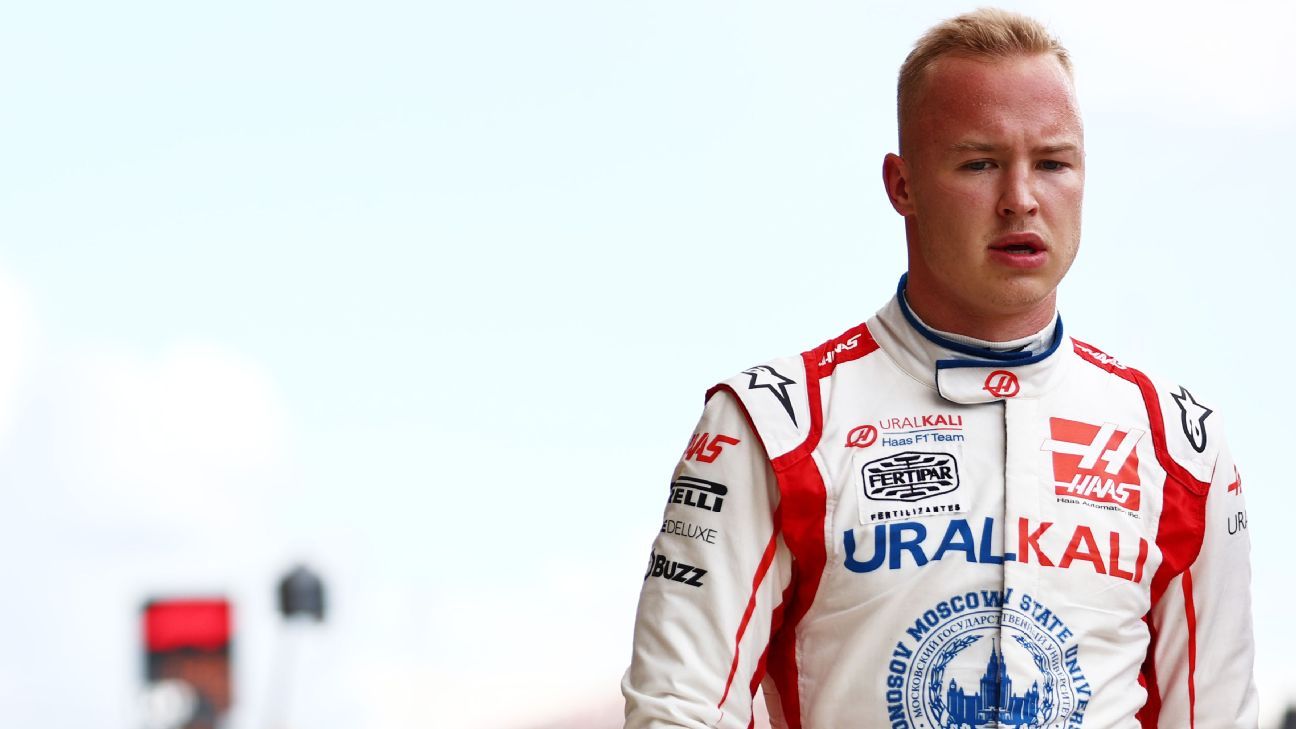 Russian company Uralkali has demanded a full reimbursement from Haas after being dropped as the team’s title sponsor ahead of the coming Formula One season.

Uralkali signed a deal with Haas at the start of 2021, a deal which included Mazepin’s race seat.

Dmitry Mazepin is a close ally of Russian President Vladimir Putin and was one of the business leaders who met him at the Kremlin shortly after the invasion started.

According to the Financial Times, Mazepin and his company Uralchem — owners of Uralkali — will be part of the next European Union sanctions against Russia.

Motor racing’s governing body, the FIA, has not banned Russian drivers from competing, but last Saturday, Haas confirmed it had cut ties with Mazepin and Uralkali.

On Wednesday, shortly before Mazepin spoke to the media for the first time since that decision, Uralkali released a statement saying it wants its money back.

The statement said: “The Company views the Team’s decision as unreasonable and believes that sports should always be free of politics and pressure from external factors.”

In his media session, Nikita Mazepin said he is launching a new foundation — named We Compete As One — to support athletes who are blocked from competing for “political reasons.”

He wants to support athletes who have “been collectively punished just for the passports they hold.”

Uralkali wants to use the reimbursed money from Haas to set up that initiative.

Uralkali’s statement added: “As most of the sponsorship funding for the 2022 season has already been transferred to Haas and given that the Team terminated the sponsorship agreement before the first race of the 2022 season, Haas has thus failed to perform its obligations to Uralkali for this year’s season. Uralkali shall request the immediate reimbursement of the amounts received by Haas.

“The refund from Haas and the remaining part of Uralkali’s sponsor financing for 2022 will be used to establish the We Compete As One athlete support foundation.”

Haas declined to comment on the statement when asked by ESPN.

Mazepin said he learned of his “sacking,” as he put it, from the news release Haas put out on Saturday.

The Russian hopes to return to F1 in future, citing the FIA’s ruling that Russian or Belarusian drivers can compete under a neutral flag, although he said he has no desire to do so with the Haas team.

Haas will run test driver Pietro Fittipaldi, grandson of two-time champion Emerson, at the start of this week’s preseason test in Bahrain but the Brazilian looks unlikely to be considered for anything beyond that. Haas looks set to miss at least Thursday morning’s running after its freight was delayed leaving the UK.