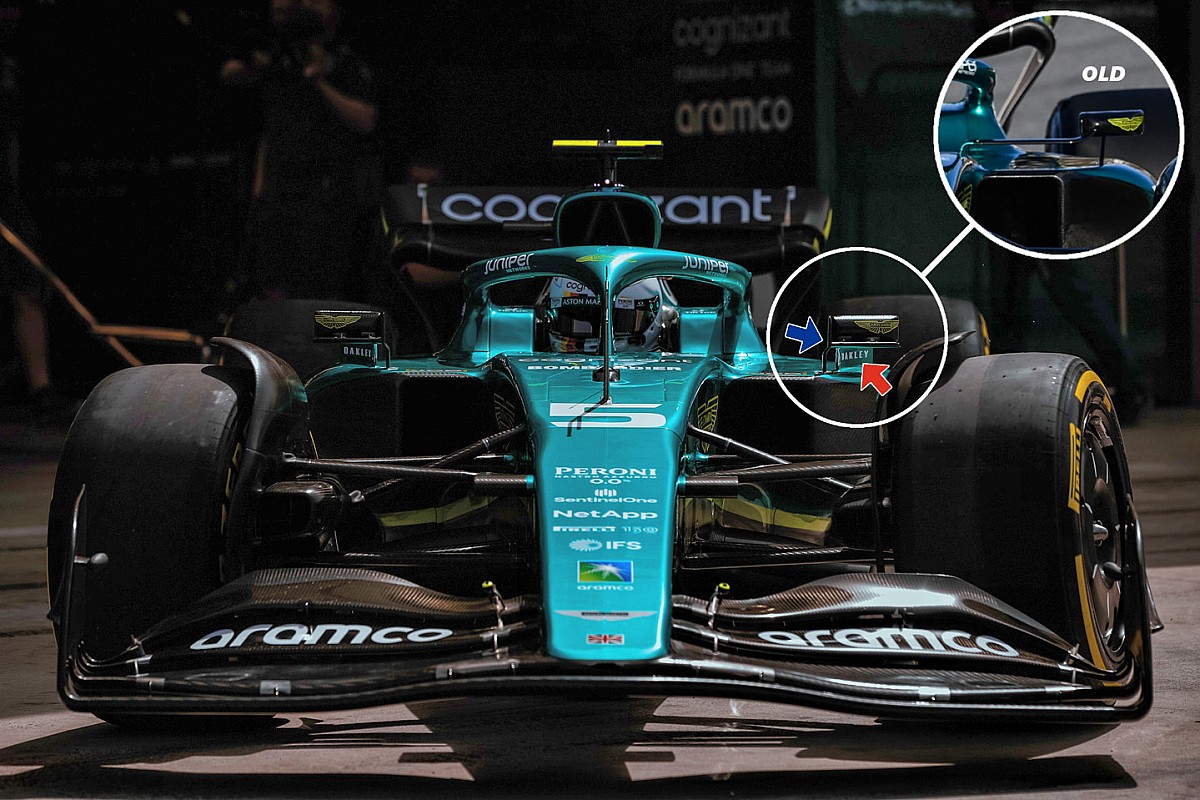 The new design appears to be influenced by those already seen elsewhere, whereby the outermost mirror stay (red arrow) acts as a flow conditioner that helps to reinforce the outwash being created by the angular bluff body of the sidepod below.

Meanwhile, the other ‘mirror stay’ also serves as an aerodynamic appendage (blue arrow), framing the main wing mirror body in order to smooth the airflow’s transit around it.

It’s unclear if these were planned upgrades, or simply a function of Aston Martin monitoring its rivals and quickly assimilating the design to suit its own needs.

Such rapid appropriation has already been adopted by Aston Martin’s rivals, with Ferrari moving to copy the AMR22’s double splitter winglet and snowplow seen at its launch. Ferrari had a workable version for its own launch just a week later, having put the solution through the rigours of CFD and the windtunnel before manufacturing a physical version.

Aston Martin’s new wing mirror and stalk design bares a striking resemblance to the Mercedes, with its sidepod skirt-stay the most obvious aspect shared between the two.

The W13 also features a winglet-like surround for the mirror body, albeit one that wraps around the top edge, rather than the bottom of the assembly.

Speaking in a media briefing, Krack said the first test in Barcelona had been “a success” despite suffering some “hiccups”, which included a fire caused by an oil leak while Sebastian Vettel was at the wheel on the final day. 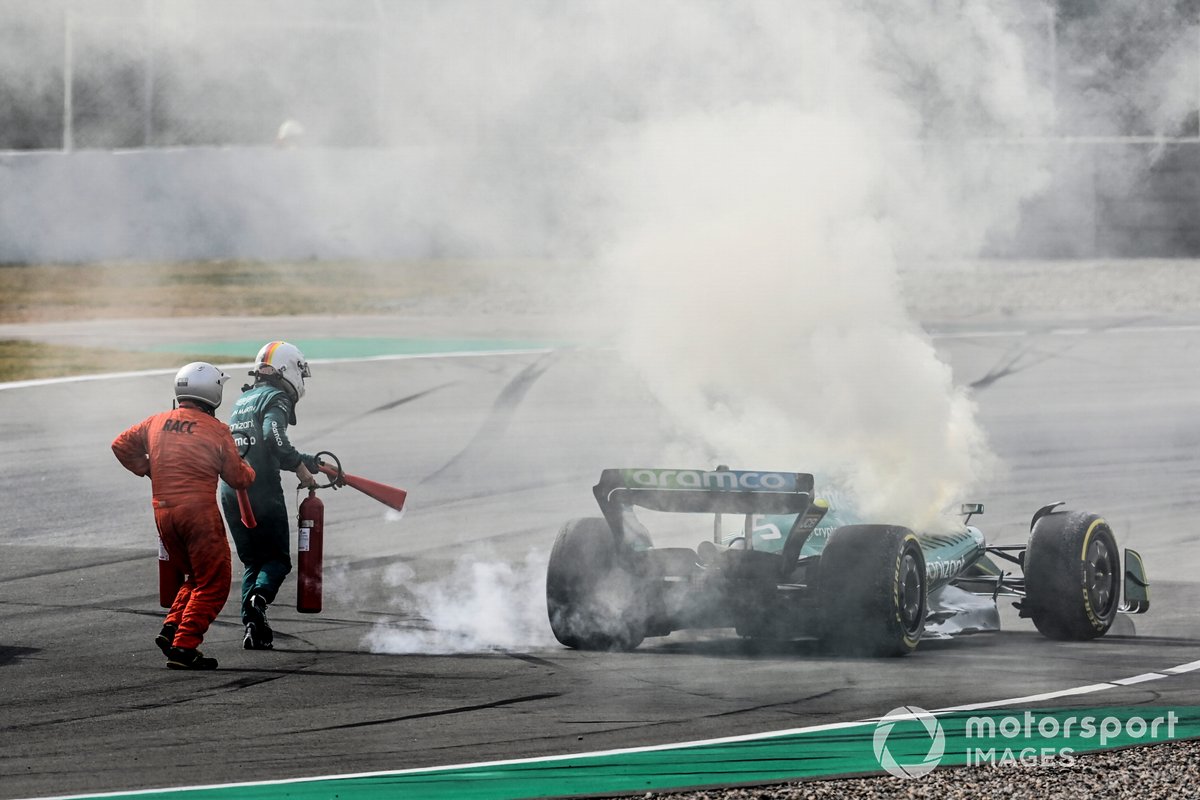 The team completed the sixth-highest tally of laps in Barcelona.

“For Bahrain obviously, we have analysed what happened in terms of the new regs, in terms of tyres in terms also our new structure, because we have already made quite a lot of adjustments even before my time,” he said.

“Bahrain will be a matter of bringing updates to some of the stuff we have learned.

“Obviously, the time in between is not not very, very long. Plus, you have all the logistics to get everything down to Bahrain.

“But we’re working hard to bring some improvements to the car from what we have learned.”