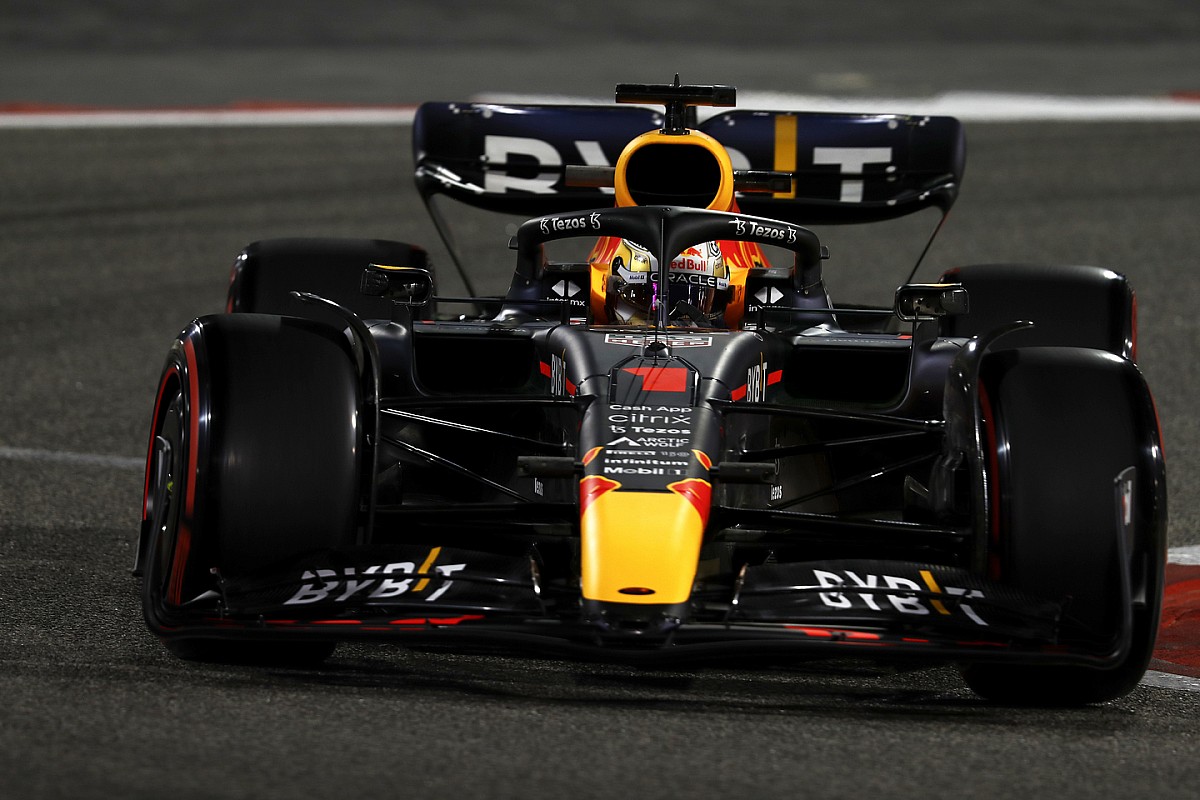 The world champion edged out Ferrari driver Charles Leclerc, Alpine’s Fernando Alonso and new Mercedes signing George Russell – with most of the field going for performance runs late in the final session.

Remarkably, Verstappen completed what was the second fastest lap of the Bahrain test overall on the same set of tyres he had been running during a wild spin out of the final corner.

After Sergio Perez topped the first session of the final day for Red Bull, Verstappen did not take to the track during the later running for nearly a full hour.

But after spending the first 30 minutes of the next hour building up to speed on the harder compounds, Verstappen moved ahead of his team-mate’s effort by 0.4s with a 1m32.645s set on the C3 medium tyres.

He then switched to the C5 softs for a subsequent flying run, but despite setting a then purple middle sector, Leclerc ended up slower than his personal best and Ferrari switched back to data gathering on the harder tyres for the remainder of the session. 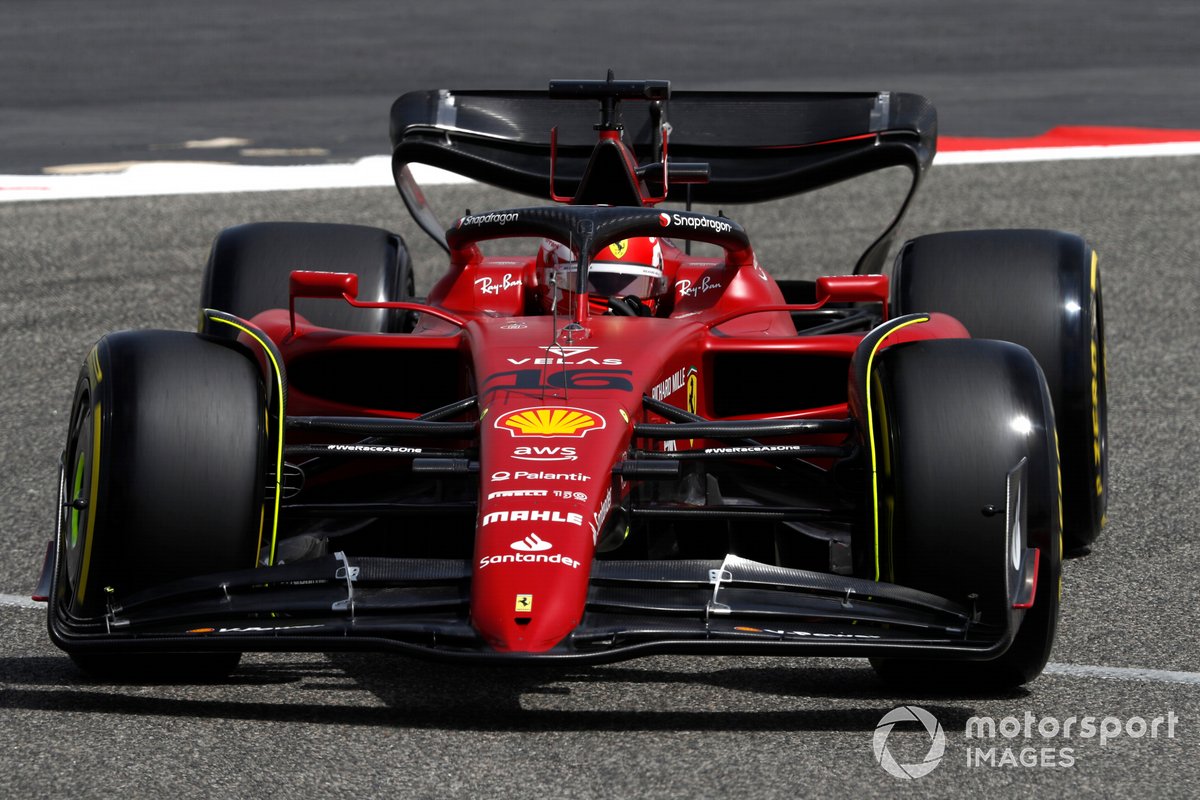 Attention therefore switched to Russell’s running on the C5s, which he used to slot into third behind Leclerc and Verstappen – but all around the lap the Mercedes looked wild and skittish, porpoising badly even through the fast turns in the final sector.

After abandoning a subsequent lap on the same compound due to a big oversteer snap while running through Turn 2, Russell cut the gap to his rivals ahead with a lap that looked much more planted but still had well adrift.

The gap ended up being 1.039s, but to Verstappen, who lit up the timing screens with a series of flying efforts during the final half an hour.

This followed Yuki Tsunoda putting in a performance run for AlphaTauri that eventually ended up as the sixth fastest time, set on the C5s, and behind Alfa Romeo’s Valtteri Bottas.

The Finn ran the C3s on his way to a 1m32.985s, having already climbed up the order a few minutes earlier with another effort on the same rubber, but Bottas’s day ended early when he stopped outside the Turn 8 hairpin after a transmission glitch struck on his car.

After a 15 minute delay with the red flags flying, Verstappen’s final half-hour of glory began – albeit ignominiously as he had to abandon his first lap on the C5s after spinning on cold tyres (his warm-up lap had looked rather slow) as he ran through the final corner.

As the Dutchman hit the gas, the rear of his RB18 snapped around suddenly and he pirouetted in a full 360-degree spin before gathering things up.

He toured around again but did not pit, taking his spin-damaged tyres to the top of the times with a 1m31.973s.

But Red Bull was not finished, after bringing Verstappen in for a spell in the garage, it sent him back out – again on the C5s – with just 10 minutes of the day remaining.

Despite losing time through sector two, Verstappen blitzed to purple sectors in the opening and final thirds of the lap and set a 1m31.720s that put him top by 0.695s over Leclerc.

The action still was not over as Alpine fitted C4s to Alonso’s car for the final five minutes of the day and he used them to set personal bests in all through sectors to edge out Russell for third, 0.978s behind Verstappen. 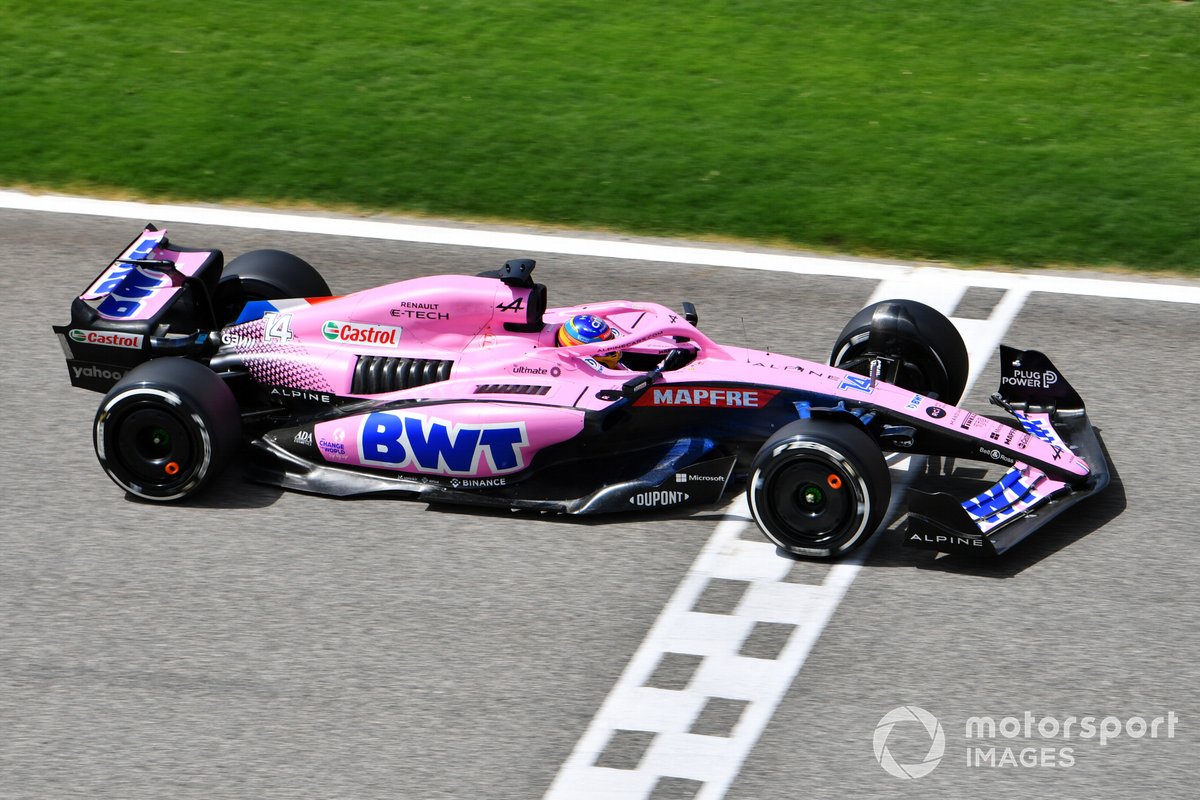 Perez’s best time from the morning remained as the day’s seventh fastest lap, ahead of Haas’s Mick Schumacher – who caused a red flag with a similar spin to Verstappen’s just before Leclerc’s run to the temporary top of times ahead of the final hour.

Like Verstappen, Schumacher lit up the rears ahead of a flier coming through the final turns, although on the C3s that he used to set the eighth fastest time of the day during a run at the same time as Russell’s best times.

The Haas spun close to the track’s inside and nearly struck the barrier and the session was briefly stopped as he toured very slowly through the pit entry.

Lando Norris ended the day in ninth overall for McLaren – the Briton coming close to countryman Russell at several points during the closing stages of the day.

After taking over from Lance Stroll at Aston Martin, Sebastian Vettel finished with the day’s 10th quickest time.

At Williams, Alex Albon had a brief run in the car during the early phase of the second session, finishing with the 14th fastest time and ending up ahead of team-mate Nicholas Latifi, who was put back in the FW44 for the rest of the day to make up for his lost running on day two in Bahrain.

With the official running completed in Bahrain, Schumacher continues to run for Haas and can do so until 9pm local time in the agreement for the American squad to make up the lost four hours it missed due to freight delays on day one.