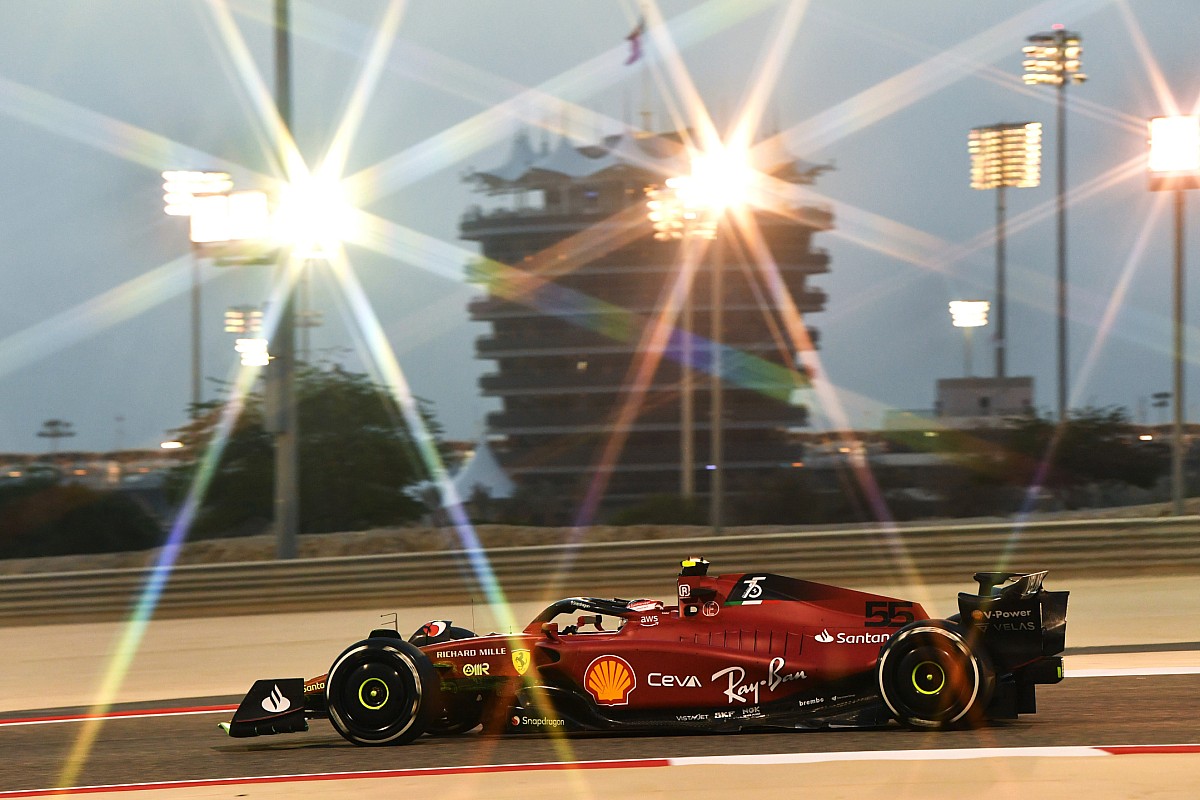 The Spaniard claimed the top time when the official test finished at 7pm local time, with Red Bull’s Max Verstappen in second just under 0.5s behind the leader, and Lance Stroll in third.

Lewis Hamilton was the quickest Mercedes of the day, finishing in fourth, with team-mate George Russell in 13th.

But Kevin Magnussen set the quickest overall time for Haas, a 1m33.207s, in its extra hour of testing permitted after the US team missed Thursday morning due to freight delays.

PLUS: The teams seeking urgent answers as F1 testing time runs out

There were several red flags throughout the day, with Nicholas Latifi’s Williams suffering a brake fire during the morning session causing the first, and with it a 40-minute stoppage. That session was ended early after Valtteri Bottas stopped on track minutes before its scheduled finish time having suffered a hydraulic issue.

In the afternoon, Esteban Ocon prompted the first red flag of the session, stopping on track as a precautionary measure after issues with his Alpine, with running resuming 20 minutes later. But within 10 minutes, action was paused again after a stricken Lando Norris was forced to push his McLaren back into the pitlane.