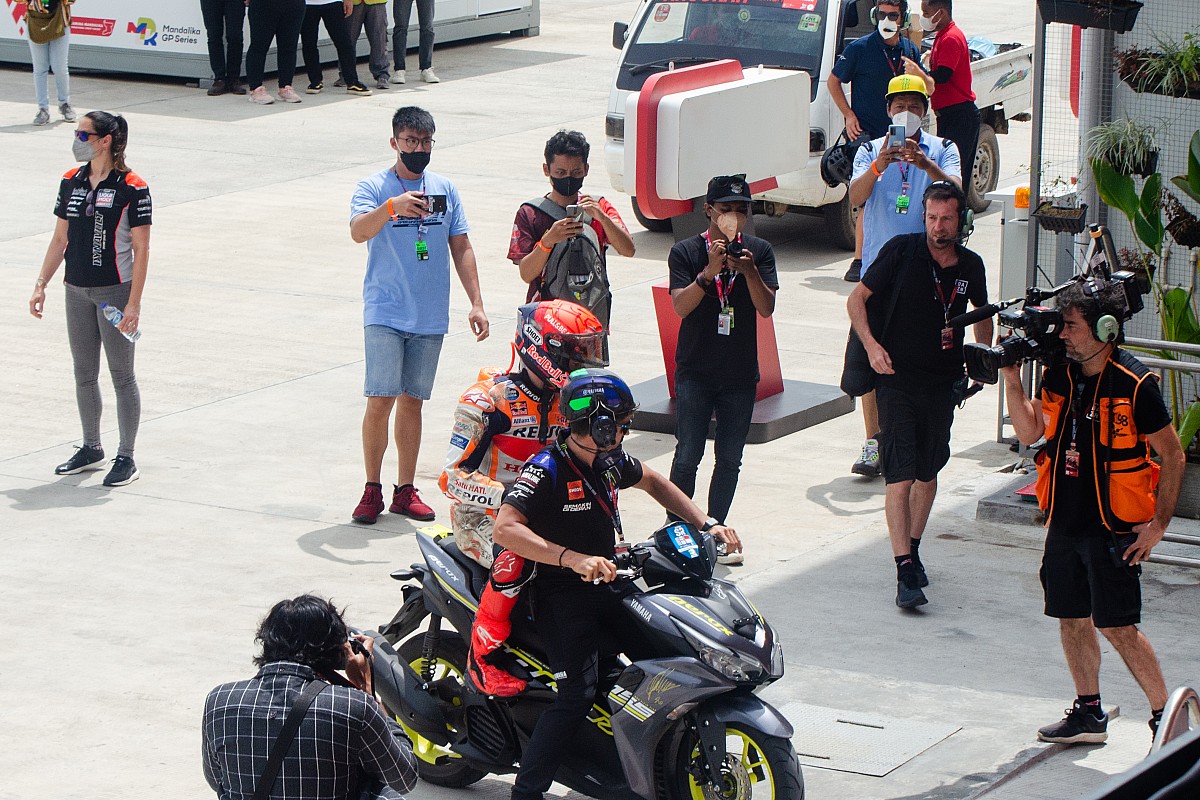 Marquez was launched from his Honda through the Turn 7 right-hander in the closing moments of Sunday morning’s 20-minute warm-up session at the Mandalika International Street Circuit.

The Spaniard destroyed his motorcycle while he landed heavily on his left arm and looked to have taken a knock to his head having crashed at around 186km/h.

Marquez did get to his feet, though looked dazed and has been taken to a local hospital for further checks.

A brief statement from Honda issued on its social media platforms read: “After his fall, Marc Marquez has been taken to Mataram hospital for further checks.”

Marquez has endured a bruising weekend in Indonesia, suffering two front-end crashes during qualifying as he tried to get out of the Q1 session.

Should he be declared fit, Marquez is due to start Sunday’s 27-lap Indonesian Grand Prix from 14th on the grid after being promoted one spot due to a three-place grid penalty for Yamaha’s Franco Morbidelli.

Due to the extreme temperatures at Mandalika, Michelin has brought a stiffer tyre casing last used in 2018 to try to cope with the conditions after it encountered problems in the pre-season test in Indonesia on its 2022 tyre design. 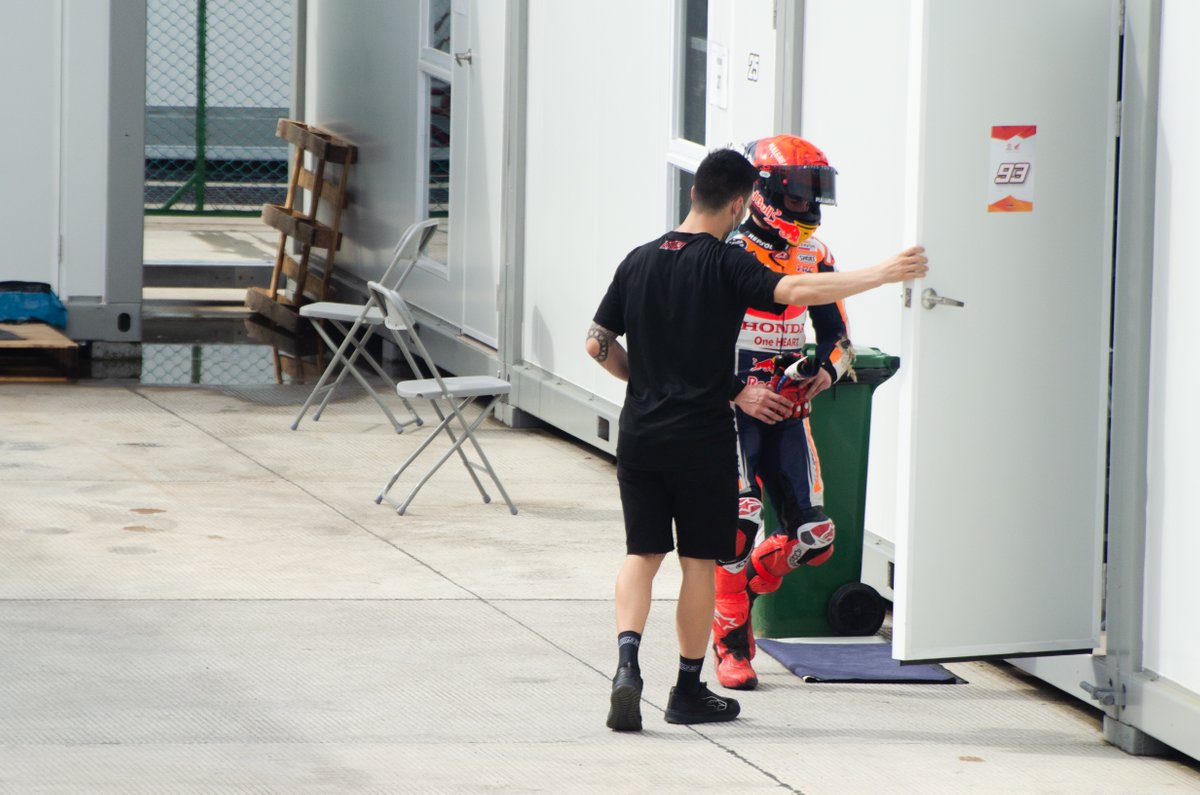 But the stiffer casing has caused major rear grip issues for a number of riders, chiefly those on Honda and Suzuki machinery.

The lack of rear grip for the Honda has been evident throughout the Indonesia weekend as Marquez suffered numerous rear-end moments through the sessions – including in warm-up before his massive crash.

Team-mate Pol Espargaro branded the tyre change as “unfair” as he feels its has penalised Honda who he believes has built the best bike on the grid around the 2022 tyres.

The Spaniard also felt like it would be hard for him to finish Sunday’s race because the lack of rear grip from the old casing design is forcing Honda riders to over-work the front.

For the 2022 season, MotoGP has tightened up its protocols regarding concussions, which may put Marquez in doubt for Sunday’s race given how staggered he looked as he got to his feet after the crash.