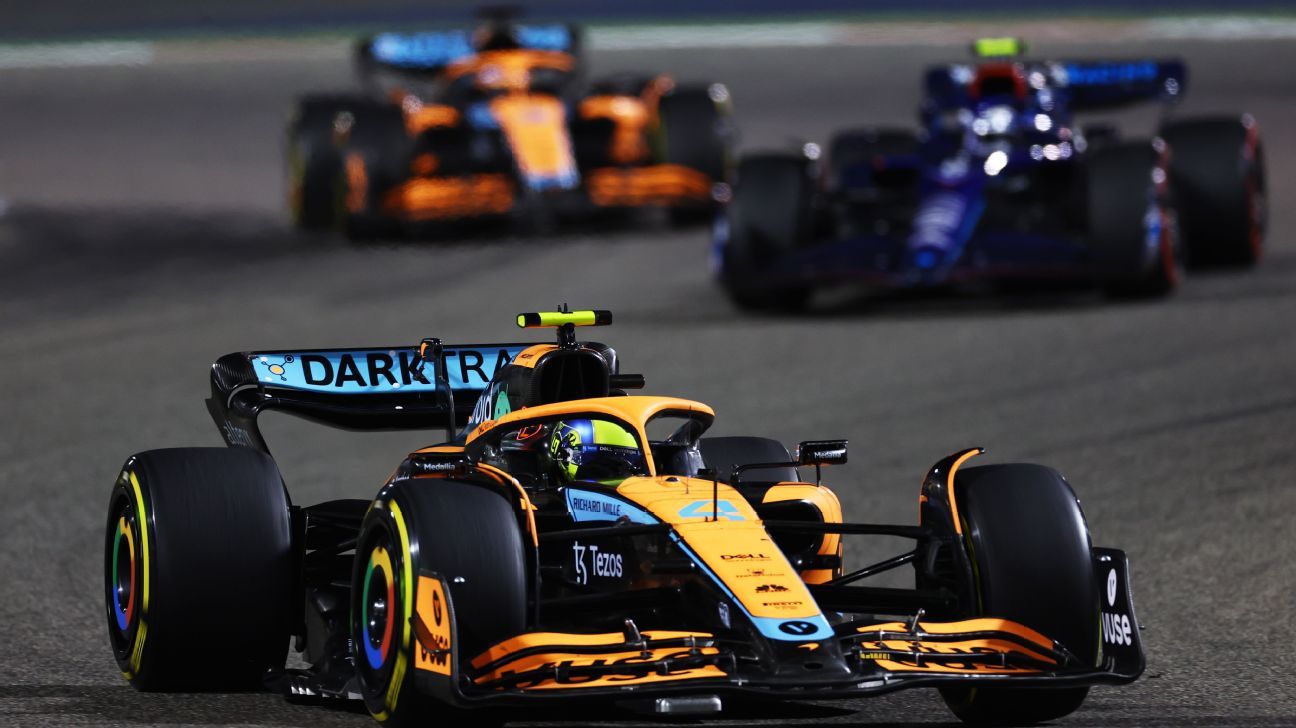 Lando Norris said McLaren does not have much to be optimistic about in Formula One this season after it endured a terrible Bahrain Grand Prix.

Norris finished behind 15th, behind teammate Daniel Ricciardo, in what was a shockingly uncompetitive opening race for the McLaren team.

Coming into the season McLaren was seen as one of the teams that could use F1’s new generation of race cars to propel itself back to the front of the order, but it appears to have delivered a car far behind the likes of Ferrari and Red Bull.

Even when McLaren had an underwhelming test in Bahrain last week it was assumed it would be fourth, behind Mercedes, but the opening race suggests McLaren is much further off the pace than that, something Norris believes the team will have to get used to.

“I’m expecting pain, and I think everyone needs to know there’s probably going to be a bit of pain,” Norris said about his outlook for the year.

“As McLaren, and myself, we expect a lot more, but it’s not what we have at the minute, we have to get used to it, we’ve been in this position a few years ago but we have to remain optimistic the team and everyone back at MTC [McLaren Technology Centre] can figure things out and we can get back on track.”

He added: “I’m hoping this is as bad as it gets, might not be, could be, there’s a lot of time, we still have a whole season of development and figuring things out.”

When asked how he was still putting on a smile after such an underwhelming start to the year, he said: “It’s a brave face.

“Of course, difficult. I’m sure it looked as bad as it felt. This is where we are, quite simply, we just have to get a little bit used to it now. Of course over the last few seasons there’s been a lot of expectation from us within the team but also everyone else watching and we just haven’t got it right at the minute. We’re a long long way off, not a little bit, a long way.”

The F1 season continues with the Saudi Arabian Grand Prix on March 27.