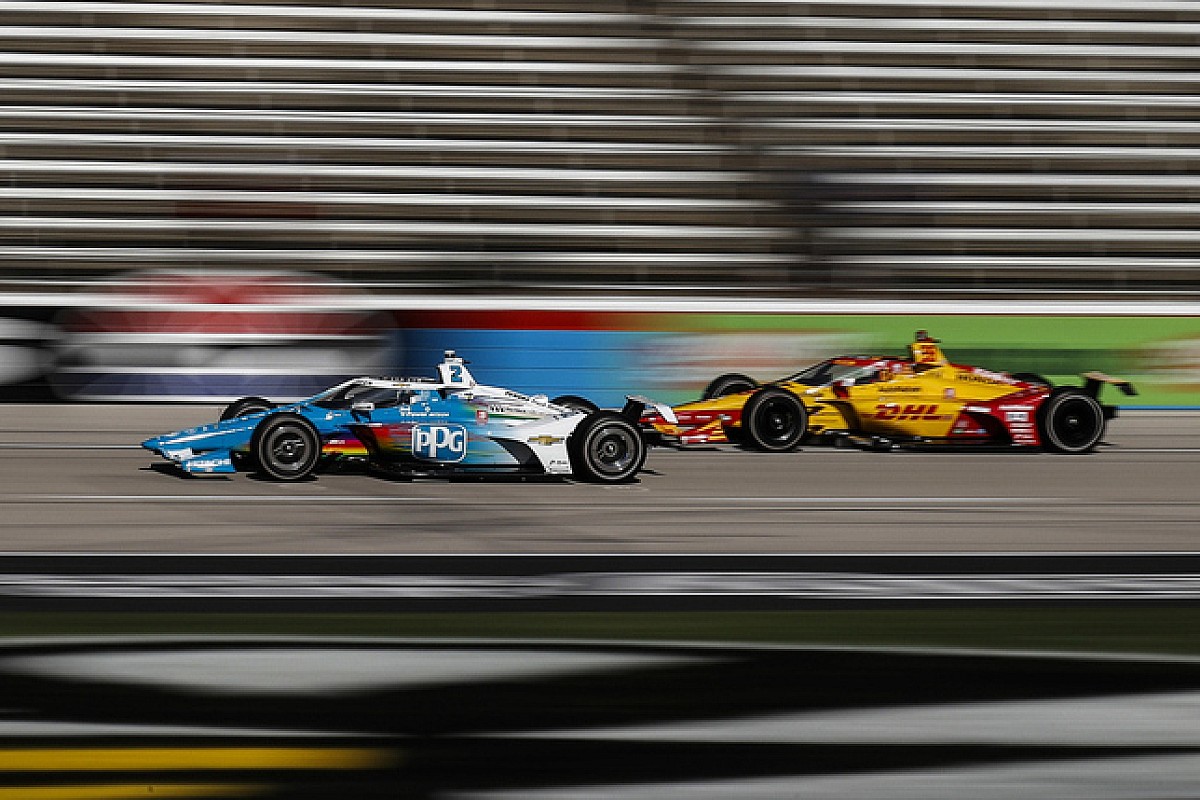 Harvey, who has qualified only 24th yet was fastest of the Rahal Letterman Lanigan-Hondas in a strangely poor event for the team so far, was on his 26th lap of the 1.5-mile track in final practice when his car understeered in the middle of Turn 2.

Harvey downchanged, his car started oversteering, and its right-rear wheel appeared barely to kiss the wall, but it was enough to unsettle the car and wrench it out of Harvey’s control.

It looped around and across the track to make heavy contact with the inside wall and then slid along the back straight to Turn 3.

Thankfully, Harvey – who struck a wall in St. Petersburg, too – was able to step from the car unaided, and the RLL team started to build up the spare tub for Sunday’s race.

By contrast, Harvey’s team-mates had a somewhat reassuring session, their cars clearly quick in the draft, with rookie Christian Lundgaard fourth and Graham Rahal seventh, but coming from the back of the field will be difficult without taking major strategy risks, given the difficulty of passing here. 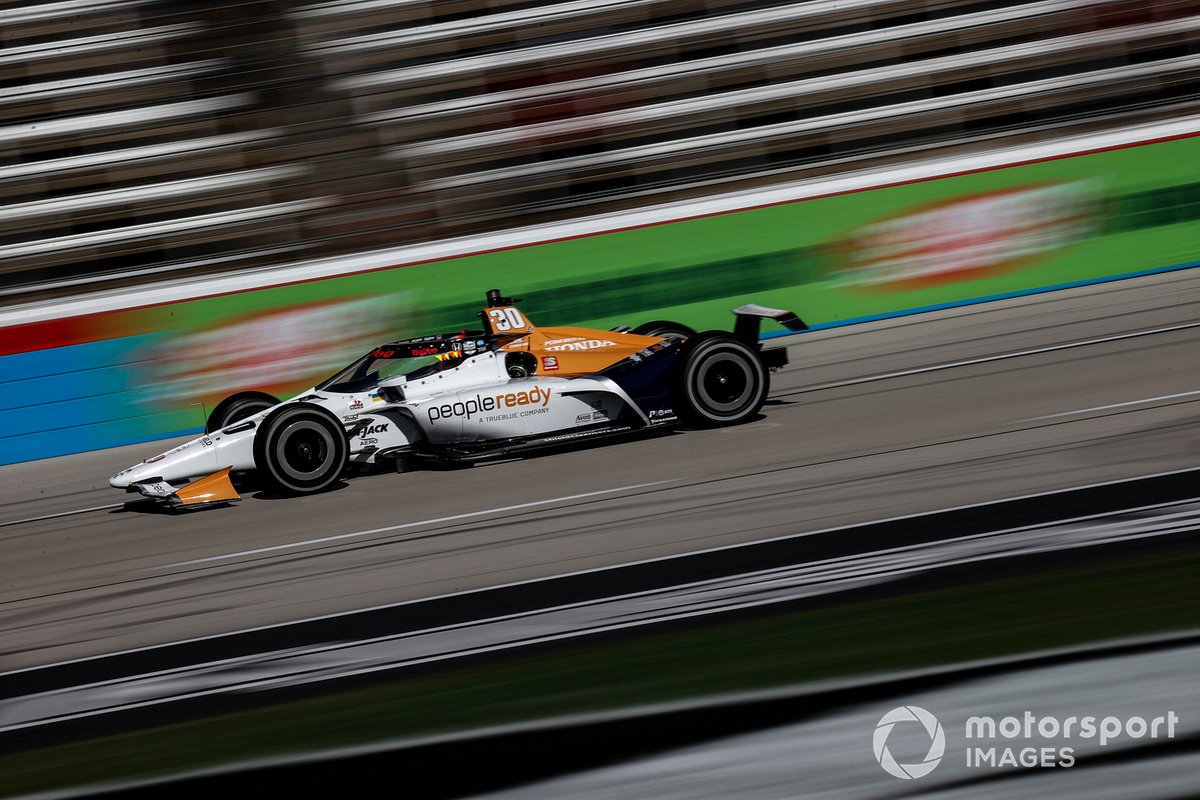 That said, before this final practice, seven drivers did endeavour to open up a second lane through the turns with a 30-minute session that involved Helio Castroneves, Will Power, Takuma Sato, Rahal, Ed Carpenter, Pato O’Ward and polesitter Felix Rosenqvist running the high line – exceptionally high line in the case of Castroneves.

The results appeared somewhat inconclusive, in that the drivers could keep their cars away from the wall, but were still having to feather the throttle in order to make it through, thus ensuring the high line was slower.

Come FP2 proper, Team Penske’s two-time IndyCar champion Newgarden went to the top of the speed charts on his 23rd of 73 laps, whereas his closest pursuer Scott Dixon of Chip Ganassi Racing set his best time in the draft on his 60th of 65 laps.

Polesitter Felix Rosenqvist proved his car was stable in the draft with third fastest ahead of Lundgaard, while Colton Herta led the Andretti Autosport contingent in fifth.

Takuma Sato of Dale Coyne Racing with RWR proved his quali pace could be backed up by race pace with sixth fastest.

As well as Lundgaard, two other drivers relatively unfamiliar with Texas Motor Speedway – aside from testing – Romain Grosjean and Devlin De Francesco, crept into the top 10, the latter surviving an alarming tail-happy moment out of Turn 4 to draft past his new team-mate.

Jimmie Johnson, who will be making his oval IndyCar debut, was a commendable 13th on a track where he won seven times in a NASCAR Cup car. He was also the busiest driver this afternoon, turning 100 laps.