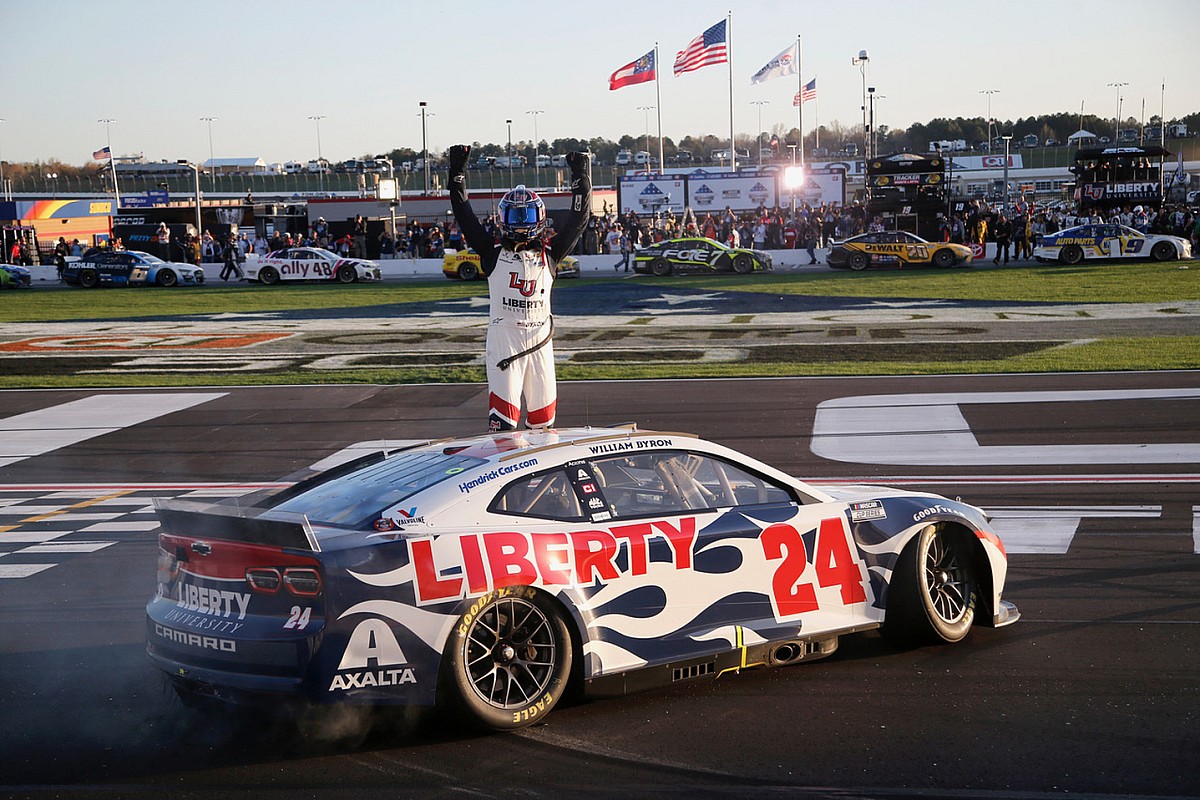 As Byron took the white flag to signal the final of 325 laps, Ross Chastain attempted to make a move on Byron for the lead but was thwarted by Christopher Bell who passed him on the inside to take second on the back straightaway.

Bell, however, was penalised by NASCAR for passing below the red line and was sent to the end of the lead lap in the running order.

Byron held on to claim the victory – his first of the year and third of his career. Three different Hendrick Motorsports drivers have won three of the season’s first five races.

Byron had earlier claimed the Stage 1 win under caution after a multi-car wreck on the front stretch, as Kyle Busch got into Austin Dillon to start a collision in which Ty Dillon and Briscoe were also involved. The cleanup of the incident lasted until the conclusion of the stage.

Battling with Chastain, Byron held the lead in the early part of that stage – but the former picked up the advantage during an early competition caution as NASCAR officials checked tyre wear.

While leading the race, Chastain then had a right-rear tyre go down which sent him skating up into the wall, which brought out a caution.

About half of the field elected to pit with Bell the first out of pit road, as Chastain was penalised two laps for taking fuel while on the damaged vehicle policy.

Byron, however, stayed out and remained in the lead to secure victory in the first stage, pitting in the caution between stages and eventually working his way back up to the lead by the 144th lap. 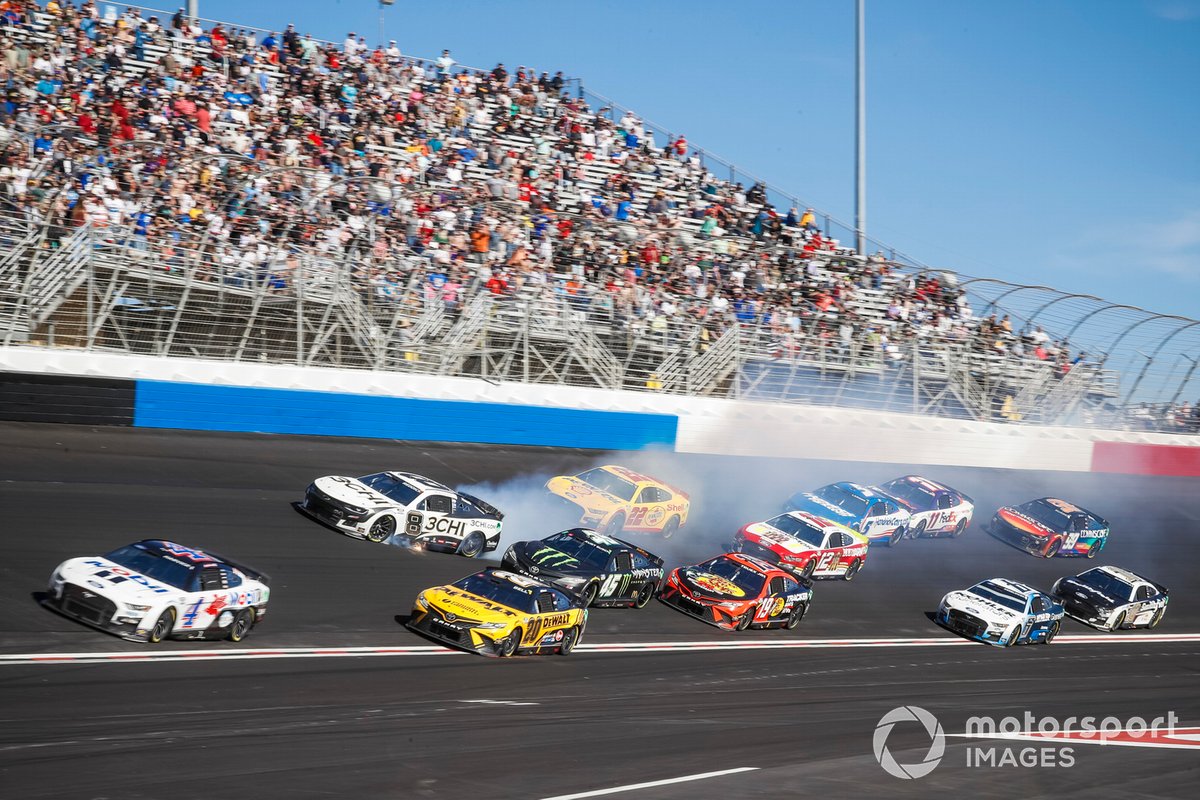 Retaining his lead through a debris caution, Byron then dropped towards the end of the second stage, but returned to the leading group in the final stage and cleared Aric Almirola to move to the front.

At the 300-lap mark, Byron was still in control ahead of a quick-fire pair of cautions, and although Bubba Wallace was next to challenge after the restarts, the Hendrick driver held firm.

Thus began the battle with the recovering Chastain, but Bell’s baulk on the Trackhouse driver cemented the win in Byron’s favour.

“It was so different, those last few laps there and trying to manage the gap to Bubba and trying to not get too far out front,” Byron, 24, said. “It’s my spotter Brandon’s (Lines) his first win, so congrats to him.”

Sunday’s race was the first in the Cup series on the newly revamped Atlanta. The track was repaved and the banking was increased from 24 to 28 degrees. In addition, the track width deceased from 55 feet to 40 feet in the corners.

The race featured 46 lead changes among 20 different drivers – both track records – and was very similar to the pack racing seen typically on Daytona and Talladega.

Chastain was credited with second after Bell’s penalty, recovering from his two-lap penalty to beat Kurt Busch to third.

Daniel Suarez factored in the battle for the lead in the early part of the third stage, but eventually finished fourth as Corey LaJoie rebounded from a wreck to round out the top-five – his best Cup Series finish.