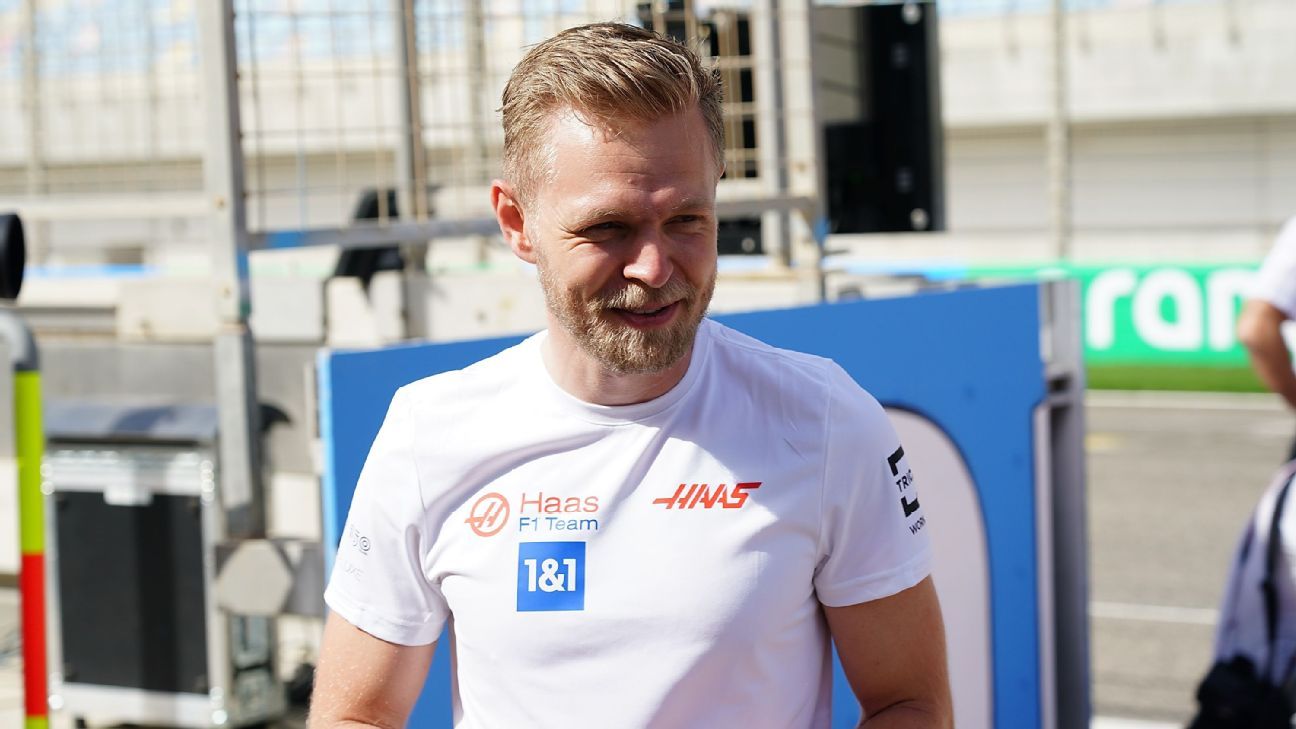 Formula One returnee Kevin Magnussen said he was dreaming of a “lucky” podium after leading resurgent American team Haas to their highest finish in over three years at last week’s season-opening Bahrain Grand Prix.

The Dane, who raced with the team from 2017 until the end of 2020, was rehired as a last-minute replacement for sacked Russian Nikita Mazepin and scored a fifth-place finish in his first race back.

The result gave the team, which finished 2021 at the bottom of the overall standings without scoring a point, their highest finish since the Austrian Grand Prix in 2018 and a much-needed boost.

It lifted them to third in the early championship standings behind only Ferrari and Mercedes and sparked optimism that the team had finally turned the page on the last few seasons of on and off-track turmoil.

“I don’t see us driving onto the podium on pace any time soon but I could kind of expect us to be in the position we were in Bahrain, leading the midfield…,” Magnussen told reporters on Thursday at the Saudi Arabian Grand Prix.

“If you’re there, you’re the first one to receive that podium if you have that lucky day where a lot of people have problems… or there’s a red flag at the right time on a track that’s hard to overtake, or something like that.

“That’s something I’m dreaming about,” he added.

Haas, whose best championship finish was fifth in 2018, were the fourth-best team in Bahrain on pure pace.

Magnussen was on course to finish seventh until Red Bull pair Max Verstappen and Mexican Sergio Perez retired in quick succession in the closing laps.

The result handed the Dane a fairytale comeback and raised the prospect of the U.S.-owned team recording their best ever season.

But Magnussen said it was important not to get carried away.

“There’s always the danger you have such a great first race and you expect to be there every time,” said the 29-year-old, whose second-place finish on his F1 debut with McLaren in 2014 remains his best result.

“My first race in F1 I got in the podium then after that I was disappointed with everything that wasn’t a win because I finished second.

“I won’t make that mistake again, take it race by race, build up this championship and just get the best every time.”