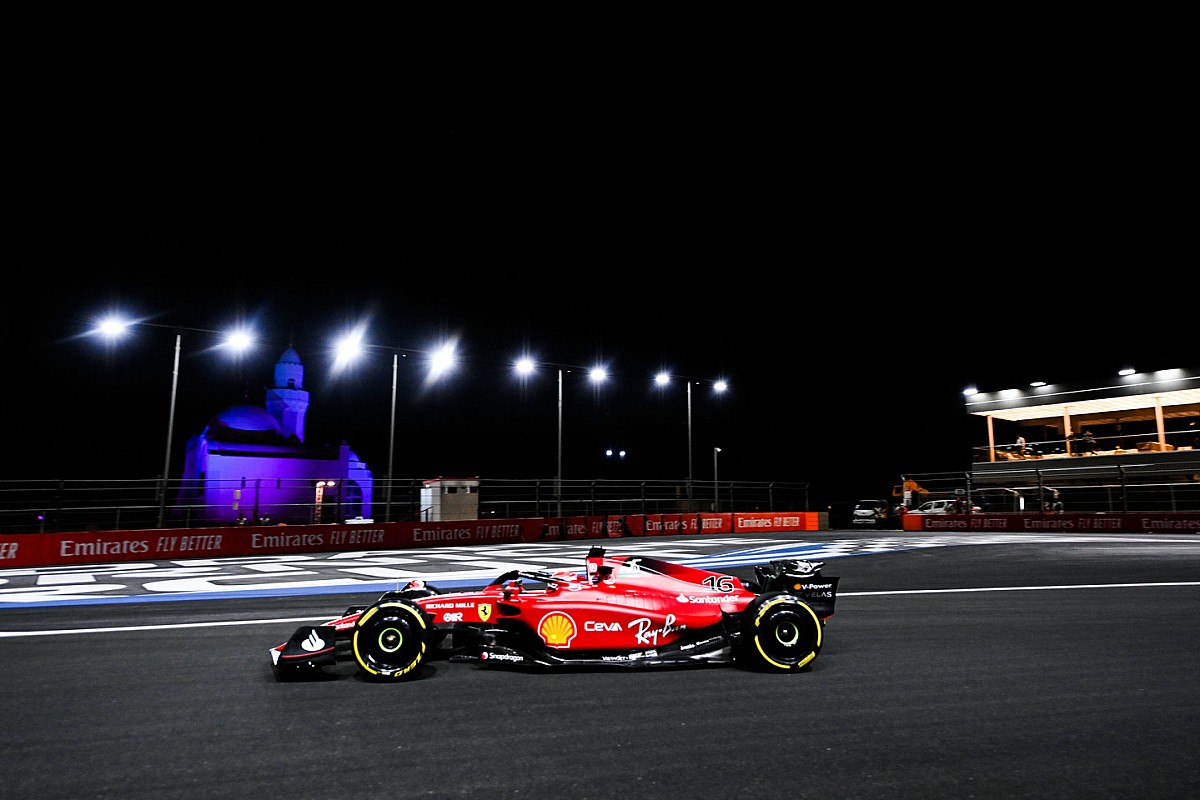 Fresh from his victory in the 2022 F1 opener in Bahrain, the Ferrari driver topped FP2 by 0.140s from Red Bull’s Max Verstappen but Leclerc saw his session ended prematurely after he sustained car damage in a hit with the wall.

Leclerc’s team-mate Carlos Sainz Jr suffered a similar fate and also missed out on the final 20 minutes of the second practice session, meaning Ferrari has no long run data to learn from ahead of the Saudi Arabian GP.

But events on the track were overshadowed by a missile attack on an oil facility near the Jeddah circuit on Friday afternoon, when F1’s first practice session was midway through, and has prompted unease within the paddock.

F1 chiefs held meetings with the local authorities to get clarification of what happened at the Aramco facility and an update on what safety precautions had been put in place at the Jeddah Corniche circuit.

Following a preliminary meeting with drivers and team principals ahead of second free practice, F1 CEO Stefano Domenicali hosted another meeting on Friday night alongside FIA president Mohammed Ben Sulayem to update everyone on the situation.

The 40-minute meeting ended with agreement among the team principals that the race could go ahead, based on promises that F1 had been given about security in Jeddah. 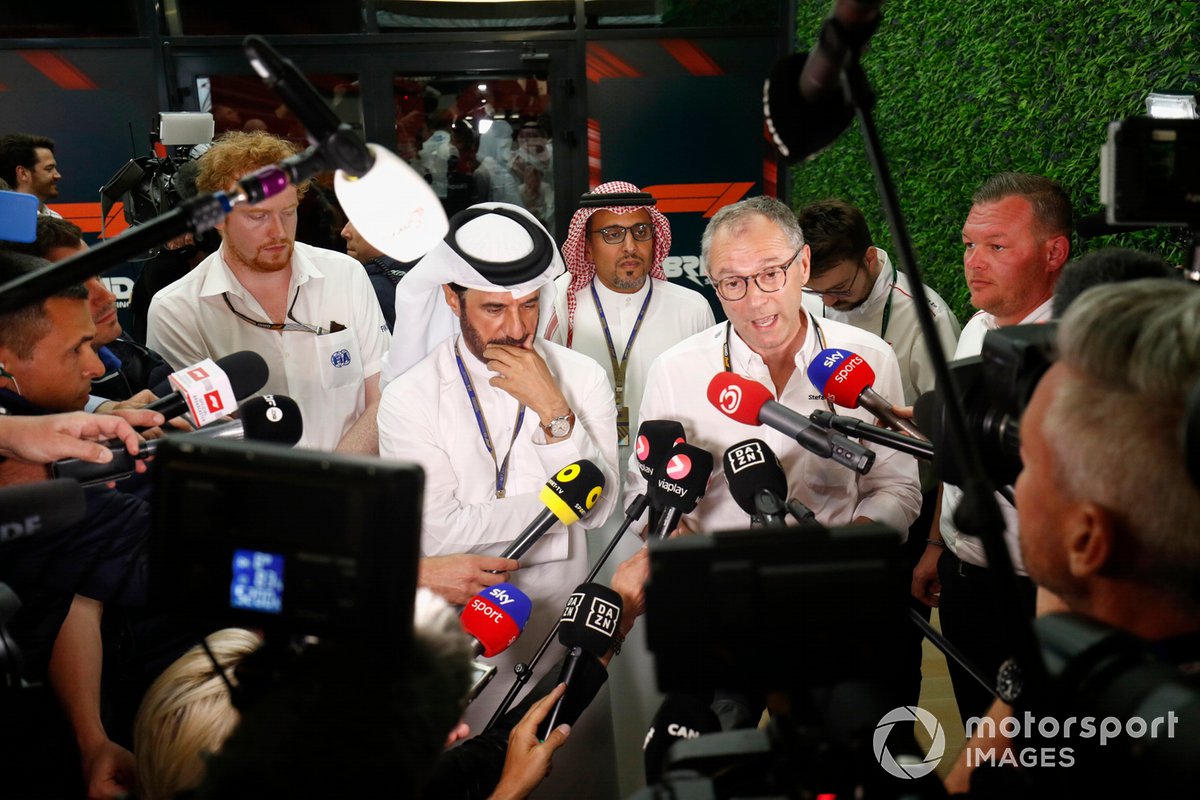 Mohammed bin Sulayem, President, FIA, Stefano Domenicali, CEO, Formula 1, hold a Press Conference to confirm that the event will proceed as planned in the wake of a missile attack on Jeddah

What time does qualifying start for the Saudi Arabian Grand Prix?

Sky Sports F1, which broadcasts the F1 races, can be added as part of the Sky Sports channels which costs £20 a month for new customers. Sky Sports can also be accessed through NOW with a one-off day payment of £11.98 or a monthly membership of £33.99 per month. 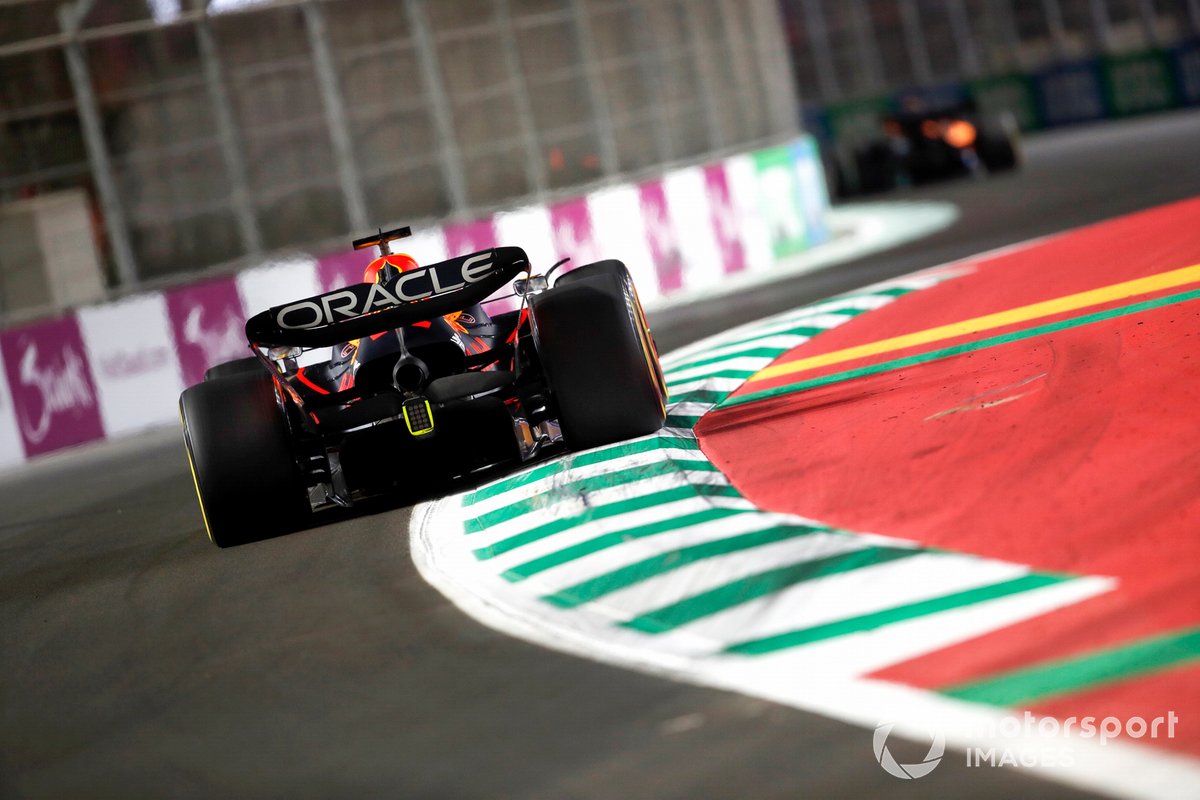 How can I watch Saudi Arabia GP qualifying?

Autosport will be running a live text coverage of qualifying here.

When can I watch the highlights of Saudi Arabian GP qualifying?

In the United Kingdom Channel 4 is broadcasting highlights of qualifying for the Saudi Arabian GP at 8:30pm GMT on Saturday. The full programme will run for 90 minutes, covering both qualifying and wrapping up the major talking points of the race weekend so far. 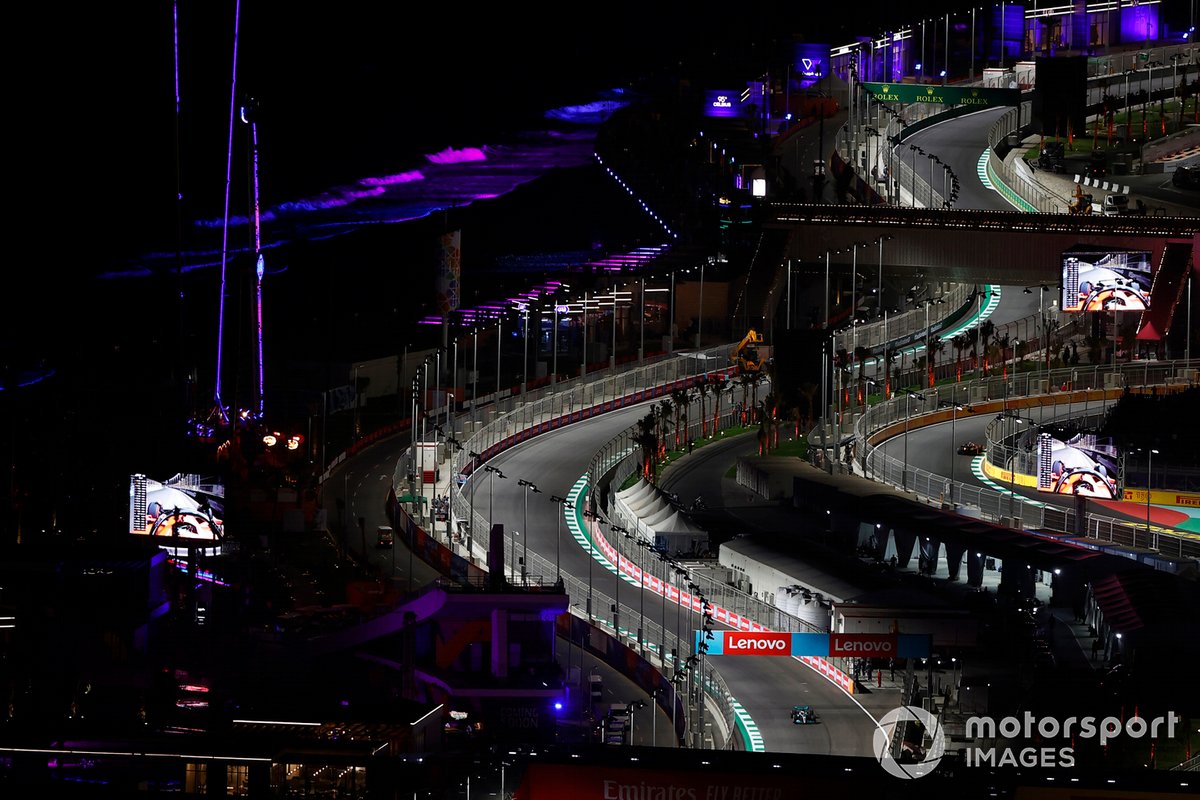 Will Saudi Arabian GP qualifying be on the radio?

Live radio coverage of every practice, qualifying and race for the 2022 F1 season will be available on the BBC Radio 5 Live, BBC 5 Live Sports Extra or via the BBC Sport website.

What’s the weather forecast for qualifying at the Jeddah Corniche Circuit?