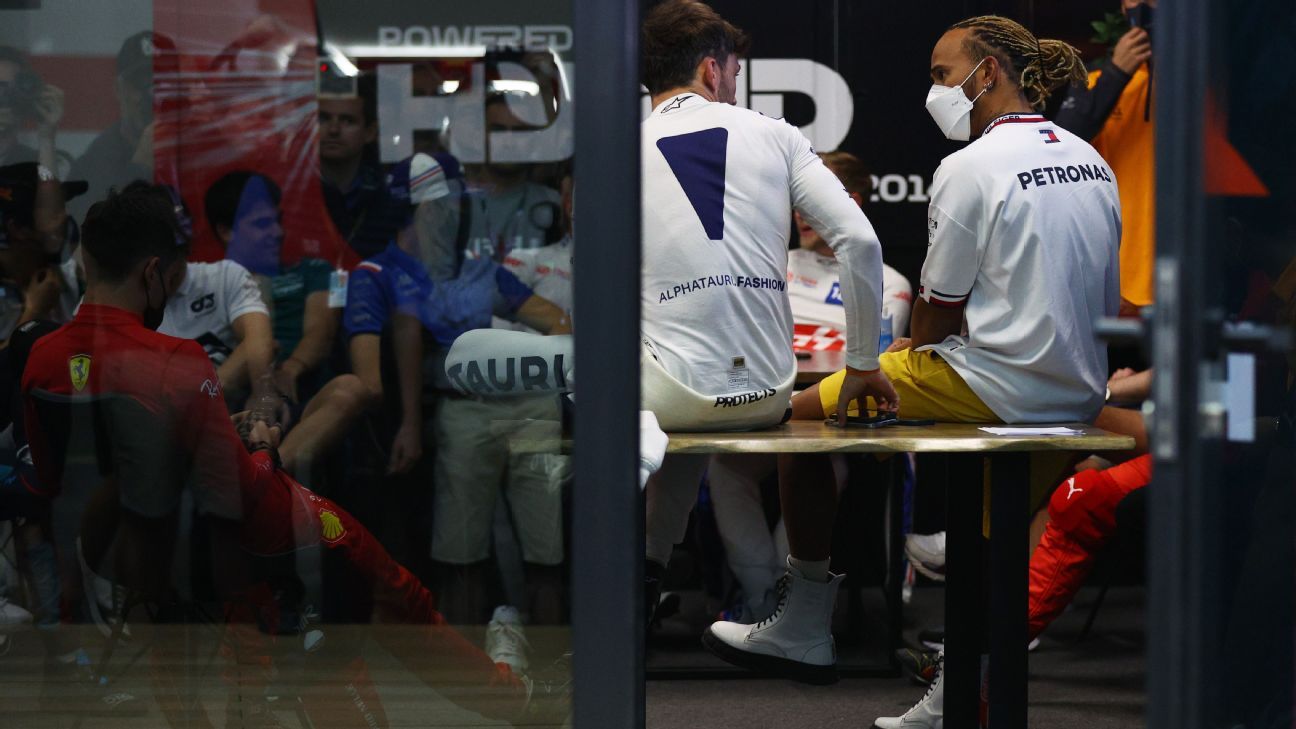 JEDDAH, Saudi Arabia — Leading Formula One drivers have made clear that they want to revisit the topic of Formula One’s presence in Saudi Arabia once Sunday’s race in the country is over.

On Friday night, all 20 F1 drivers were on the brink of boycotting this year’s race after a missile attack on a nearby oil depot raised security concerns.

In a series of meetings that lasted for over four hours, F1 executives, team bosses and Saudi Arabian officials attempted to reassure drivers of the safety of the event, and at 2:30 a.m. on Saturday a collective decision was made to race on as normal.

Details of how that agreement was reached have remained private between those involved, but some drivers made clear on Saturday that they want to revisit the topic of racing in Saudi Arabia once the race weekend was over.

“I don’t want to go too much into details on this subject now, but it’s definitely a discussion that we should have after this race, once everything calms down and we’ll look back at it, and then we’ll see,” Ferrari driver Charles Leclerc said.

His Ferrari teammate Carlos Sainz added: “I agree. I think there will need to be discussions after this race. Because clearly what has happened in the last 24 hours is definitely a point of discussion and consideration that we need to take going into the future.”

Mercedes driver George Russell, who represented the drivers in Saturday’s 2 a.m. conclusive meeting with team bosses, F1 CEO Stefano Domenicali and FIA president Mohammed Ben Sulayem, said the decision to race this weekend was the right one but that the discussion on the events of Friday would not end there.

“I think the clarity was needed, the conversation was certainly needed,” Russell said. “And I think it was good, we were all standing united, firstly, between all the drivers, and then together with Formula One, and ultimately, we trust in Stefano, Formula One as a whole. And, you know, we wouldn’t be here if we didn’t think it was right to be here.

“Obviously, there’s going to need some clarity after this race weekend where we go from here. But from what I understand, everything was under control in this specific region, and what happens outside of the region, you cannot control. I don’t know what to say, really.”

Alfa Romeo driver Valtteri Bottas revealed that, aside from assurances of increased security, one of the more compelling arguments to race this weekend was that the teams would have been stuck in Saudi Arabia either way due to logistical reasons and a shortage of flights.

“We drivers, we were all concerned if it’s safe for all of us to be here racing, we got decent explanation on things,” he said. “And also we went through all the options like, what if we don’t race, for example, because the teams would still have to stayed here for a couple of days packing stuff, and it’s also not like we can create some new fights so that everyone can get home.

“So we’re all already here, let’s finish the race. They’ve increased the security and their defense system, so everyone agreed we might as well do the race and hope for the best.”

McLaren driver Daniel Ricciardo said he felt the drivers had been a central part of the decision to race on this weekend, but that the issues raised on Friday should be revisited.

“I think it’s something that we have to, let’s say, keep assessing,” he said. “We were very much part of a discussion and it wasn’t a one-sided discussion yesterday evening.

“That’s probably the best way to say it. We were very much involved in what the outcome ended up being, which is what we all agreed on.”

Domenicali was interviewed by Sky Sports following the qualifying session and was asked if Friday’s events had raised question marks over Saudi Arabia’s place on the F1 schedule going forward.

“No I think it is not a matter of question marks, it is a matter of understanding the situation for sure,” he said. “We are not blind but we don’t have to forget one thing, this country it is also true that Formula One and the sport, we believe is doing massive step forward.

“You cannot pretend to change a culture that is a millennium in a blink of an eye, the resources they are moving in place to move forward, you see here women couldn’t drive a couple of years ago, they are achieving it, they are changing a lot of laws to make sure this is happening.

“Of course there is tension, things to improve, we don’t want to be political on that, but I believe we are playing a very important role in the modernisation of this country, we are focusing on making sure this is at the centre of our agenda.”

Mercedes team boss Toto Wolff said the most important thing was to avoid a repeat of a situation like Friday where a race could be called into doubt by a disagreement over security.

“I think the drivers are stakeholders in the sport, as are the teams and the commercial rights holder,” he said. “And that’s why everybody’s opinion is allowed and will be part of a discussion.

“At the end it’s Stefano who decides where we race, together with Mohammed, and that is what it is. But certainly we want to avoid a situation like yesterday where we didn’t know if the race was on or not.”