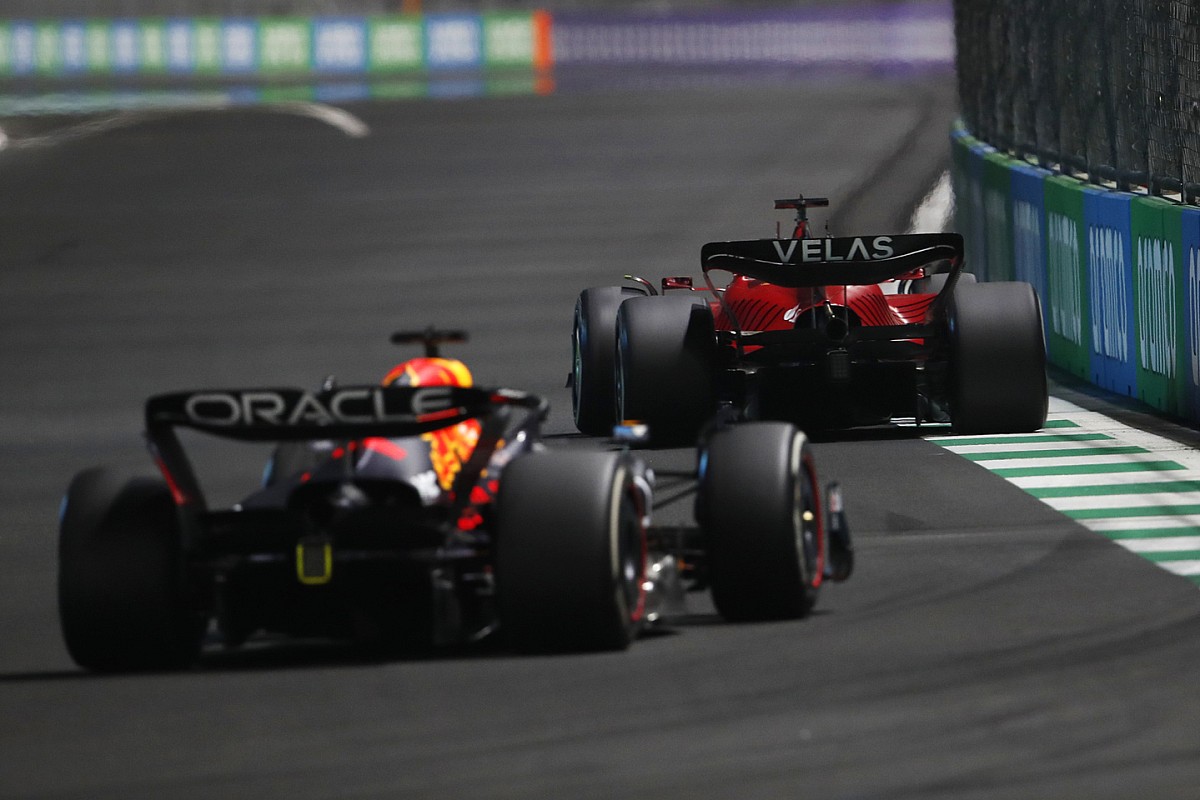 The fight for victory at the Saudi Arabian Grand Prix between the Monegasque driver and Max Verstappen was swung by the effectiveness of DRS.

As well as it setting up some cat-and-mouse games between Leclerc and Verstappen at the DRS detection zone before the final corner – as they each tried to trick the other in to being ahead – the overtaking aid proved critical in most of the overtakes in the race.

PLUS: How Verstappen learned to combat Leclerc’s detection zone tactics in Saudi thriller

While there had been some hope that the F1 2022 rules overhaul would allow good racing without such reliance on DRS, drivers feel that it still an absolute must.

Leclerc, who finished second behind Verstappen at Jeddah, reckoned without it, there would not be much action right now.

“I think DRS needs to stay for now, otherwise the races would be very boring,” he said.

“As much as following has been better from last year to this year, and it’s a very positive step, I still think it’s not enough to get rid of the DRS.

“It’s part of it and I actually quite enjoy it. It’s part of the strategy for each driver in terms of defending and overtaking, and it’s part of racing for now.” 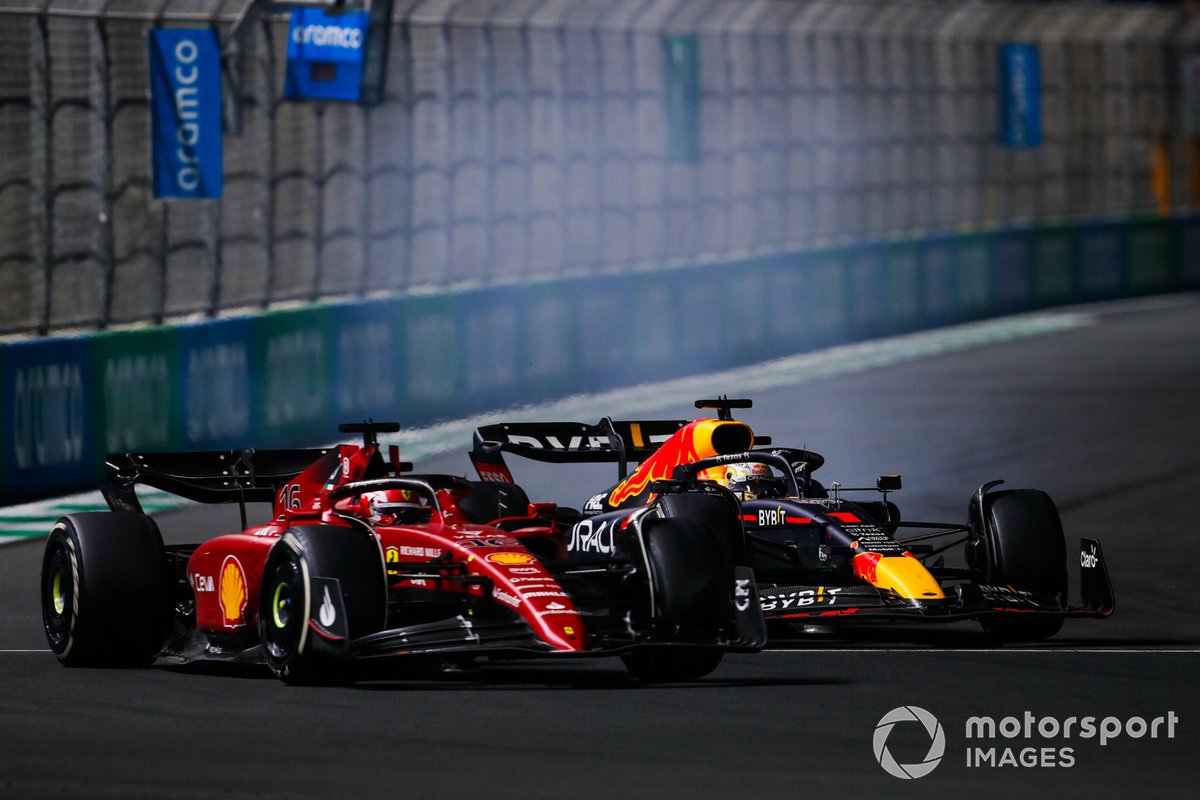 Saudi GP winner Max Verstappen reckoned that DRS provided him with the only means of being able to get past Leclerc for the win.

“If I didn’t have DRS today I would have never passed,” he said after the race. “I think we are still too sensitive for that. And of course, some tracks are easier to pass than others. But for me at the moment, if DRS wouldn’t be there, I would have been second today.”

While the switch to ground effect cars was aimed at making the racing better, drivers still feel there are elements of the rules package that hold them back when it comes to battles.

Verstappen added: “I think the cars are better to follow, it just depends on the tyre. Like the hard tyre was capable of following closer, the other compounds – and this depends on the track – but they just fall apart. As soon as you follow for a few laps, they just open up.

“Also the weight of the car pushes you over the tyre edge. So, this is something we need to look at for the future.”

Carlos Sainz Jr reckons, however, that maybe the effectiveness of DRS could be looked at – as the boost from it was quite strong in Saudi Arabia.

“Without DRS, it is almost impossible to overtake nowadays,” he said. “What it has improved is the predictability of the car in following and it’s given us a much more predictable balance, and the ability to stay closer through the corners.

“But without those three or four tenths that DRS gives you in each straight, it would be impossible to pass – also because the slipstream is lower than last year.

“We might need to consider making the DRS effect a tiny bit lower though, just so we don’t have the delta states that we see nowadays, that some overtakes are maybe a bit too easy.”