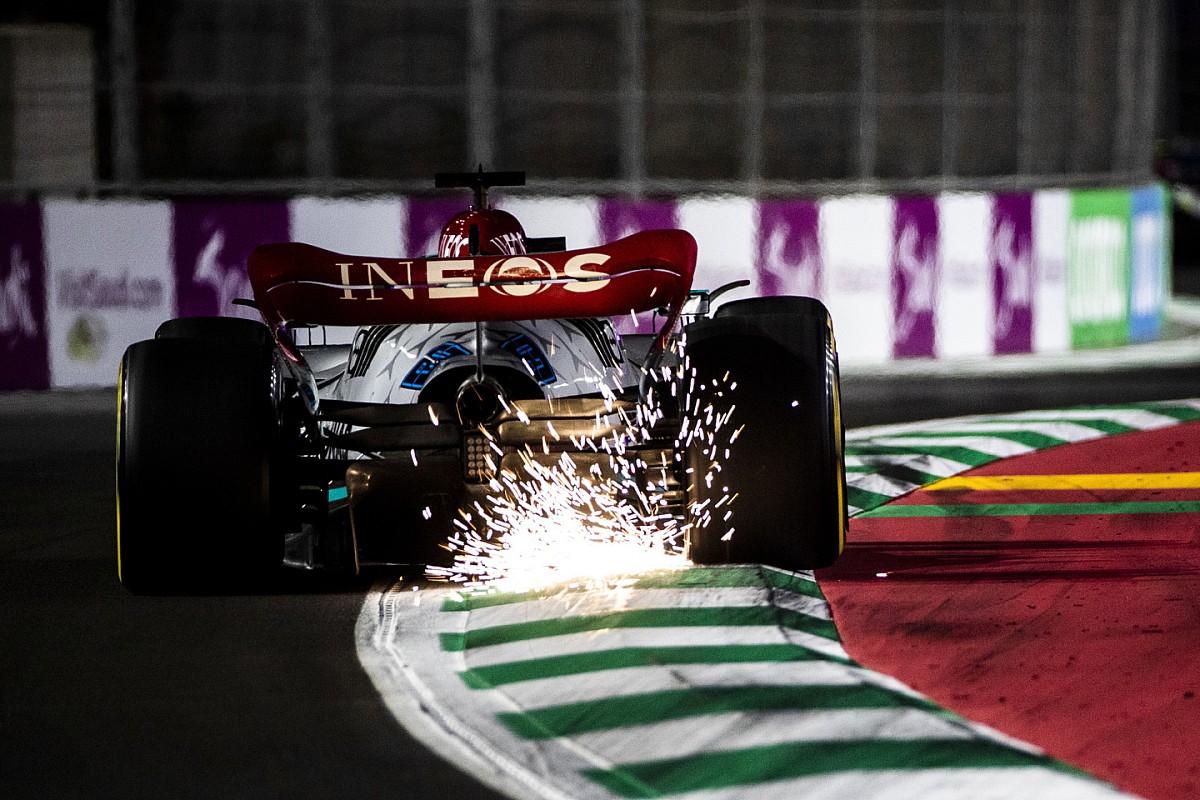 The Brackley-based squad has had a disappointing start to the new season, with its W13 unable to fight on equal terms with the race-winning Ferrari and Red Bull teams.

Its progress has been hampered by the porpoising issue that all teams have encountered to a greater or lesser extent in early running of the new ground effect machines.

While some squads have been able to dial out the problem quickly, Mercedes has found itself still struggling for a set-up answer on how to best get rid of the bouncing without it hurting car performance.

Mercedes head of trackside engineering Andrew Shovlin admits the team still does not have a full handle on how to run the car where it wants without suffering porpoising – and that means it does not know if the W13 is actually capable of fighting at the front.

Asked by Autosport if sorting out a way to get rid of porpoising and not compromise car performance was the main pace driver at the moment, Shovlin said: “That’s probably priority number one. Because that’s ultimately preventing us from running the car where we’d like to run it for optimum performance.

“What we don’t know is, if we could just magically make that issue vanish, where would we actually be in terms of car pace: is the car fast enough or not? And it’s very difficult to answer that question.” 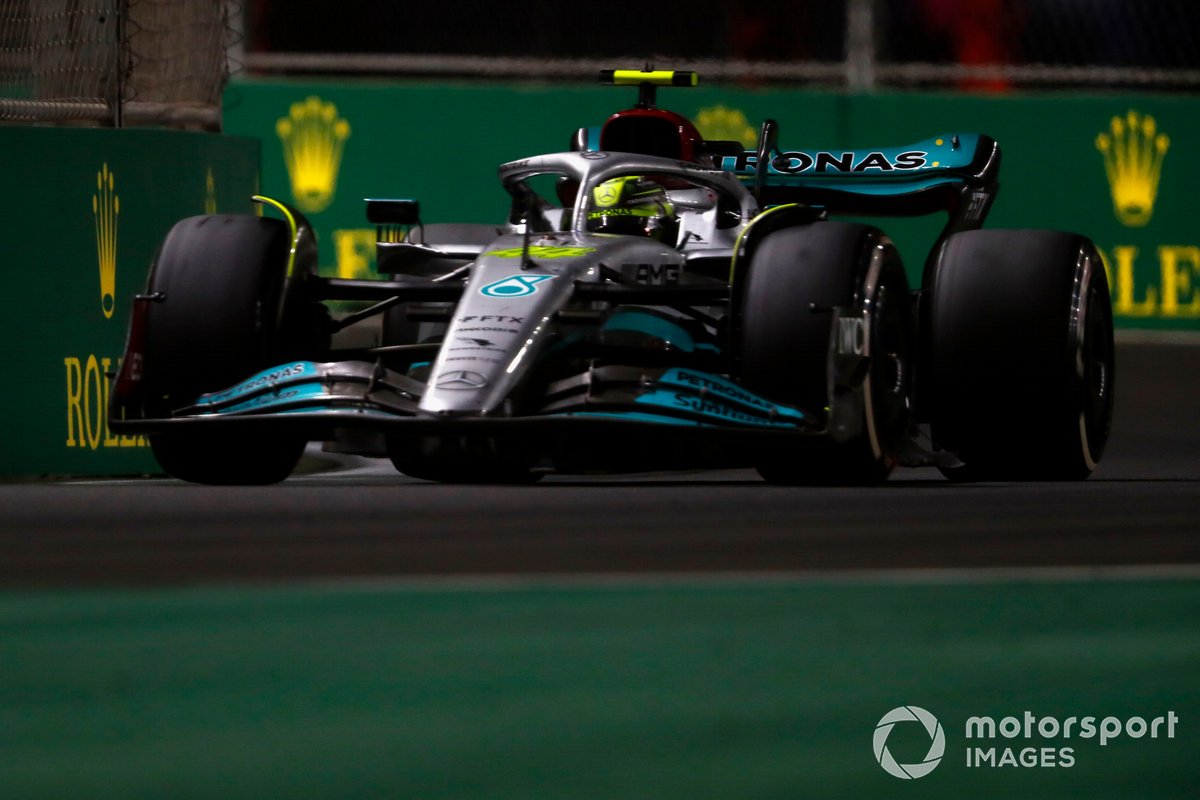 Mercedes says the key to moving forward with its car is in understanding the factors that are causing its car to porpoise. It suspects the issue is much more complicated than just too much downforce pushing the car down on the straights until it hits the ground and bounces up.

“Fundamentally, we need to understand the problem better,” added Shovlin. “We’ve got some avenues that I think are giving us a good direction, but it’s taking a bit of time to get those parts on the car. And we’re working very hard.

“We’re well aware that there are other teams that have got on top of this problem faster than we have. And that’s not the standard we normally work to.

“Every bit of effort at the factory is going into getting on top of this, making sure we don’t neglect normal car development. But there’s a lot of work trying to pull us out of this situation at the moment.”

While some teams have cured their porpoising problems by cutting away sections of the floor – which sacrifices downforce – Mercedes is still sticking with its original design for now.

That is because it thinks that, if it can solve the bouncing, then it can harness all the downforce that it originally believed the W13 design had on tap.

“If you can solve the problem with the porpoising you don’t need to give up the downforce,” he said. “The issue is that most teams, I think, to a greater or lesser extent, are trading one for the other.

“We did try a cutaway floor in Bahrain test. We tried it on Friday in Bahrain. We think what we ended up with was overall a better solution. But at the moment we’re considering what we’ve done as very much sticking plasters for the problem, and we need to fix the problem in a more effective way that doesn’t just drop performance.” 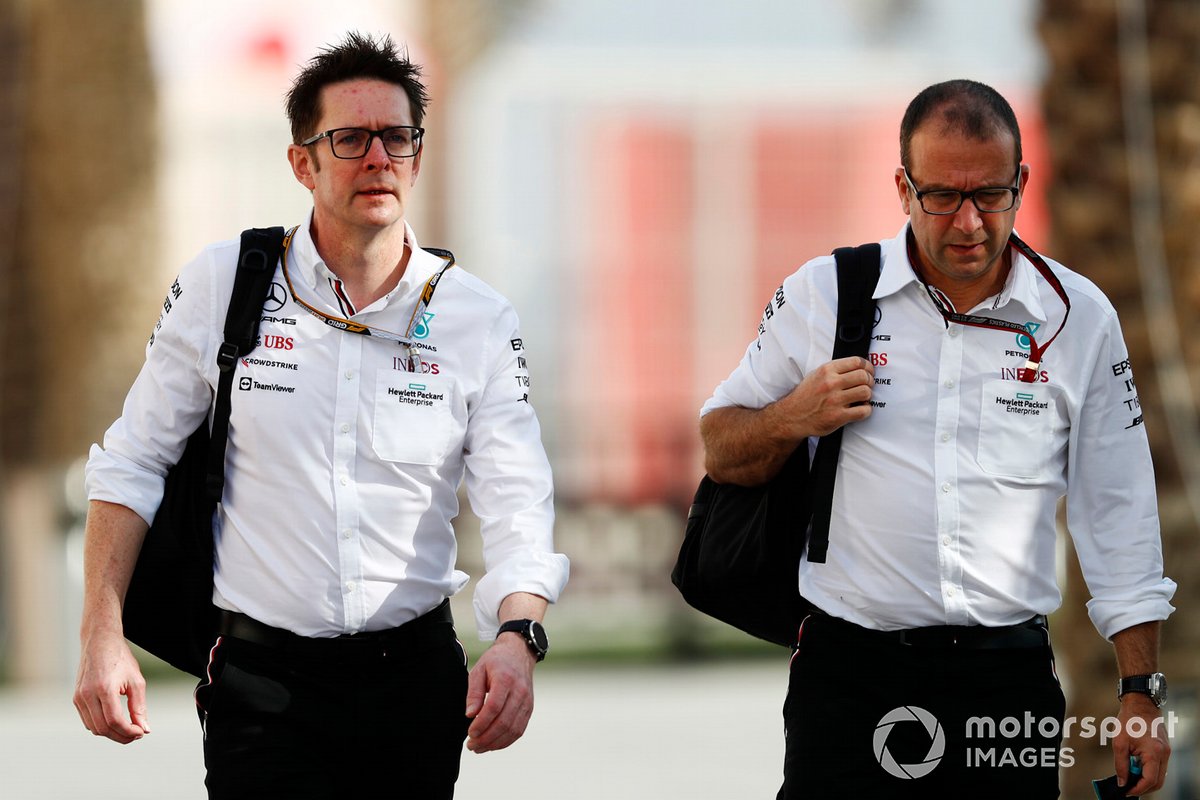 With Mercedes enjoying a two-week break before the next race in Australia, the team will be working hard to consider solutions that could help it for the next grands prix.

But Shovlin said that much more analysis was needed before the team was in a place where it could comfortably say it knew exactly what was needed.

“We’ve got some avenues that are starting to show interesting results and that we’ve explored on track and made a step in the right direction, but clearly not a big enough step,” he said.

“I think it’s a problem that we should get to grips with in the relatively near future, hopefully. We’re not floundering around in the dark, but we do need to move forward quickly.”