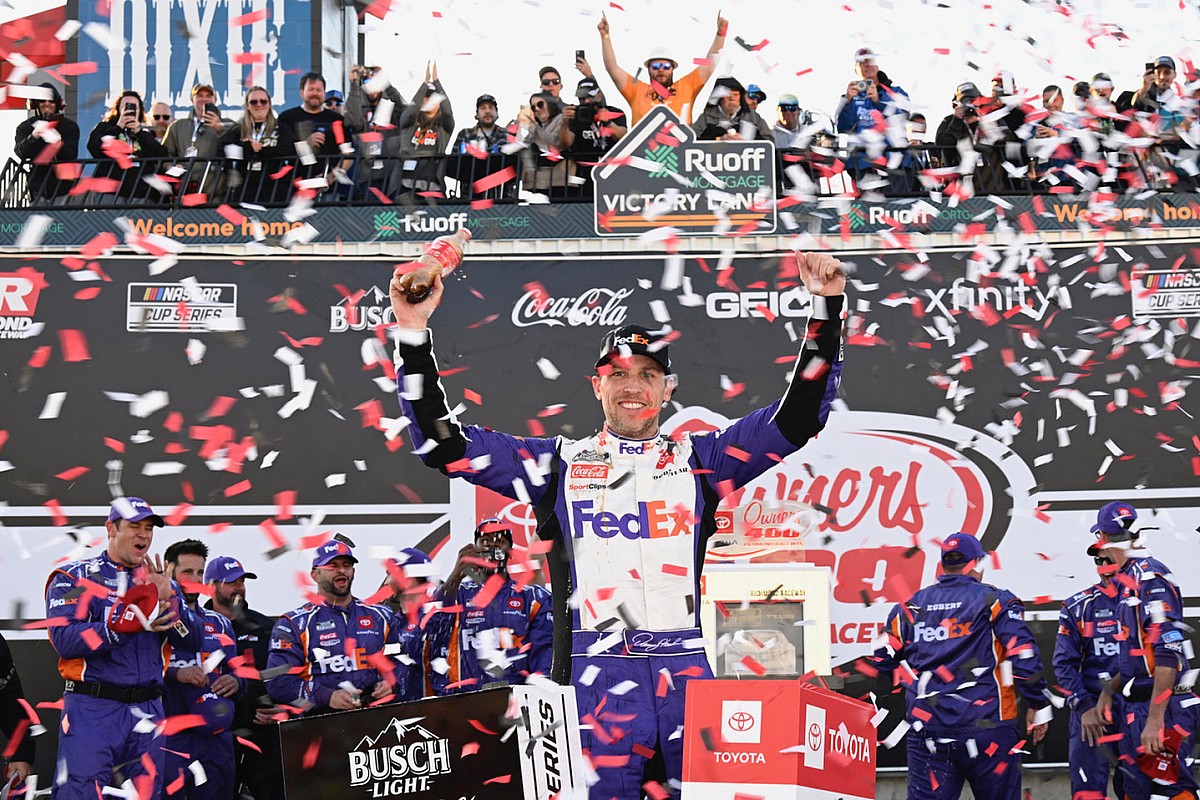 Teams split on running a one or two-stop pit strategy in the final stage of Sunday’s race at Richmond Raceway, with William Byron and Martin Truex Jr opting for one stop in the 170-lap stage, while Hamlin and Harvick were among those using two stops.

Byron, on older tyres, managed to hang on to the lead for 71 laps but Hamlin – on fresher rubber – finally ran him down and passed him with four of 400 laps remaining. Hamlin then had to hold off Harvick to earn his first win of the 2022 season by 0.552s.

The win was also the first for Toyota with the Next Gen car and first for a Toyota driver since last October at Talladega Superspeedway.

The victory was much-needed for Hamlin, who had yet to score a top-10 finish this season and was 22nd in the series standings entering the race.

“Just great strategy there and I just drove as hard as I could. Just so proud of this whole FedEx Camry team, man, just never giving up,” Hamlin said. “There was no doubt in my mind, maybe just a little, but they got this car right there towards the end. Wow, unbelievable.”

Asked about how the win could jump-start his season, Hamlin said, “We needed a data point, something, a good run to kind of balance ourselves on other tracks. Obviously, I think we got it here.”

Byron managed to hang on to finish third, Truex fourth and Kyle Larson rounded out the top-five.