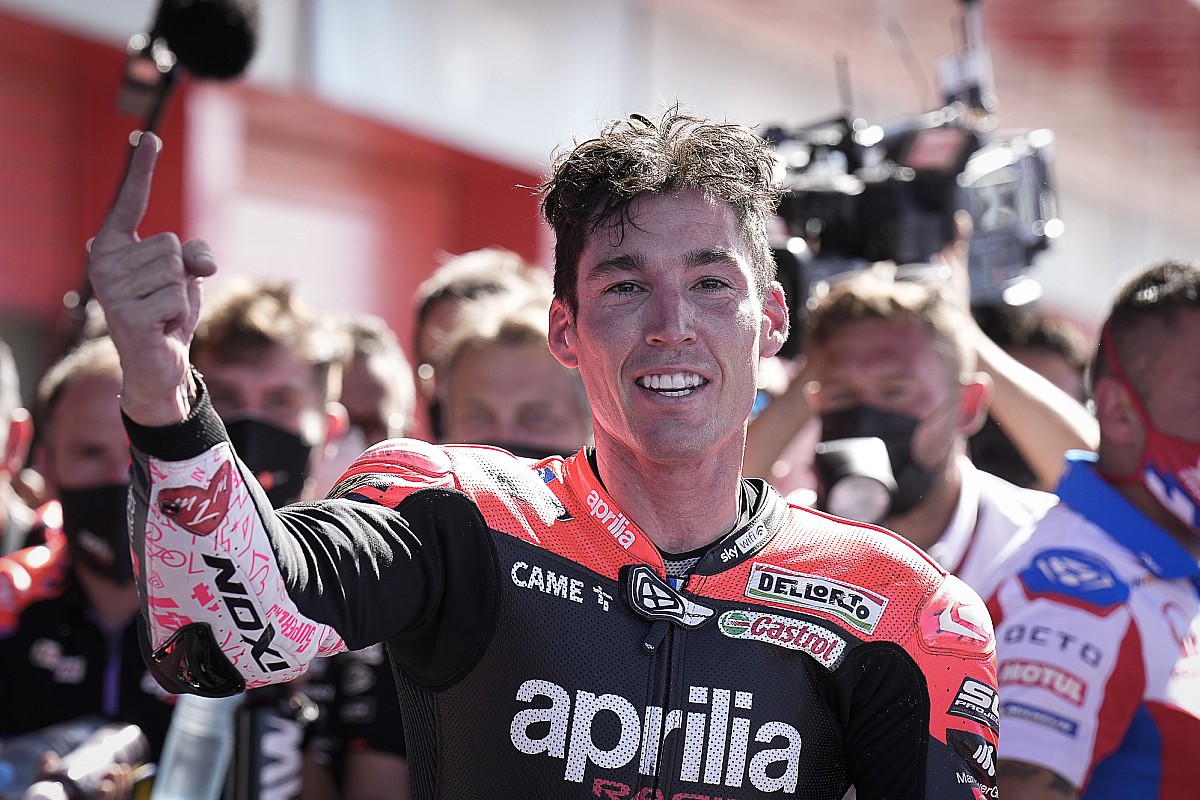 On his 200th MotoGP start, Espargaro made history by claiming the first win for Aprilia in the modern era of the premier class at the Argentina Grand Prix – while also ending a drought for himself dating 283 races back to his 125cc debut in 2004.

Espargaro joined Aprilia from Suzuki in 2017 and has been instrumental in developing the RS-GP into the front-running motorcycle it now is.

In recent years Aprilia has tried and failed to snag top MotoGP talents in Cal Crutchlow and Andrea Dovizioso, while at the end of 2020 – when Andrea Iannone was handed a four-year doping ban – it attempted to court several leading Moto2 names, including Marco Bezzecchi and Joe Roberts.

When asked by Autosport what it meant to prove doubters of himself and Aprilia wrong with his Argentina win, Espargaro says he was spurred on by young riders rejecting offers to join the marque.

“I remember perfectly when I was in Suzuki with Maverick [Vinales] and I finished there because I was not competitive enough, Aprilia called me and I was obviously not on top of the list of fast riders at all,” he recalled.

“But nobody was going there, the fast riders didn’t want to go there, nobody believed in the project. So, from the first day I said ‘I will try to make this bike shine, I will try to take this bike to the top’.

“I didn’t expect it would take me so long, but finally we are achieving it.

“Even three years ago we tried to convince some young riders to come and they say ‘I will prefer to wait for another bike’.

“So, this made me more hungry, it gave me extra motivation because I said ‘Ok, you will remember this day as not a good day in your life when you say no to Aprilia’.

“Still, there’s a lot of work to do, but I think the people – especially the young riders – start to see the Aprilia project more serious, as an option for the future. I think this is great for the sport.” 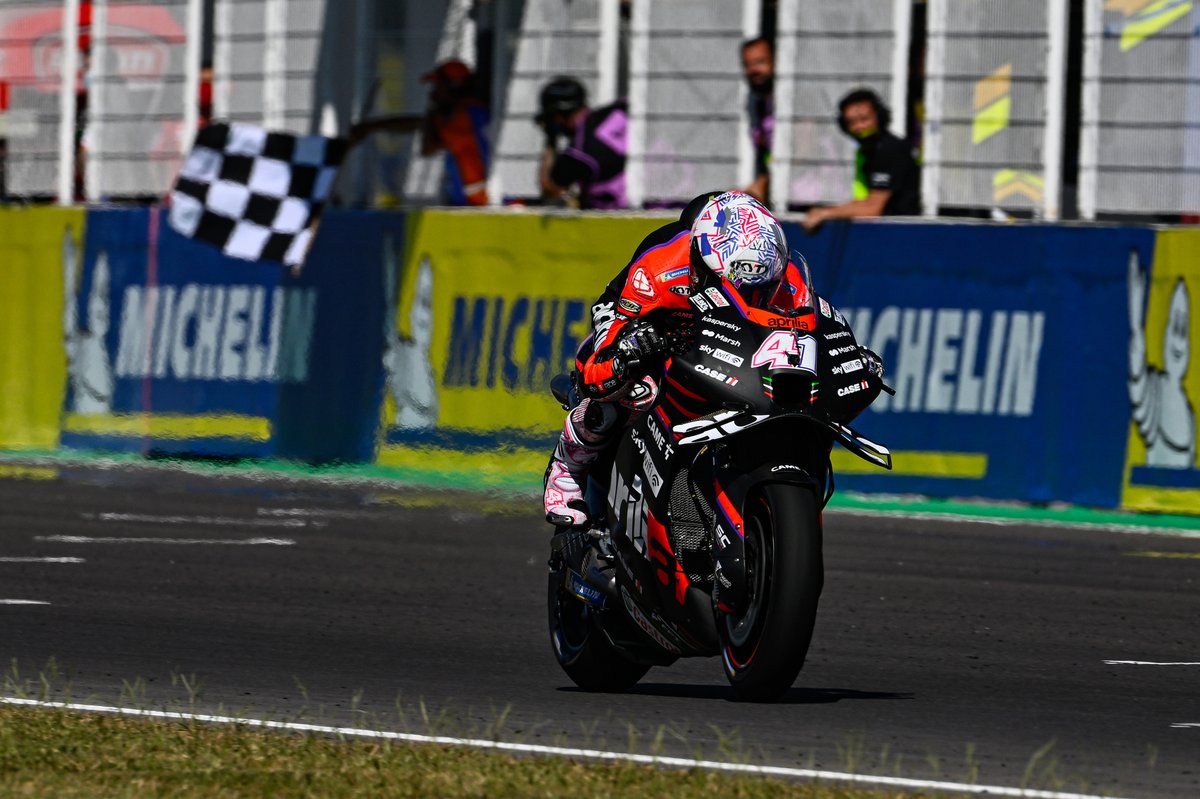 Espargaro’s current contract with Aprilia expires at the end of 2022, though is close to securing a new deal with the Italian marque.

When asked if his win has given him more drive to continue racing, 32-year-old Espargaro said it “would not be fair to myself” to quit now.

“It would be not fair to myself to stop right now,” he said.

“I think that after all the hard work that I did, I never won before, I was never a leading [rider] or one of the strongest of any category.

“So, to be fair to myself I think I should race for at least one or two years. I feel good enough physically and enjoying riding.

“So, sincerely I don’t really care about the future. I want to enjoy this year, trying to be competitive and fast.

“And for sure I have more energy to continue racing. At the same time, I have to say it’s very difficult to be far from my family.

“So obviously if I am able to win races and be in front in the championship, it will be easier.”