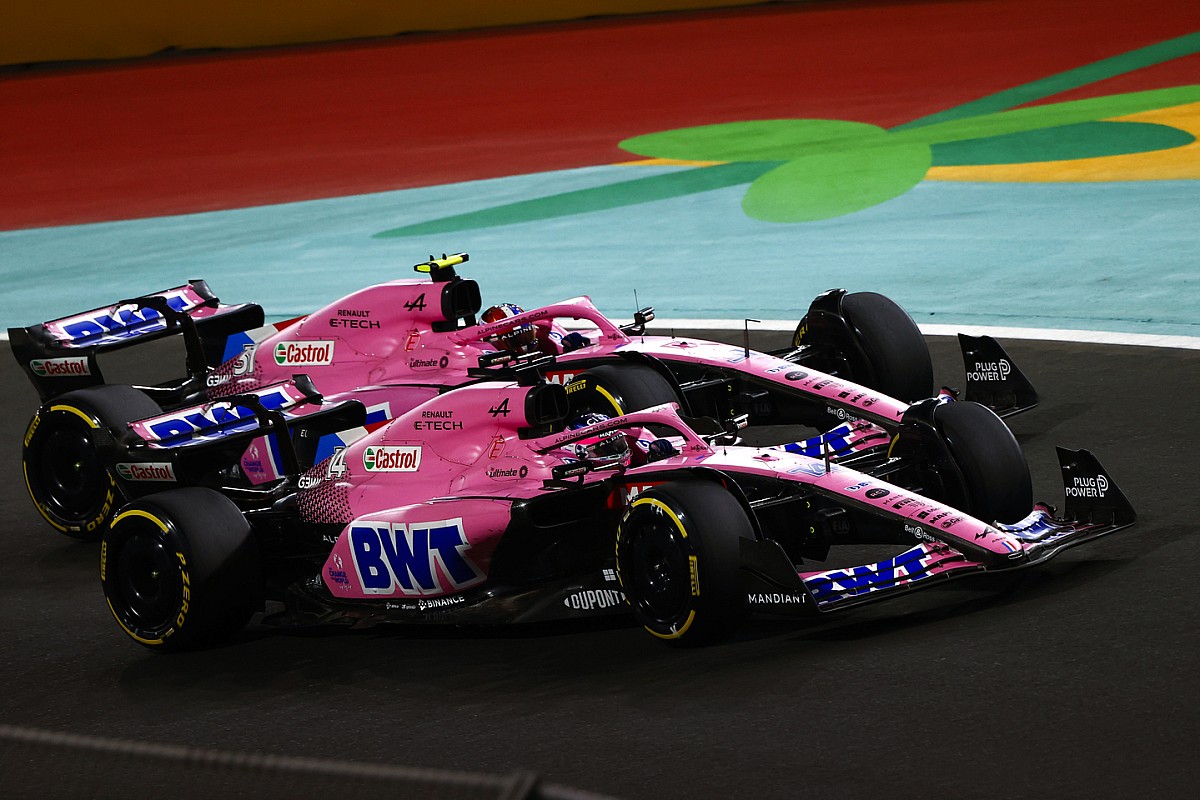 Alonso ground to a halt during the race due to what turned out to be a water pump issue that in turn caused damage to his internal combustion engine, and led the latter being lost from his pool for the rest of the season.

The ICE was new for the Jeddah weekend after the Spaniard suffered an apparent engine issue in the latter stages of the Bahrain GP. It was returned to Renault HQ in Viry for examination, and has now been passed for future use.

In its absence Alonso thus took a second set of new elements for the Jeddah weekend. While only the engine has been damaged, its loss has guaranteed that he will face a grid penalty well before the end of the season, as drivers are only allowed to use three for the year.

“The two issues are not linked,” team principal Otmar Szafnauer told Autosport. “In Bahrain Fernando finished the race, and it was precautionary that we had to take it back to Viry and run it on the dyno. It’s fine, and it’ll go back into the pool.

“However, the one in Saudi, which was a new engine because we took the Bahrain one back to have a look at it, that had a water pump failure. And because of the water pump failure, that engine will not run again.

“The [water pump] fix is done already, so it won’t happen again. It was an easy fix, which is frustrating, as it’s just a water pump.”

Szafnauer acknowledged that a grid penalty for the use of a fourth V6 at some stage this year is now inevitable for Alonso: “I don’t know when that penalty will come. We’ll figure it out, and do what’s right.

“If there are circumstances throughout the year where we can minimise that, we’ll take the new engine then, if we need to.”

Alonso’s retirement in the Saudi Arabian GP was one of three that occurred within two laps, and which left the teams concerned with issues to chase before Melbourne.

After the Jeddah race Alfa Romeo discovered that the overheating issue that stopped Valtteri Bottas was caused by a blockage in the cooling system. 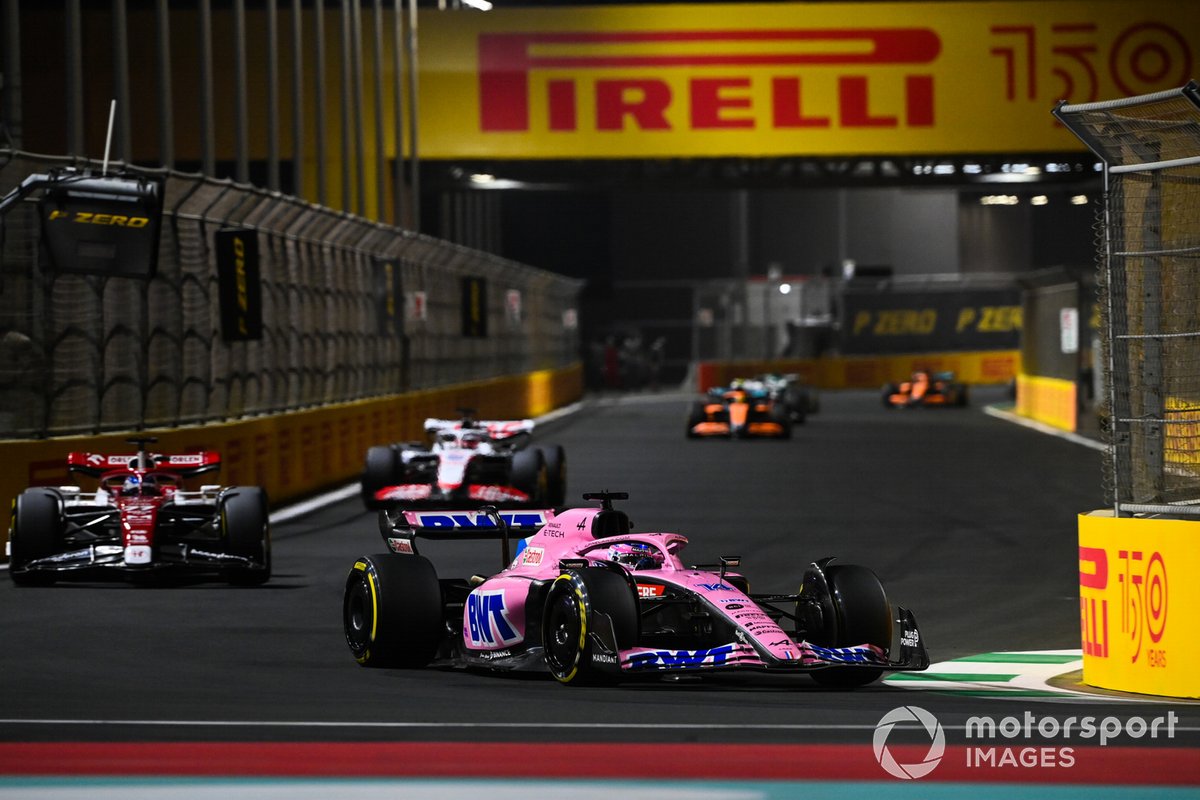 Fortunately the Swiss team stopped the car before there was any damage to the Ferrari power unit, so no elements were lost, and the issue that caused the blockage has been addressed.

Daniel Ricciardo’s retirement meanwhile was due to a gearbox failure. The likelihood is that the unit has been lost from the Australian’s allowance of four for the year before penalties kick in. The team believes that the issue was a one-off.

Jeddah was also a tough weekend for AlphaTauri’s Yuki Tsunoda, who had Honda power unit issues that prevented him from completing a flying lap in qualifying, and then stopped on the circuit on a lap to the grid and thus didn’t start the race. It is believed that Tsunoda has lost the engine concerned from his pool for the year.

“The qualifying issue was not a terminal issue at all, that was something that was relatively straightforward to correct,” AlphaTauri technical director Jody Egginton told Autosport.

“In the race we suffered another PU-related issue with Yuki. The engine is still under inspection, and we’ve got to understand exactly what’s gone on. We’re still diagnosing exactly what it was, but there was no way to take part in the race with that issue.

“We’ll start fresh here and go again. We think we’ve understood some of the background to it.”

AlphaTauri experienced a series of other dramas in Jeddah, with Pierre Gasly suffering clutch problems in practice and also experiencing floor damage. Egginton believes that there won’t be a repeat of either.

“We had a clutch related issue in FP3,” he said. “Again, the boys had a bit of extra work on, but we resolved that and it’s put to bed. It’s just one of those things really, we’re not overly concerned by it. We understand what’s gone on there, and it shouldn’t catch us out again.

“In qualifying we had a few floor issues and had to put some running in repairs in place, but for the race, it was okay. It was potentially just Pierre’s driving line.”

Regarding the run of dramas that began with Gasly’s fiery retirement in Bahrain Egginton added: “It’s not great, the car is showing reasonable pace, but we haven’t had two cars finishing due to various issues.

“It’s just unfortunate that these things happen at times. We’ve just got to put it all together now and get on top of it and see where we go next.”