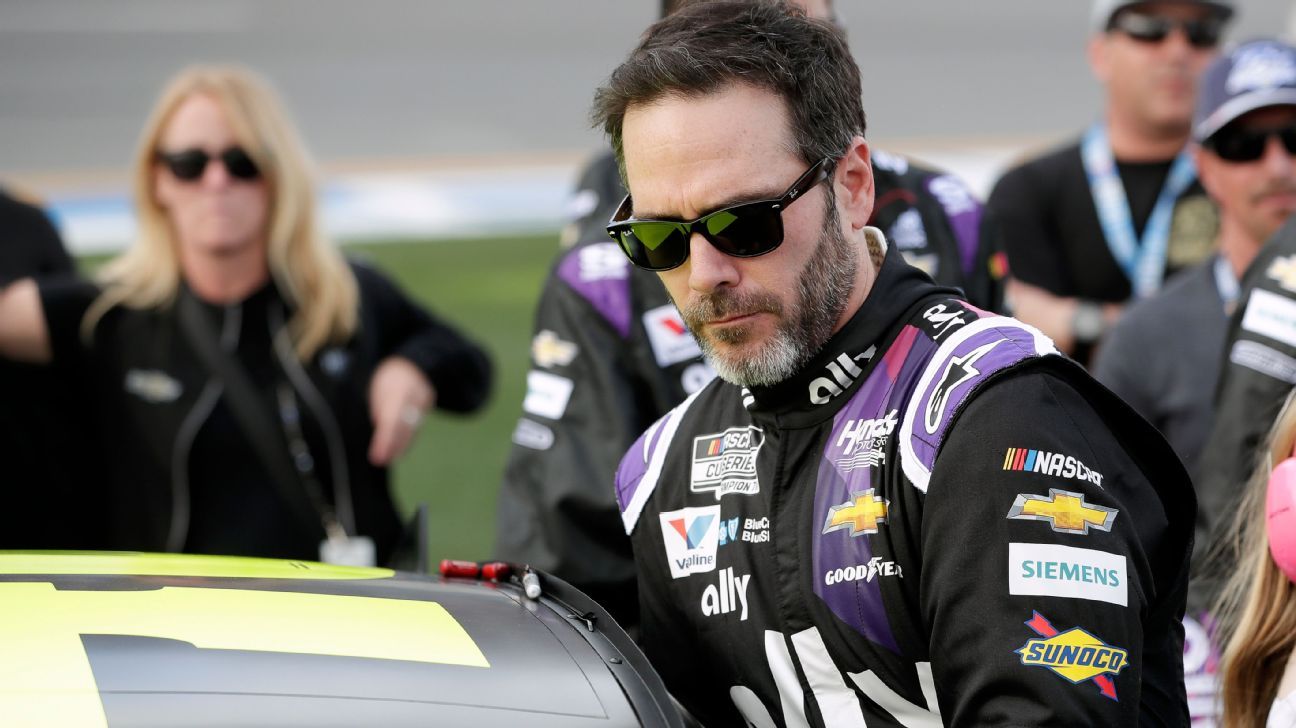 LONG BEACH, Calif. — Jimmie Johnson injured his hand Friday in a crash during practice at the Long Beach Grand Prix.

The seven-time NASCAR champion said he needed further evaluation. Johnson did not remove his hands from the steering wheel — standard practice in open wheel racing but not common in NASCAR — as his car headed into a tire barrier.

The force from the collision caused his hands to snap off the wheel and Johnson’s in-car camera showed him shaking his right hand. He did not participate in the IndyCar driver autograph session and was inside the Chip Ganassi Racing hauler with medical staff.

When the autograph session ended, Johnson posted a video on Twitter that showed his right arm heavily wrapped and in a splint.

“As you can see, I’m a little banged up here and have a splint on,” Johnson said. “First and foremost, apologies to the fans at the autograph session I wasn’t able to attend. Clearly I’ve got something else going on here.

“I’m on my way to be further evaluated just to get a good honest look and understand what my options are. I really don’t have any clarity at this point. And I look forward to updating you all very soon.”

The race is Sunday.

Ganassi has potential replacements in Long Beach because his four sports car drivers compete in the IMSA race on Saturday, and Sebastien Bourdais would be the likely candidate as he just stepped away from IndyCar this season.

“I think he’s got to run some tests to see how he feels,” Bourdais said after winning the pole for the IMSA race.

“If the team wants me to jump in the car, we’ll try to do whatever they want me to do, but they are going to ask him and we’re not there yet. I just really hope that he is going to be fine and can race this weekend.”

Johnson, in his second season of IndyCar after nearly 20 years in NASCAR, is coming off a career-best finish of sixth that energized an audience eager to see him race in next month’s Indianapolis 500.