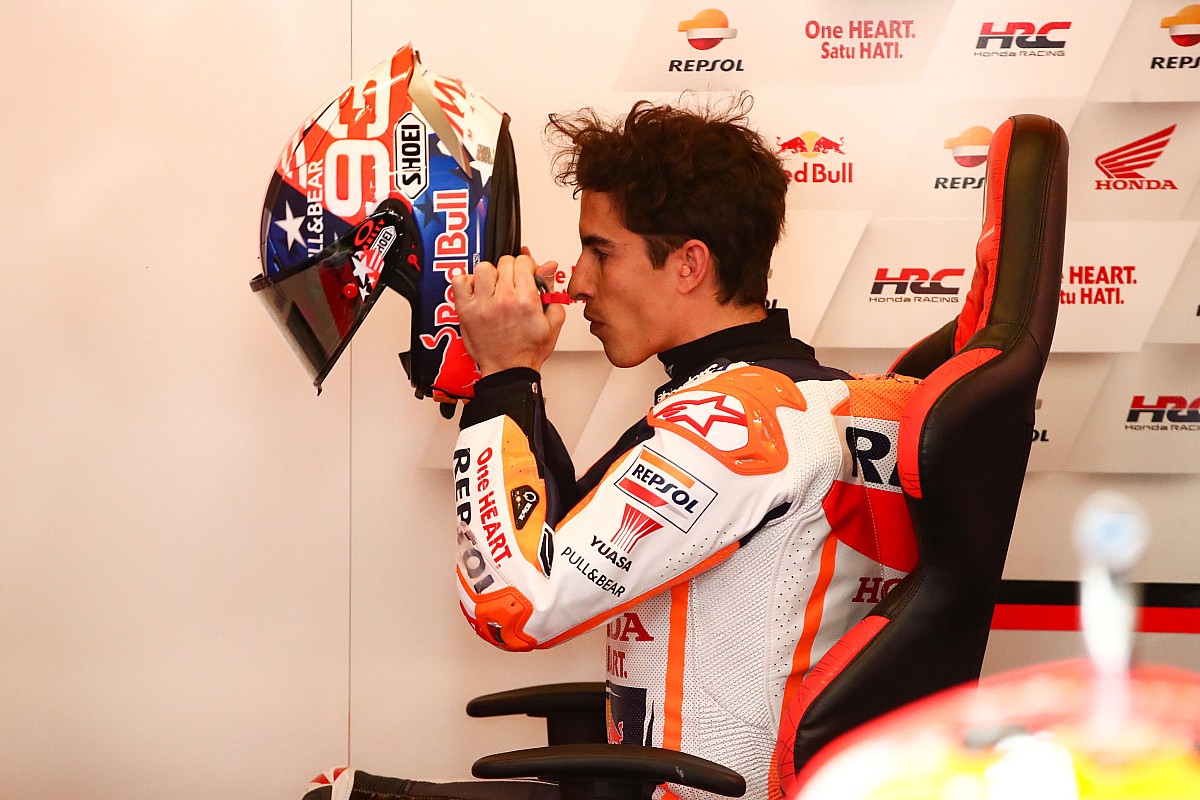 The six-time MotoGP world champion was ruled out of last weekend’s Argentina GP after his violent crash at the previous round at Mandalika, which left him with concussion and forced him to miss that weekend’s Indonesian GP.

Marquez was left suffering vision problems, which also sidelined him for three months late last year, but made his return to the track on Friday at the Circuit of the Americas.

After just five laps in FP1, the Spaniard had already gone fastest and ended the day sixth on combined times.

When asked what his first words to his Honda team were after his initial laps on Friday, Marquez said: “We just spoke about the bike. I said to them I’m here for competing, I’m not here to make laps.

“Of course, if my eyes are not ok or my vision is not ok you cannot ride fast. But I said to them, ‘don’t ask [about the vision], if I have some problems I will [talk] to you’.

“I said ‘don’t ask’. I came to Austin to compete and not to make some laps.

“To compete well you need to work like always on the set-up and all these things.” 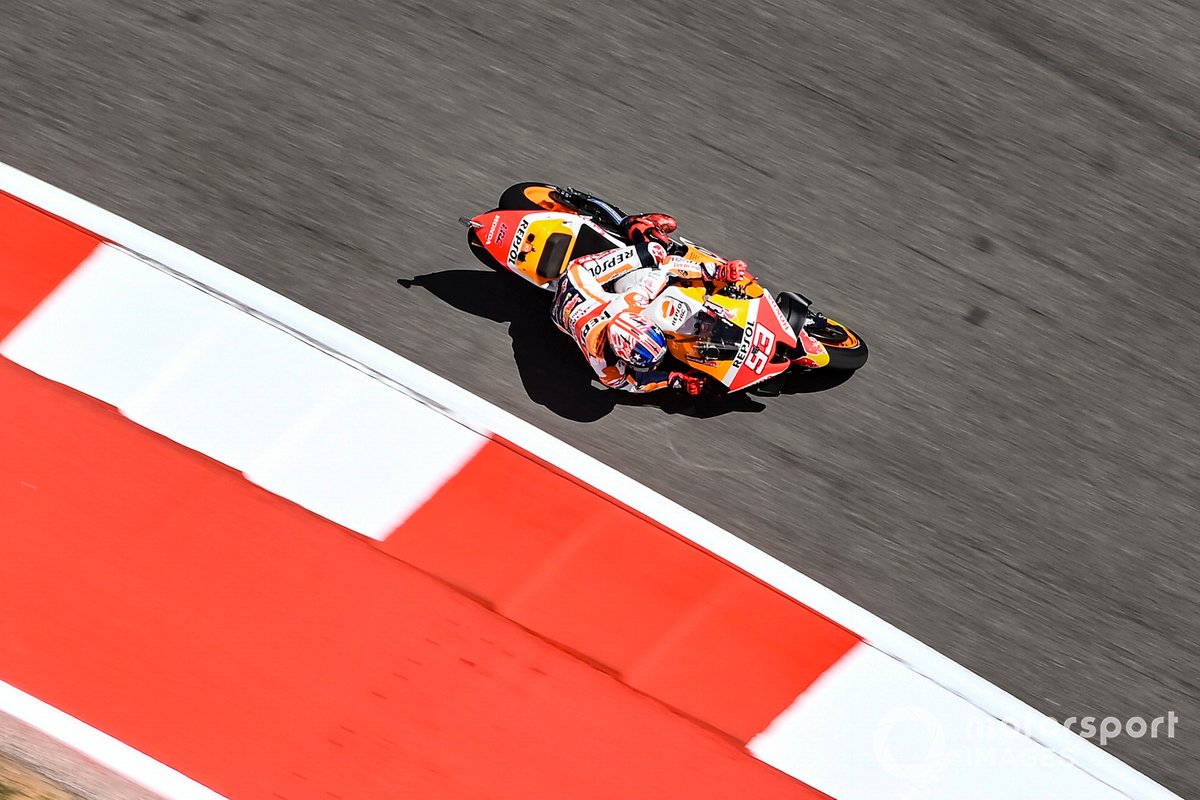 Marquez admitted it was “difficult” to return to action on Friday at COTA and says his only approach to begin with was “to start in an aggressive way” to get rid of any lingering doubts.

“Of course, today was a difficult day to start,” he added.

“It’s what I did, and when I saw that I was fast I just relaxed, I just tried to ride well.

“We didn’t touch the bike, we just rode with the setting as always and tomorrow we will start to work for the GP.

“But today was my day and with the team we just concentrated on me, on believing again on the bike.”

Looking ahead to the rest of the weekend, Marquez conceded it will be hard to go straight into Q2 in qualifying at the end of FP3 due to the speed of the Ducatis – with Pramac’s Johann Zarco fastest on Friday – at COTA.

When asked how his race pace was, Marquez explained: “I’m ok – I was riding in 2m06s and then just pushing in single laps.

“It’s the only way to survive all weekend. So today I was just riding slow and then pushing on single laps. 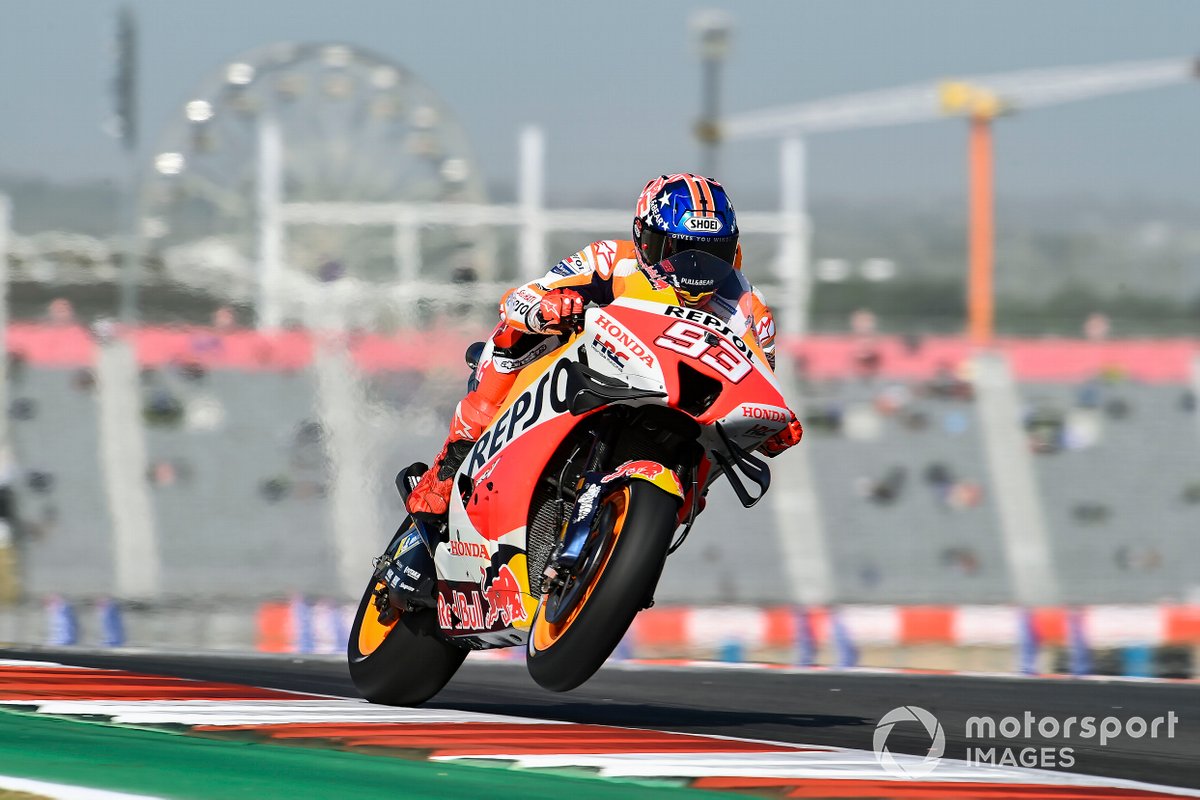 “[In FP3] it’s true in the afternoon I need to try to work for the race pace because it’s difficult to ride very slow and then push a single lap.

“But it’s the only way I have to finish the weekend in a good way. For the race, I don’t know, but I will try to be fresh.

“For that reason the approach of Friday was just try to understand, try to have the feedback.

“[In FP3] it’s true I need to push, but even it will be difficult to be in QP2 directly because all Ducatis are fast on a single lap.”