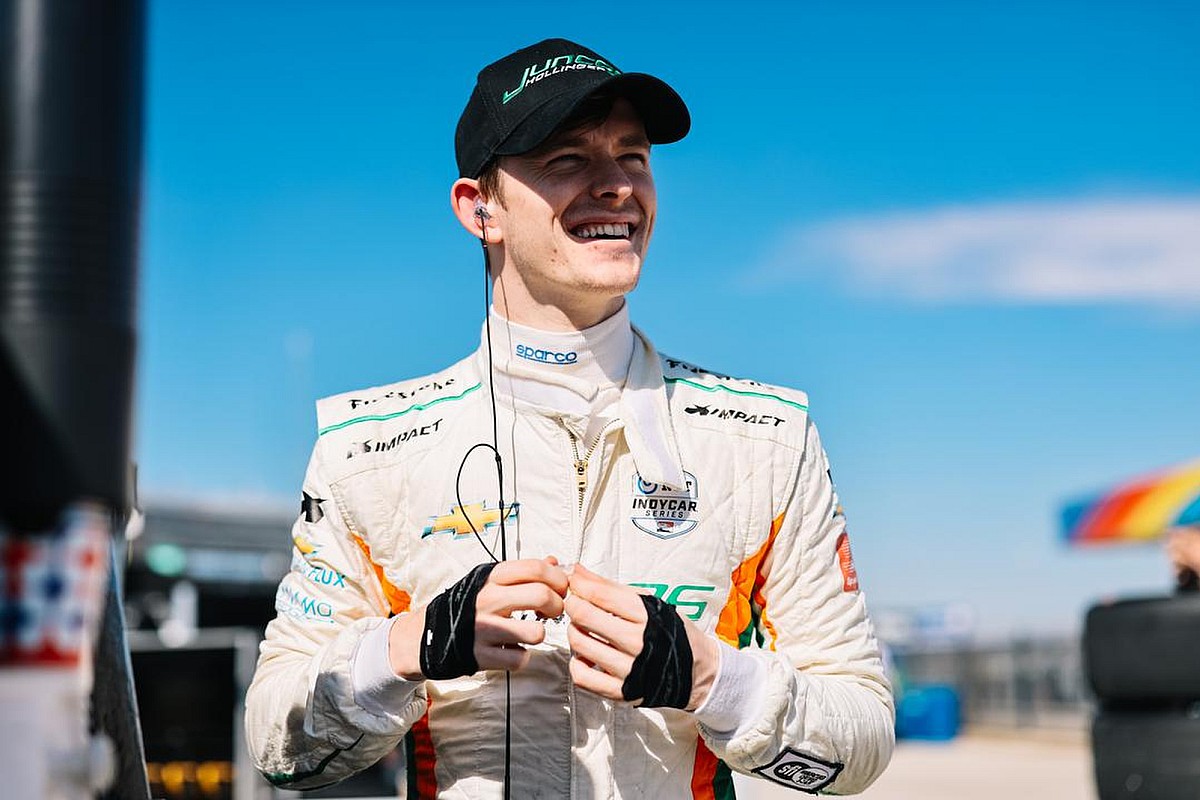 When Jack Harvey struck the wall during second practice at TMS last month, Ilott’s Juncos Hollinger Racing car was next through.

A pushrod from the broken Rahal Letterman Lanigan car flew up and struck Ilott’s aeroscreen, but managed to leave just a hairline fracture on the screen.

“What’s amazing for me is I just came in, said ‘I think I hit something, can you check the car?’ Obviously I’d gone through a lot of debris. I looked at the aeroscreen. There was a slight hairline crack in the light.

“Obviously they couldn’t see it at first. After the session I said, ‘Can you check that, make sure it’s OK? It had to be changed out of precaution.

“It’s weird to think about. I looked at the video, that three years ago that may not have been the same outcome from … someone else’s crash, me slowing down and driving through. I’m very lucky to be in this position to have the innovation that we do.

“When I think about it, yeah, it’s a crazy thing to witness and be a part [coming] out of nowhere. It’s one of the things you can’t avoid. I didn’t see it at all before it hit.

“So, yeah, thank you IndyCar and your innovations.”

Ilott, for whom this is a first full season racing in America after finishing runner-up in the 2020 Formula 2 championship, pointed out that at the start of his open-wheel career, there were neither halos nor aeroscreens on his racecars.

He also stated his belief that aeroscreens are essential for a series that competes on ovals.

“I started racing without even the halo to begin with. It was normal for me. The cars are this level of safety: you just drive it.

“With the halo, that was already a massive step forward. Then adding on the aeroscreen – for ovals, it’s necessary, 100 percent necessary. I’m very thankful they put them on.”