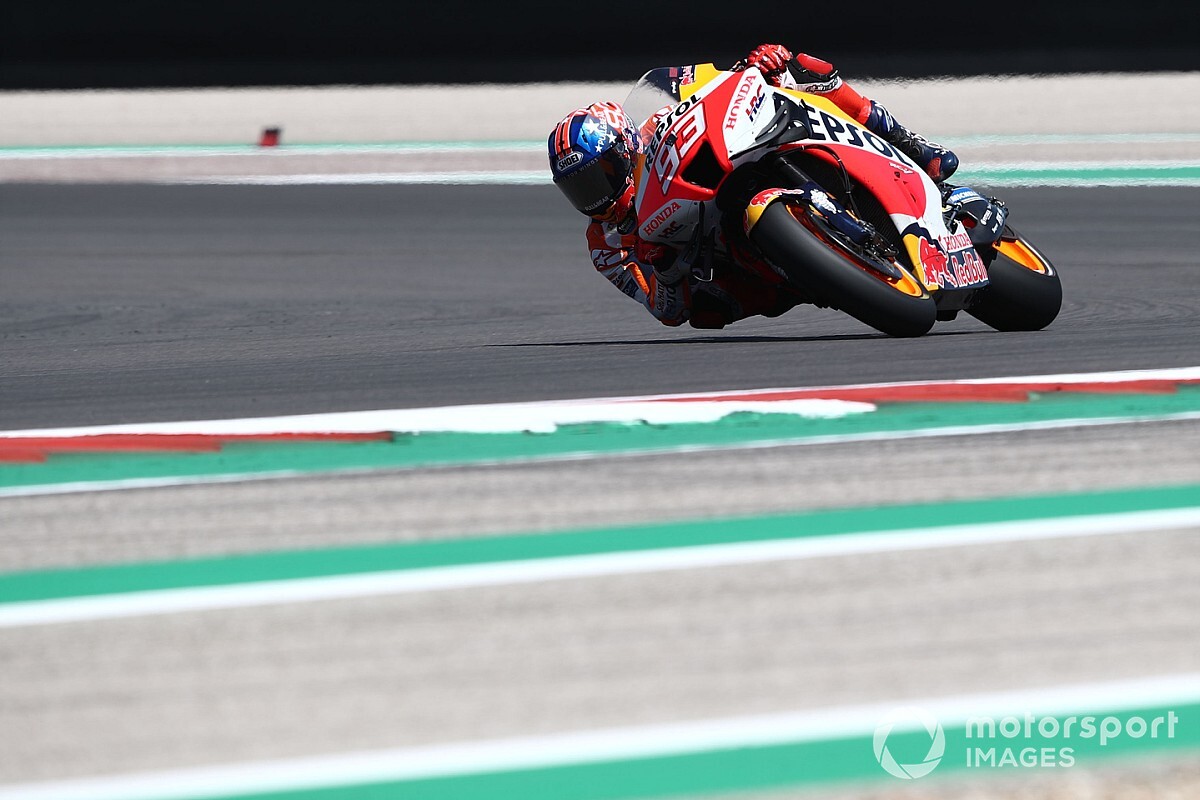 The Honda rider is a seven-time polesitter and seven-time race winner at the Circuit of the Americas and was expected to have a strong return to action this weekend having missed the Argentine round with vision problems he suffered as a result of a violent crash in Indonesia.

But Marquez could only qualify ninth on Saturday, which is his worst-ever showing in a COTA qualifying.

He had been on course to put in a solid lap time that would have lifted him up the order, but he backed out of it and admits he was “lucky” to even get ninth with his “worst lap”.

“I didn’t believe in myself in the qualy,” Marquez said. “During all weekend I worked very well, I worked nice in my rhythm, in my pace.

“But then in the qualy I go out, there was some traffic.

“It was only my mistake. Also on the second tyre we had some issues, it was not just my mistake.

“We had some issues with the bike, so for that reason I was not able to push as I want and also I get confused and I think that I had one more lap with the second tyre.

“So, if you believe in you – for the front row it was not possible, but second row I think was my position there. But lucky we start ninth because it was my worst lap.” 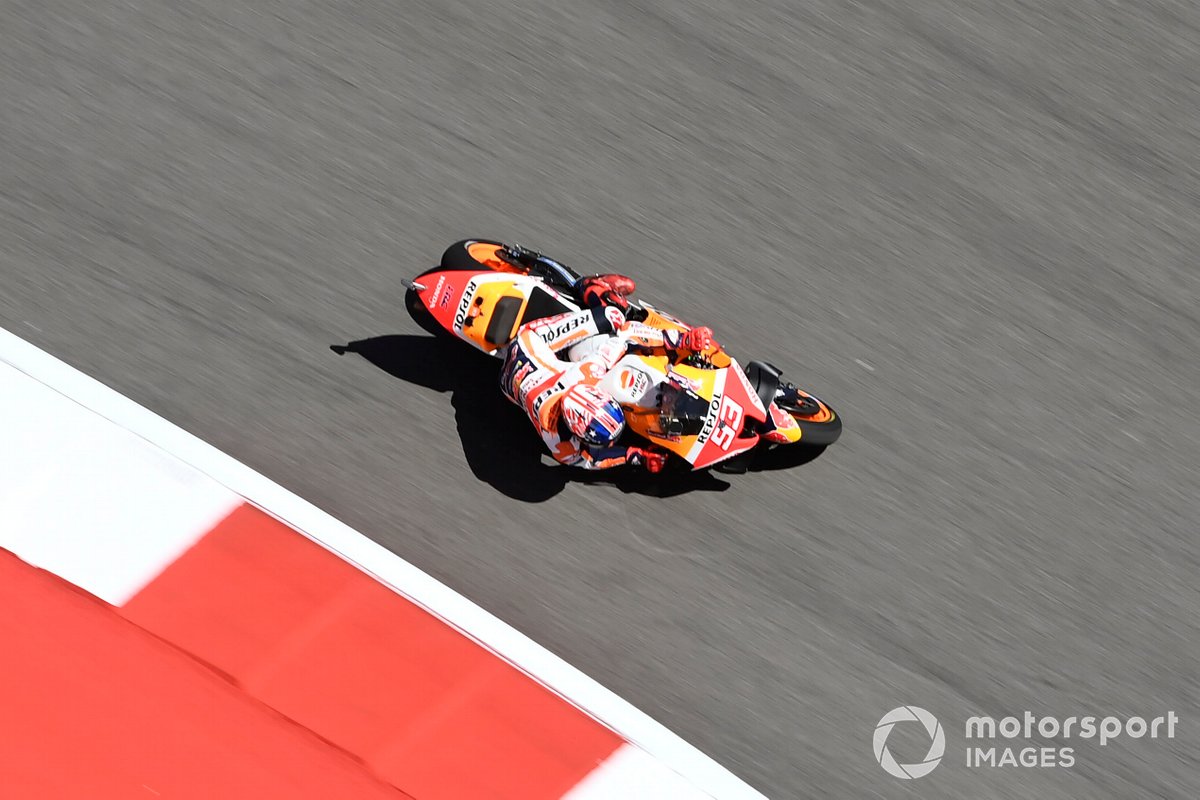 He also denied his qualifying struggles were down to him missing one race and feels it’s “normal some doubts appear” after his Indonesia incident.

“Missing one weekend doesn’t affect your speed,” he added. “But it’s true that it’s a combination of many things. I’m coming from one of my worst weekends in MotoGP class, from the biggest highside, and all these things [affect me].

“It’s true that on the race weekend, I said on Thursday, I don’t have a good feeling.

“It’s normal that some doubts appear in myself. I’m trying to get some confidence, it’s true that in FP4 I rode well.

“But in the qualy when I put new tyres, I didn’t feel it and I was a bit scared also, I didn’t push as I want.

“I just did single different sectors. If you put the ideal time [together] I’m there.

Yamaha’s Fabio Quartararo, who will start sixth after a crash in Q2, highlighted Marquez as a favourite for the race still.

However, the Honda rider denied this outright, stating: “I cannot be the favourite.

“If you check, I did a very strange weekend but was the only way to survive all the weekend.

“I just pushed single laps [on Friday], single laps this morning [in FP3] and I just did a normal practice in FP4.

“FP4 is where I showed a bit to understand where my pace was.

“But in the warm-up I will do four, five laps and waiting for the race is the way I need to work now.