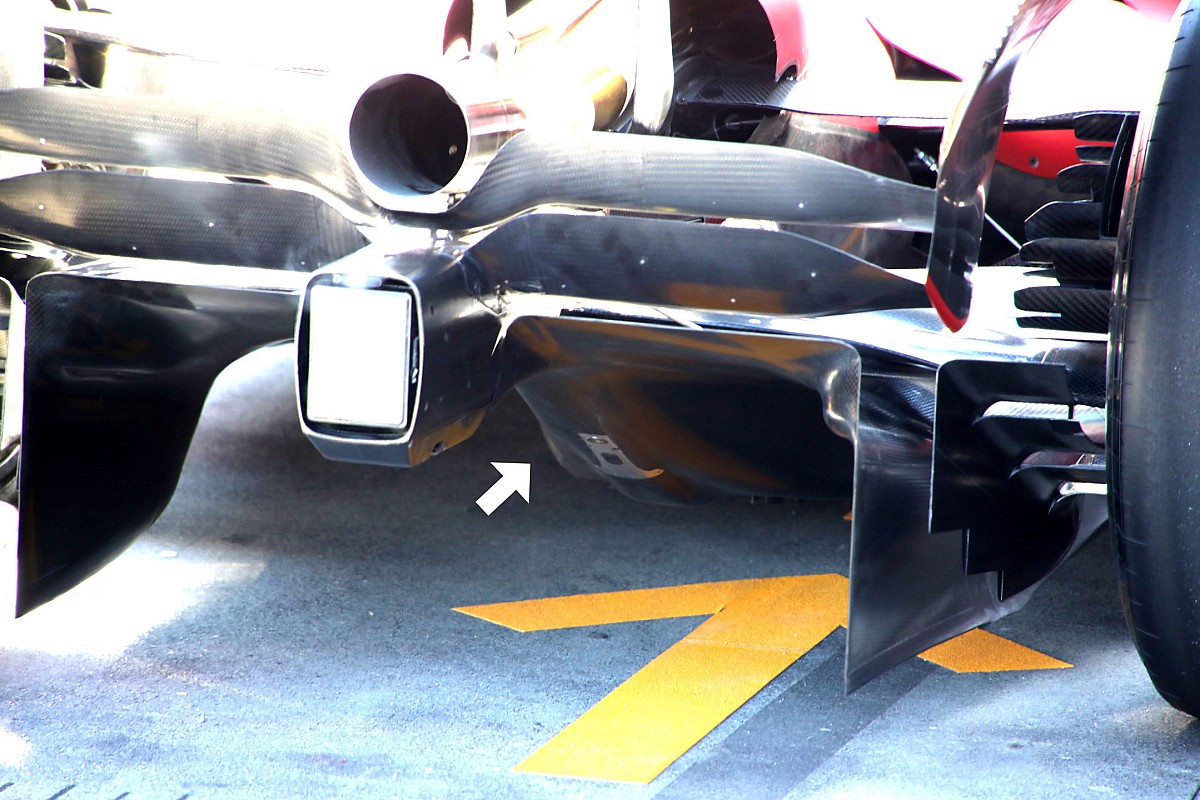 The pace has come despite the Maranello outfit not bringing any major developments to its F1-75 since the start of pre-season testing back in February.

Team boss Mattia Binotto also made clear after the Australian Grand Prix that there would be no major update for a while, either, with the squad opting to hold back on anything major for the next race in Imola.

That is because the Emilia Romagna Grand Prix will be a sprint race weekend and it means just a single one-hour practice session will run before qualifying – which leaves little opportunity to test new components.

Binotto has, however, suggested there will be some minor tweaks aimed at helping the team avoid the porpoising issues that it is still battling with on occasion.

“We will try to mitigate the issues we have got still so far,” he said. “I’m thinking of the porpoising and the bouncing that has affected our performance over the weekend.

“So we again try to work on that specific point. But, for the upgrades and more, let me say significant ones, it will be for later on in the season.”

The short-term focus appears to be on a revised diffuser design, which was trialled on Charles Leclerc’s car during first free practice in Melbourne.

The modifications appear in the boat tail section, as it rises from the back of the plank section up to the crash structure, as the team has added a bump in the central section.

The aim of these changes is to help with rear end stability. While this sacrifices some volume, the revised geometry is expected to increase downforce under certain rideheight and yaw conditions – which could prove beneficial on managing the bouncing.

With the team having gathered data on the new design in Australia, the tweaked diffuser could be rolled out across both cars at the next race. 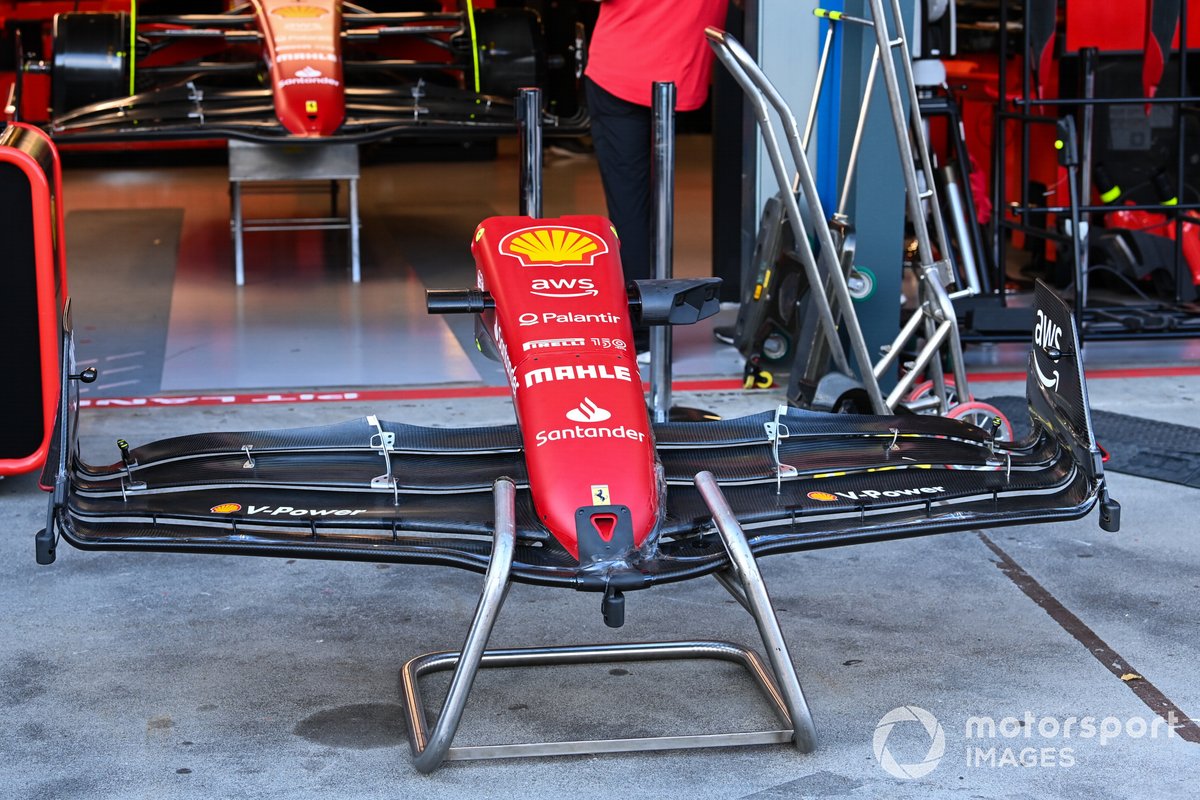 Meanwhile, on Carlos Sainz Jr’s car last weekend, the team installed optical rideheight sensors on either end and in the centre of the front wing.

To further increase its data gathering capabilities, a pair of cameras were added to capture footage of the endplate’s deflection, with chequered stickers added that aren’t seen in this image and act as a reference point for when the footage is studied.

The team also doused the rear wing of Leclerc’s car in flow-viz paint during the session in order to get visual confirmation it was performing as anticipated. 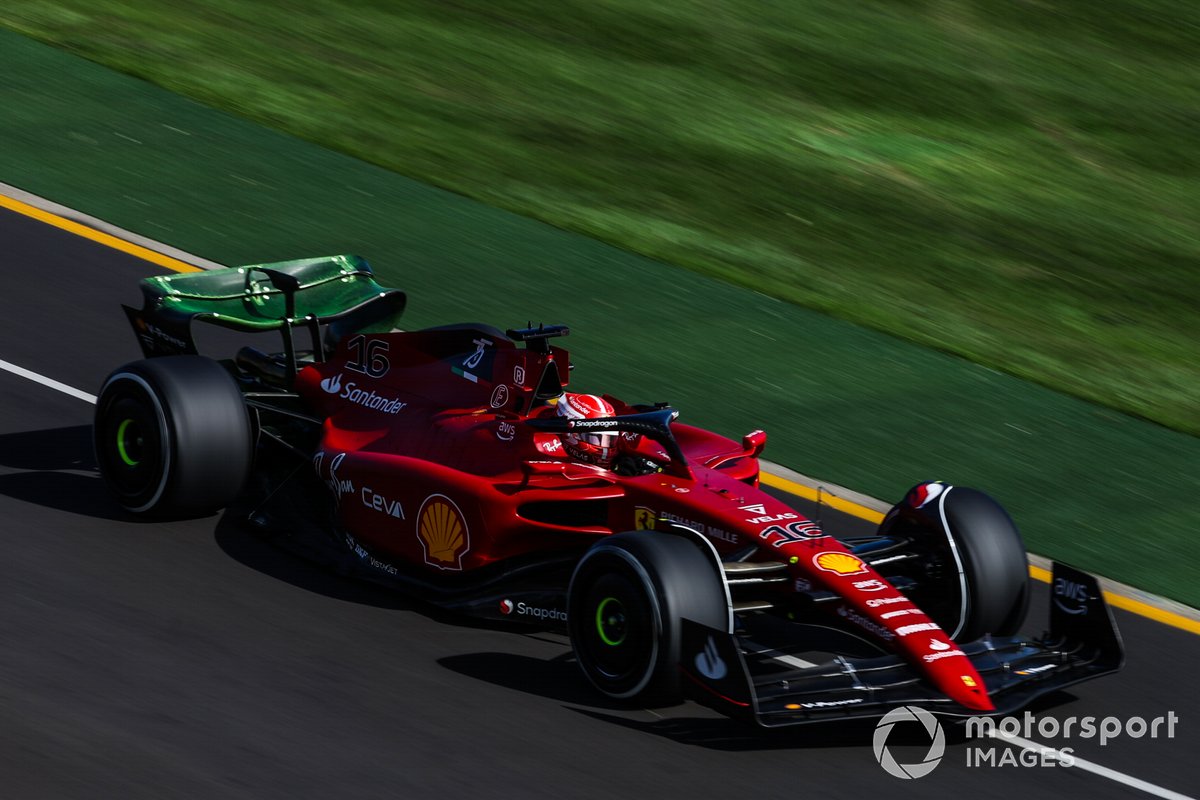