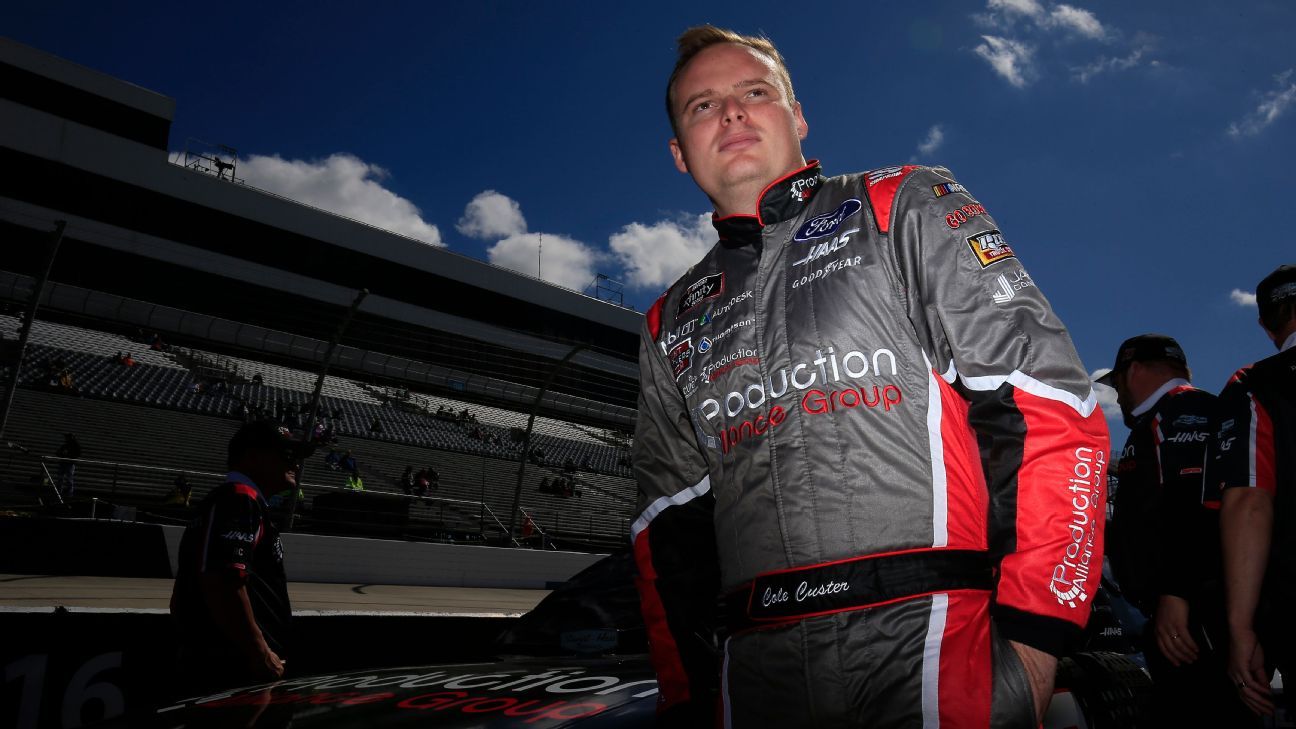 BRISTOL, Tenn. — Cole Custer won the first pole of his career Saturday through a formula designed for qualifying via heat races at dirt-covered Bristol Motor Speedway.

Custer put his No. 41 Ford at the front for NASCAR’s rare Easter Sunday race. The starting lineup was set over four 15-lap heats that were determined by a random draw. Drivers accumulated points for both finishing and passing and Custer started ninth in his heat and then won it — good enough for his first pole in 84 career Cup starts.

A slew of dirt races followed Custer in qualifying: Christopher Bell was second in a Toyota, followed by Tyler Reddick in a Chevrolet and Chase Briscoe, Custer’s teammate at Stewart-Haas Racing.

Visibility was much better Saturday as dust was less of an issue on the watered-down 2,300 truckloads of red Tennessee clay. Fox a year ago asked NASCAR to add a dirt race to the 38-race Cup schedule and Speedway Motorsports volunteered its .0533-mile Bristol bullring.

It cost Speedway Motorsports CEO Marcus Smith over $2 million to convert the track a year ago and even though it was a dusty mess of a race, he announced before the checkered flag that the 2022 spring race would again be on dirt. The track was reverted back to its concrete “Last Great Colosseum.”

Fox asked for the Easter Sunday slot and Smith and his staff have scheduled a pre-race religious service for those at the track. He also said ticket sales have proven there’s a demand for dirt racing and the 2023 race at Bristol will again be on dirt.

A spokesman for Speedway Motorsports told The Associated Press that ticket sales for the Bristol spring race – which had waned over the last decade because of poor weather and exorbitant local lodging rates – were above pre-pandemic levels. The crowd expected Sunday was on track to be the largest for Bristol’s spring race in years.