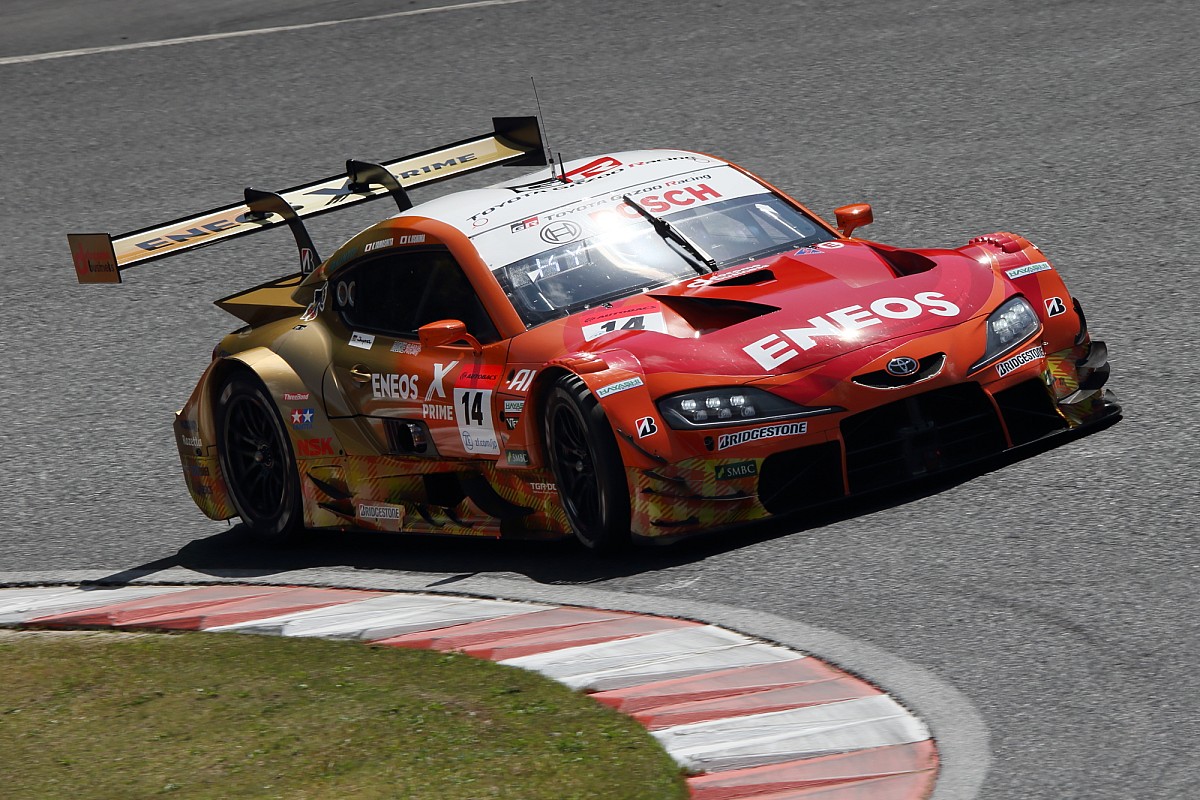 Polesitters Oshima and Yamashita repeated their 2021 victory in the 82-lap contest at the former Pacific Grand Prix venue, despite a scare in the final stages when their #14 GR Supra suddenly slowed after a late Full Course Yellow period.

What had been a 10-second advantage quickly disappeared in the four-lap dash to finish, giving two-time GT500 champion Naoki Yamamoto a whisker of opportunity in the Kunimitsu Honda he shared with Tadasuke Makino.

Ultimately, Yamashita had enough of a buffer to keep Yamamoto at bay, taking the chequered flag with just over a second in hand to take an early lead in the championship.

Yamamoto had got himself in position to challenge after a thrilling battle that culminated in a brilliant double move on Kazuki Hiramine’s Impul Nissan and Hiroaki Ishiura’s Cerumo Toyota. As Ishiura tried to pass the struggling Hiramine with 10 laps to run, Yamamoto sensed an opportunity and launched his Honda up the inside into Turn 5, passing both cars in one attempt.

Hiramine and Ishiura were also surpassed late on by Tsugio Matsuda, who secured a maiden podium for the new Nissan Z on its Super GT debut following an impressive late charge. The #23 NISMO car he shared with Ronnie Quintarelli had emerged from the pits down in eighth place.

Ishiura and Yuji Tachikawa finished fourth in the Cerumo Toyota, ahead of the second #3 NISMO Nissan of Katsumasa Chiyo and Mitsunori Takaboshi and the #36 TOM’S Toyota of Sho Tsuboi and Giuliano Alesi.

The Impul Nissan of Hiramine and Bertrand Baguette continued to drop positions in the final part of the race, finishing seventh ahead of the SARD Toyota of Nakayama and Yuhi Sekiguchi that had started on the front row but also struggled for pace on old tyres. 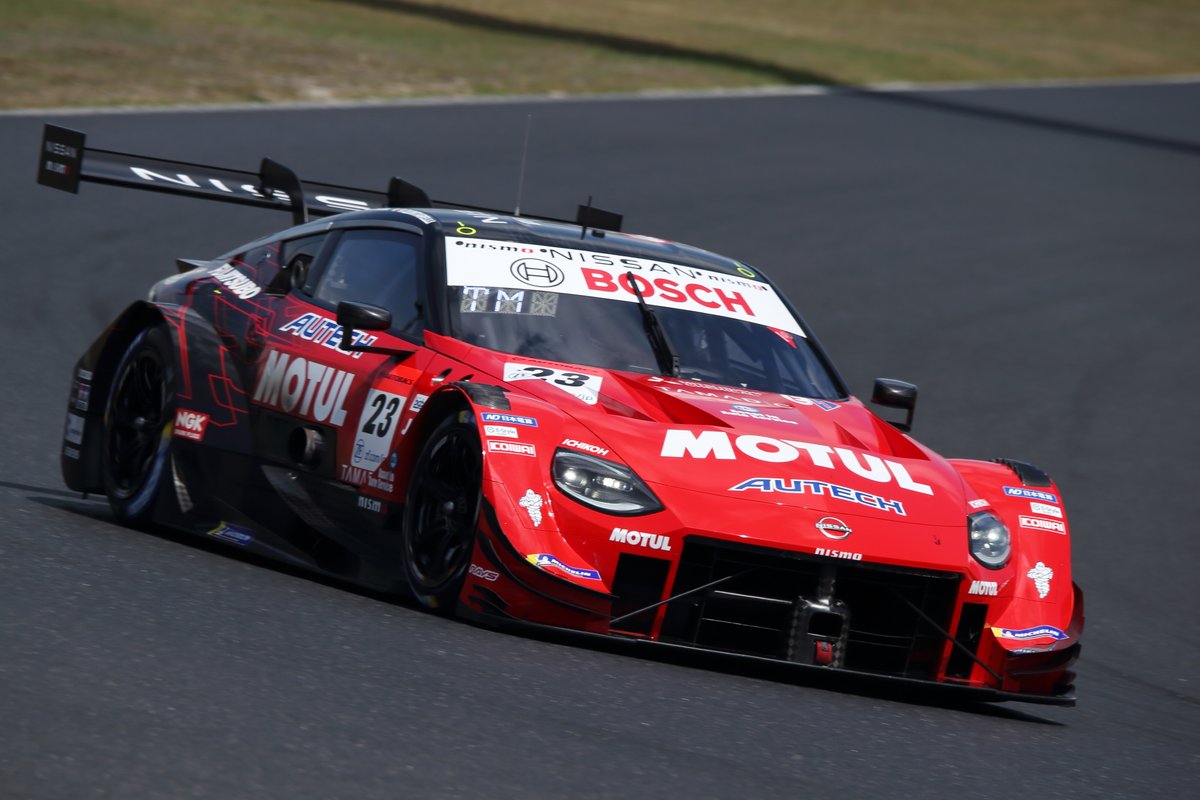 Matsuda came through to third in the Nissan started by Quintarelli

At the start of the race, Fujinami made a rapid getaway from from fifth on the grid to immediately put himself into podium contention, before passing the #10 Gainier Nissan of rookie Riki Okusa to move up to second.

The #61 R&D Sport Subaru driven by Takuto Iguchi was still comfortably in the lead at this point, but the reigning champion’s pace on Dunlop tyres started to drop towards the end of the stint, bringing Fujinami into play.

With the pit window about to open, Fujinami wasted no time to pass the Subaru for the lead, going around the outside of Iguchi into Turn 5 to gain the inside line into the following left-hander.

From there on, Fujinami and team-mate de Oliveira faced little trouble until the chequered flag, the 2020 championship-winning duo repeating their Okayama win from 2021 to take an early lead in the standings.

The Subaru, however, hit trouble during its mandatory pitstop, with Hideki Yamauchi stalling the car after taking over the driving duties from Iguchi. Several seconds passed before Yamauchi could restart the engine and get going again, dropping the Subaru to 10th at the finish.