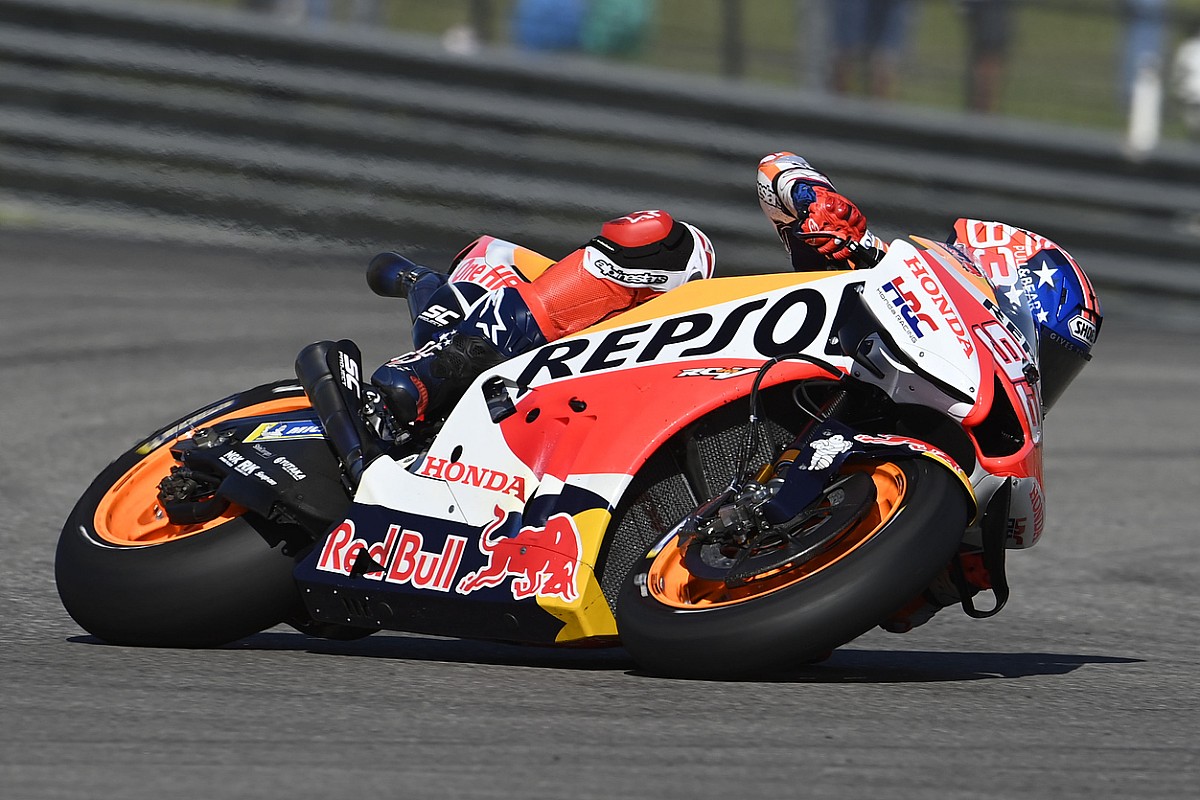 Last weekend at the Grand Prix of the Americas, the MotoGP paddock saw a different Marc Marquez. He was more serious than usual, more thoughtful and subdued, with less spark. His brother Alex declared that “he had never seen him so low in morale”.

Despite celebrating the possibility of returning to racing after missing the last two races, as a result of the wild accident he suffered in the warm-up at Mandalika that caused the reappearance of his double vision problems, the Honda rider arrived at the Circuit of the Americas with doubts weighing heavy on his mind.

Even those in charge of Honda were not without their doubts, especially with a view to Sunday’s 20-lap race at one of the most physically demanding tracks on the calendar. Marquez had received the go-ahead from doctors and could see well, but the concussion derived from his Indonesian highside still caused headaches which he had to deal with throughout the weekend.

In addition, the right arm that has been operated on three time since he broke it two years ago at Jerez continues to limit him. Its condition was not helped by the inactivity he was forced into during the off-season by the double vision that prevented him from starting the last two races of last year, in Portugal and Valencia. Marquez spent the whole winter without stepping foot in the gym, to the extent that any daily activity could pose a problem for him.

“The sporting aspect took a back seat,” he admitted when he got back on his Honda during pre-season testing. “The worst thing was that I couldn’t have a normal life.”

Marquez had planned to use the winter months to persevere in improvements to his right arm and shoulder, with the goal of arriving at the pre-season Sepang tests in early February as fit as possible. However, that was not to be, and the Spaniard started off on the wrong foot. 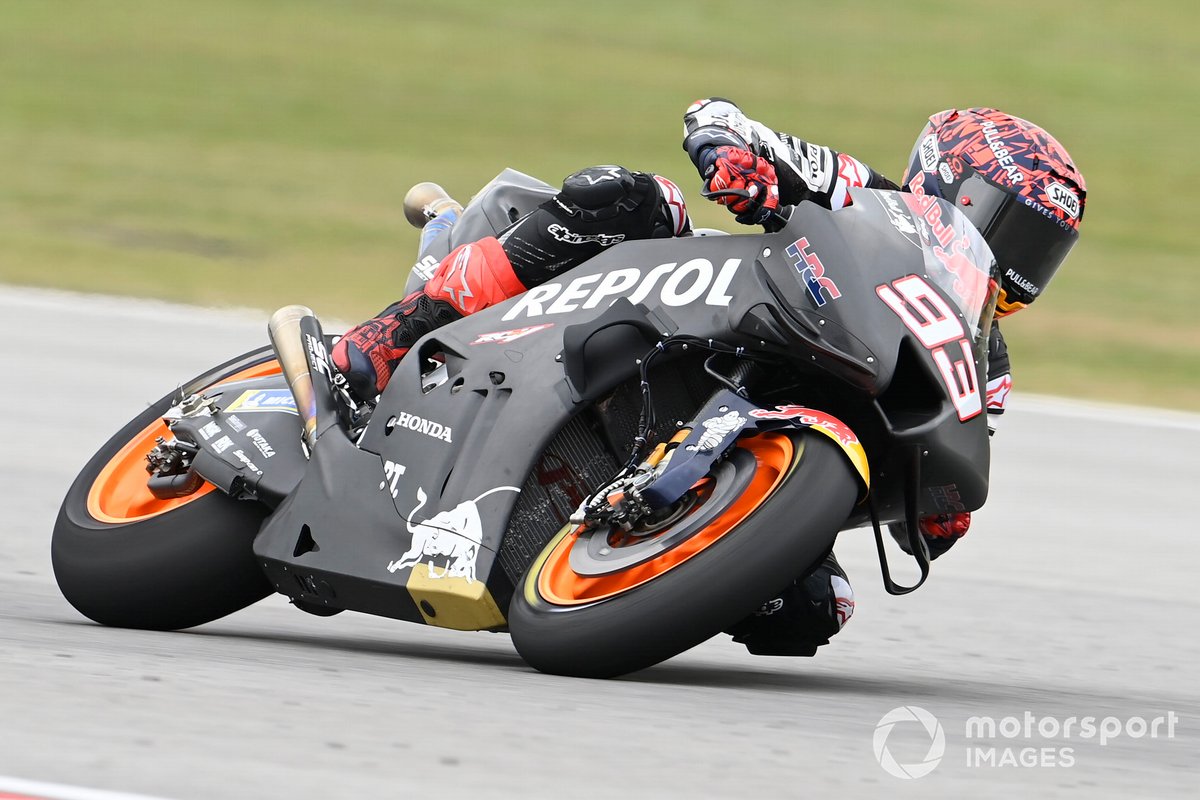 His crash at Mandalika then brought Marquez suddenly back to square one. That appeared too much even for Marquez, who up to that point had always been able to find the positive side to the most adverse situations. Between his 2013 MotoGP debut and his sixth premier class title in 2019, one had the feeling that Marquez was a descendant of Superman. But since that fateful Sunday in July 2020, it seems that wherever he steps there is nothing but kryptonite.

It’s for that reason that the comeback he made on Sunday in Texas will come as a significant boost. The undisputed winner of the fourth grand prix of 2022 was Ducati’s Enea Bastianini. But, on a moral level, no one took such a revitalising shot as Marquez.

PLUS: How ‘Beast’ mode is putting Ducati in 2022 MotoGP title contention

His display after being last in the first corner, due to a problem in his bike’s starting system, was huge. In contrast to that fateful attempted recovery ride in Jerez in 2020, the day when everything started to go wrong as he crashed while attempting to make up ground lost to an early mistake, he finally finished a stirring sixth in Texas – just six and a half seconds behind Bastianini.

The 40 points that currently separate him from standings leader Bastianini are perfectly recoverable for Marquez, as long as he can improve his physical condition and, above all, avoid getting injured again

The numbers left by Marquez’s passage through Austin make it clear that the essence of the rider who won six titles in seven years is still there. After the calamitous getaway from his ninth starting spot, he shaved 12 seconds off the time with which he took the win in 2021. Despite having to snake through the peloton of riders ahead, the eight-time grand prix world champion rode most of the time faster than the front runners including lead Ducati men Bastianini and Jack Miller. His fastest lap was just 0.032s slower than Bastianini

Only in the last four laps did an exhausted Marquez slow his pace and settle for sixth spot, even though he could have had a shot at Francesco Bagnaia’s fifth place. On the last lap, Marquez kept reigning world champion Fabio Quartararo’s Yamaha comfortably at bay.

Marquez has just under a week before he gets back on the RC213V in Portugal, a period that will be vital for him to continue strengthening his shoulder. In an imaginary ideal, Marquez would stop riding for a while to heal fully, rather than tackle the challenging clockwise layout. But that is impossible given the circumstances of a 2022 championship that has quickly taken the form of a rollercoaster ride in which anyone on the grid can win races.

That much is attested by the fact that riders from five different manufacturers feature in the top six, with Suzuki – yet to win a race – the only marque with two riders present. 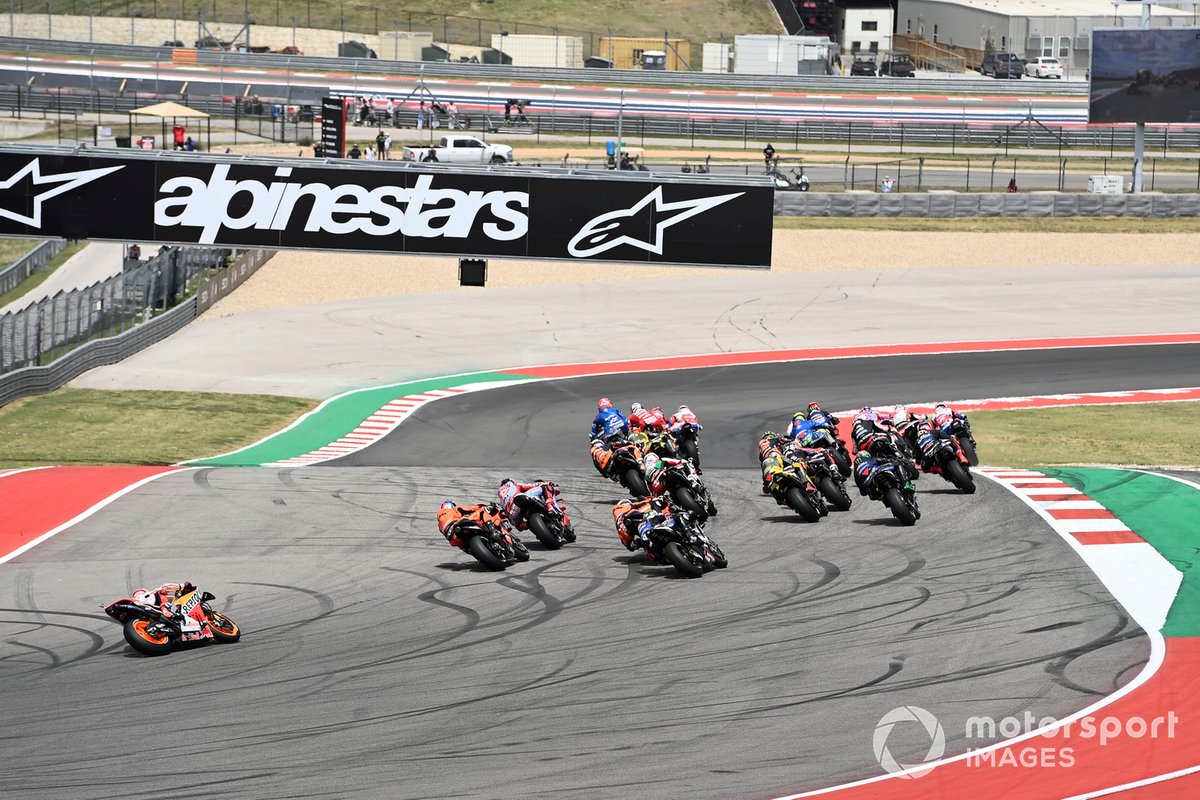 Marquez dropped to last at CoTA after a poor start, but charged back to sixth

“I already said it on Thursday: for the moment, the passion for the bike and the competition is stronger than all the suffering I go through,” remarked Marquez before leaving Texas. “This Sunday was another proof of that. When I needed help the most, this mechanical problem appeared.”

The 40 points that currently separate him from standings leader Bastianini are perfectly recoverable for Marquez, as long as he can improve his physical condition and, above all, avoid getting injured again.

“There are many races left, but right now it would be a mistake to talk about the world championship and victories,” he said. “We have to keep adding and gaining confidence that, hopefully, will allow us to fight for this title.”

As has been abundantly clear throughout Marquez’s career, his passage through the world championship has always been marked by the epic. Now he faces probably the most difficult challenge of his life – but one which is always better to encounter after a demonstration like the one in Austin. 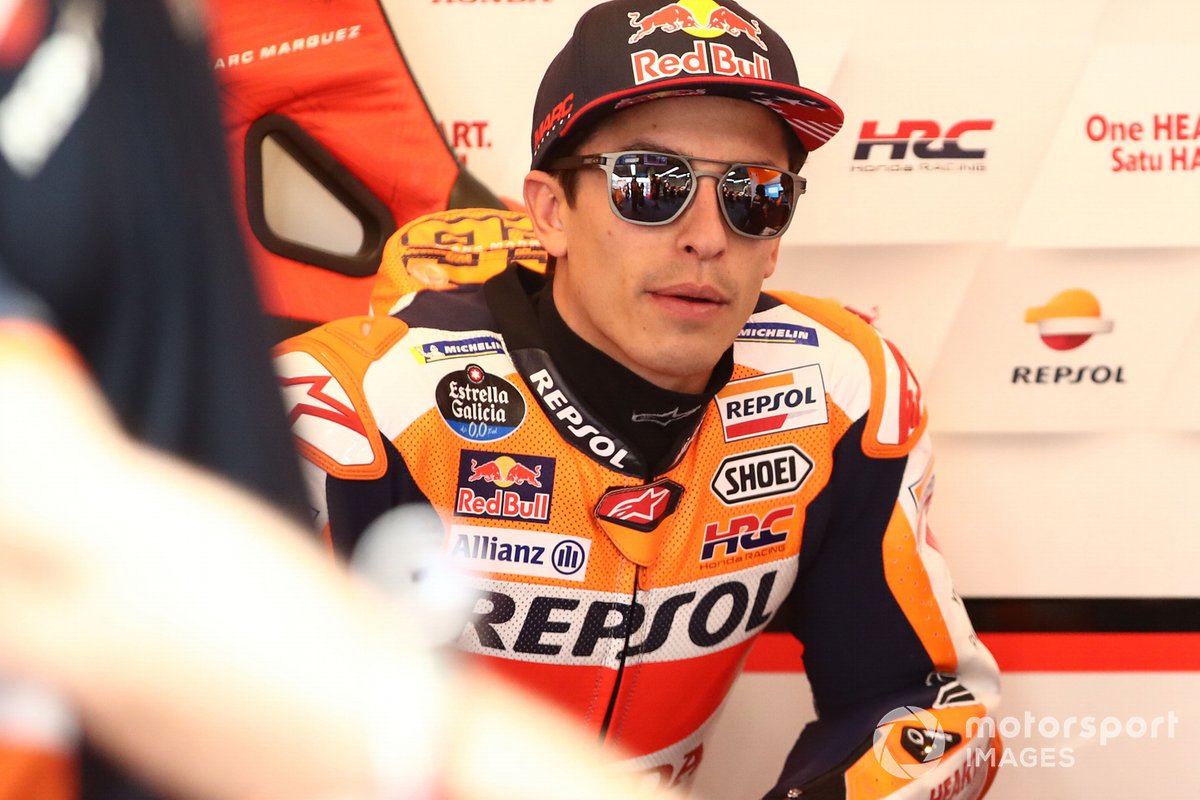 Will Marquez be spurred on by his latest charging comeback?