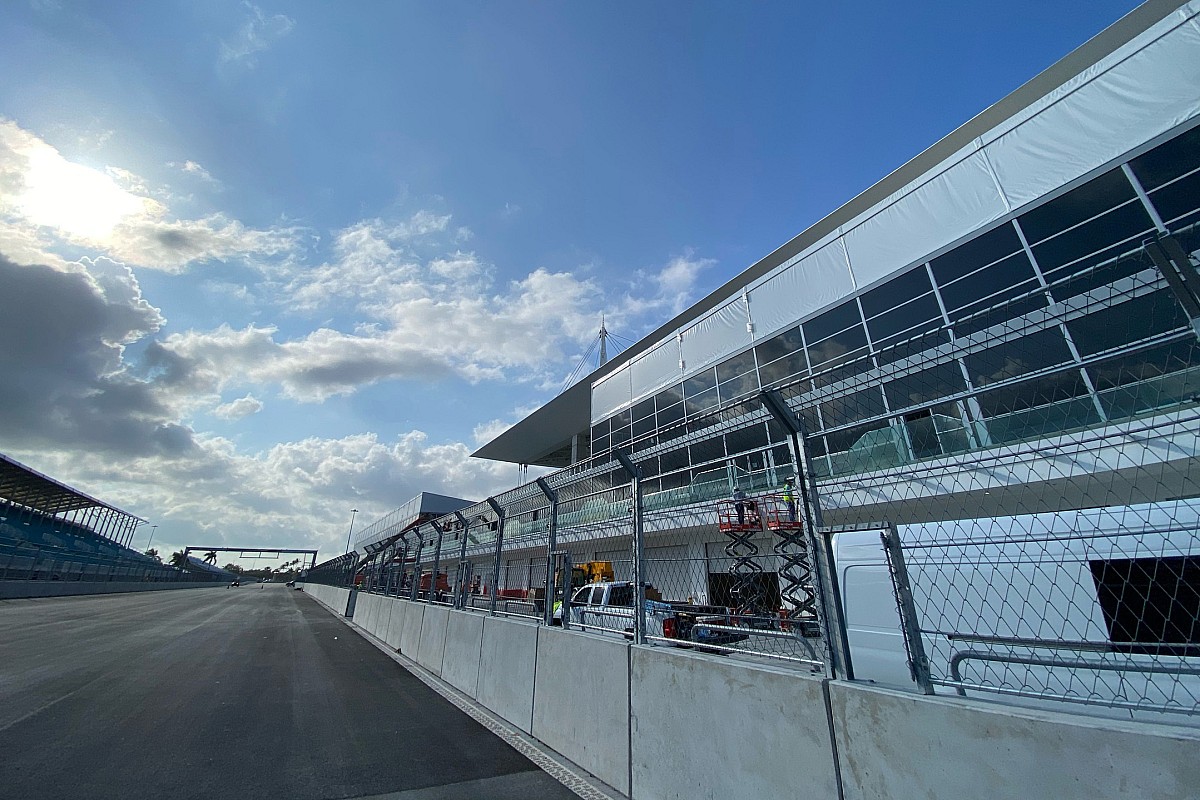 The 3.36-mile Miami International Autodrome, which is built around the Hard Rock Stadium in Miami Gardens, has been designed and overseen by Apex Circuit Design. Its anticlockwise layout is expected to produce an F1 lap time of 1m35s and an average lap speed of just under 135mph.

“We’re in the final stages of this incredible circuit that will host the first-ever Formula 1 race in Miami,” said Cregan, the Miami GP’s CEO. “We are delighted with the progress we have made and it’s a huge credit to the hard work of the team here in Miami, in consultation with both Formula 1 and the FIA to get this circuit finished in a tight timeline.

“We have tried to create a track that drivers love to race on and a campus that offers unique, best-in-class fan experiences; and we can’t wait for the first weekend in May to be here.” 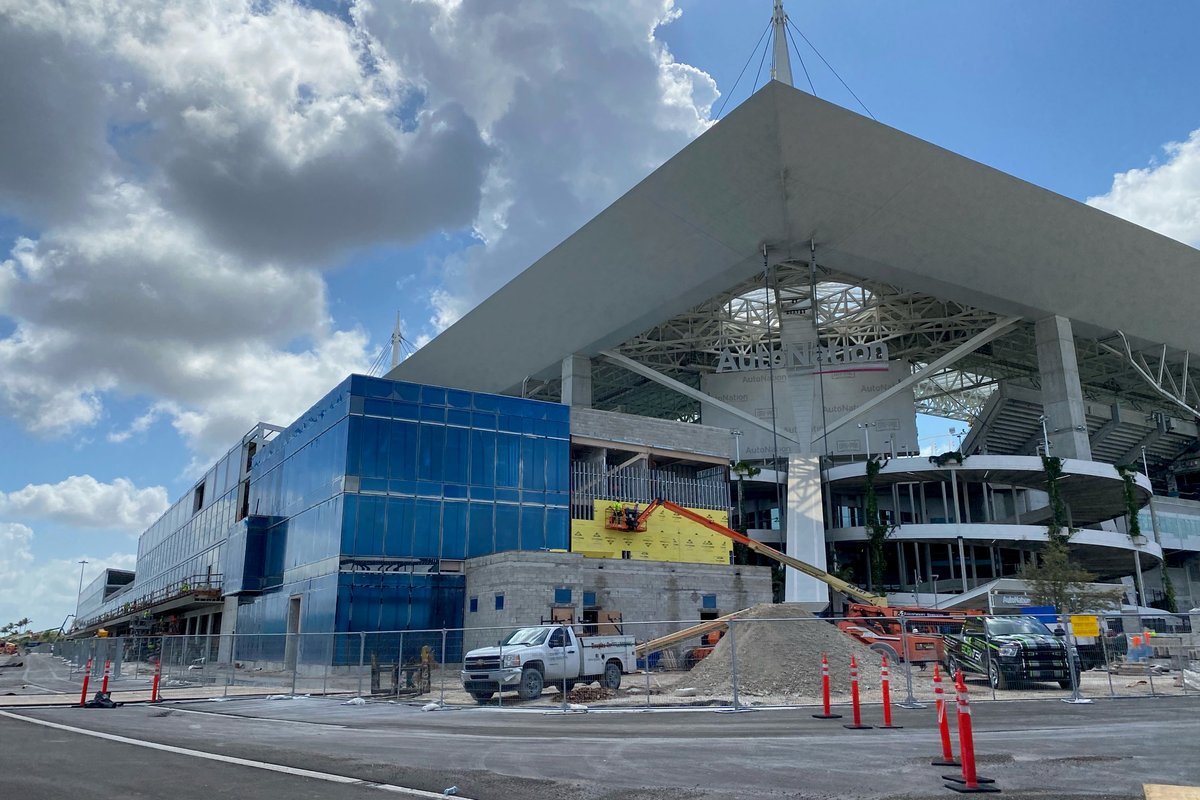 Work on the circuit started in April 2021 and all permanent structures, including the pit building and race control, are now close to completion. Barrier installation began in February, and the final lift of asphalt laying was completed in March, well ahead of the FIA’s deadline.

The focus in the final weeks has now shifted to the final fit of the temporary structures around the venue, as well as painting the run-off areas in ‘Miami blue’.

“There has been no compromise on any aspect of the circuit design or quality of construction,” added Cregan, who formerly oversaw the Yas Marina and Sochi F1 tracks. “In my experience of working with new venues over the years, I’ve never seen as much effort on perfecting the surface of the track as we have done in Miami.

“Everything was exactly per the design, and everyone involved in construction has done an incredible job.”

Over the past 12 months, 24,000 tons of asphalt have been laid with specialist R3 devising a mix of Georgia granite and Florida lime rock.