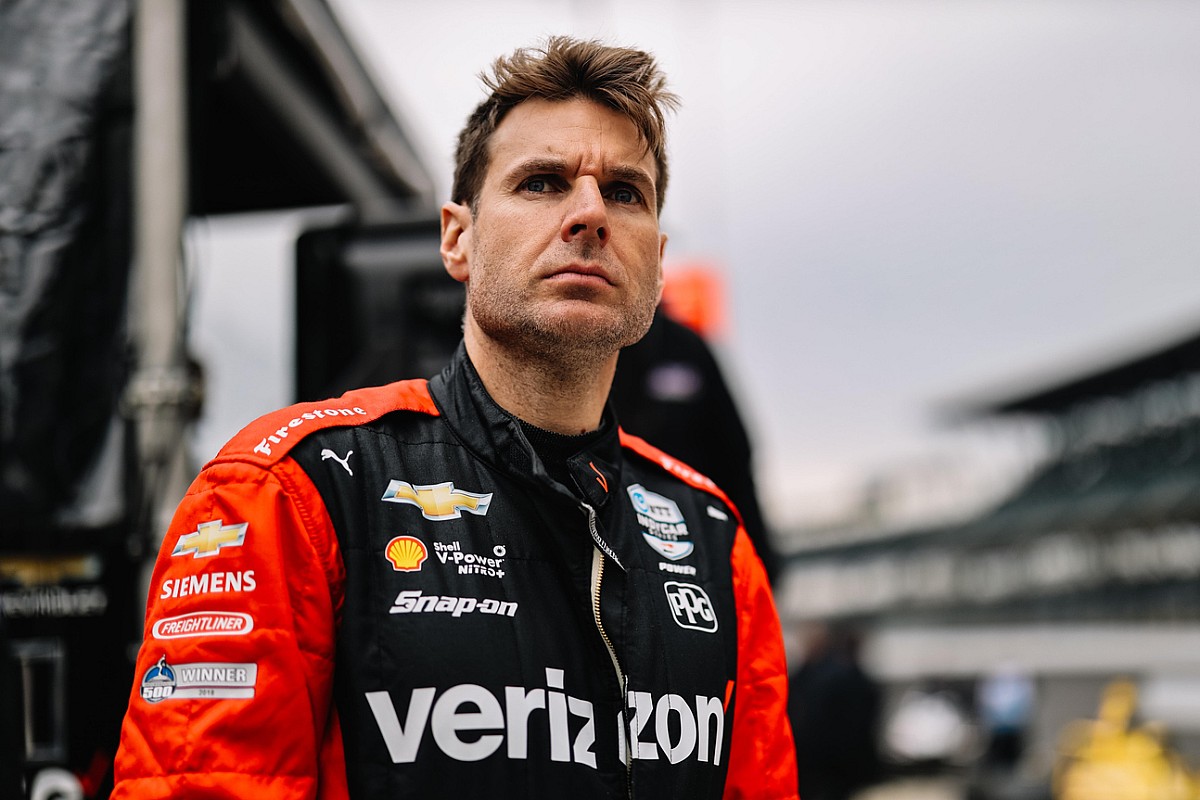 Power’s incident was the third of the day after 2016 Indianapolis 500 winner Alexander Rossi spun on the warm-up lane and four-time defending Indy winner Helio Castroneves spun out of the warm-up lane into the Turn 2 wall, prompting the test to be prematurely concluded.

The 2018 Indy 500 winner completed a 360-degree spin on the strip of grass that separates Turn 1 from pitlane exit. As he gathered up his Team Penske machine, its rear hung over the racing line at the apex of Turn 1 when Herta arrived on the scene.

The Andretti Autosport driver moved up half a lane to avoid contact, but that put his car into a drift that became a spin. Herta’s car tagged the outside wall with its rear wing, and slid broadside with wheels locked down to the inside of Turn 2, where he was narrowly avoided by a closely following Marcus Ericsson.

Power said that the incident “scared the absolute daylights out of me” and brought to mind Alex Zanardi’s life-changing accident at Lausitzring in 2001 when the Italian spun exiting the pits and was hit at full speed by Alex Tagliani.

“It’s something you always think about as a driver because you’ve seen it. You saw what happened to Zanardi and it’s just something you’re aware of, and you’re cautious of during practice, and I just couldn’t believe it caught me out.”

Power explained that he had “zero warning” that his car was about to break away having “been taking it easy on the apron” after the day’s earlier incidents.

“It’s just a bad situation. I want to know what I did wrong because I never want that to happen again. 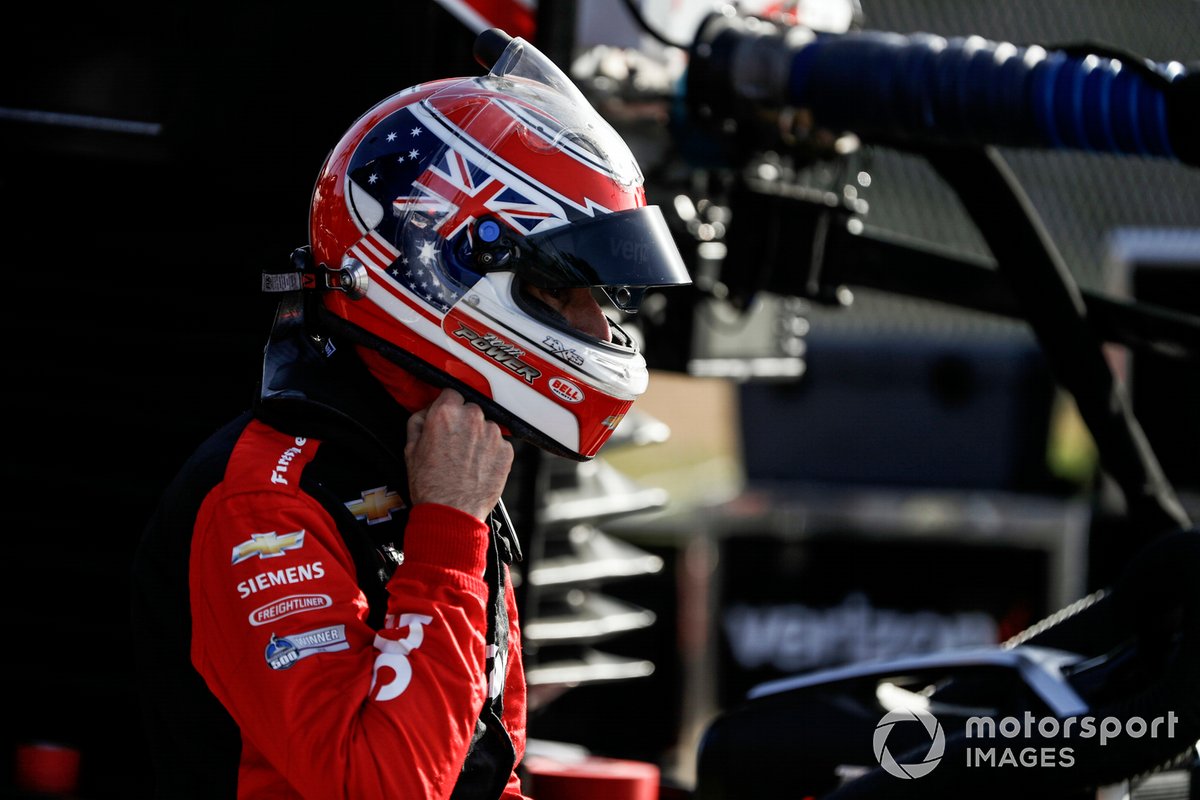 “I don’t know if it’s something on the track because it felt like water. As soon as I finished spinning, I thought, ‘Man, there must be water there – something – because I’ve been out of that pitlane hundreds of times.

“It just surprised me, big time. Normally you’re ready for that stuff when you’ve had a whole career; you get some warning.

“I feel terrible for Colton to have to crash because of something that happened there by me.”

Power said IndyCar was right to call an end to the action for the day.

“Let’s really review the video and have a look at the track,” he said.

“I’m sure the [IndyCar officials] have inspected it to make sure there’s not a weeper or something. Because I asked my guys, ‘Did I hit the grass, did I hit the grass on the inside?’ And they said, ‘No, no’. It just looked like it went like that with zero warning.”

“Talking to other drivers, like Colton, he said it almost happened to him too but he saved it,” said the Brazilian veteran.

“Very strange, not sure if it’s because the temperature dropped just now. 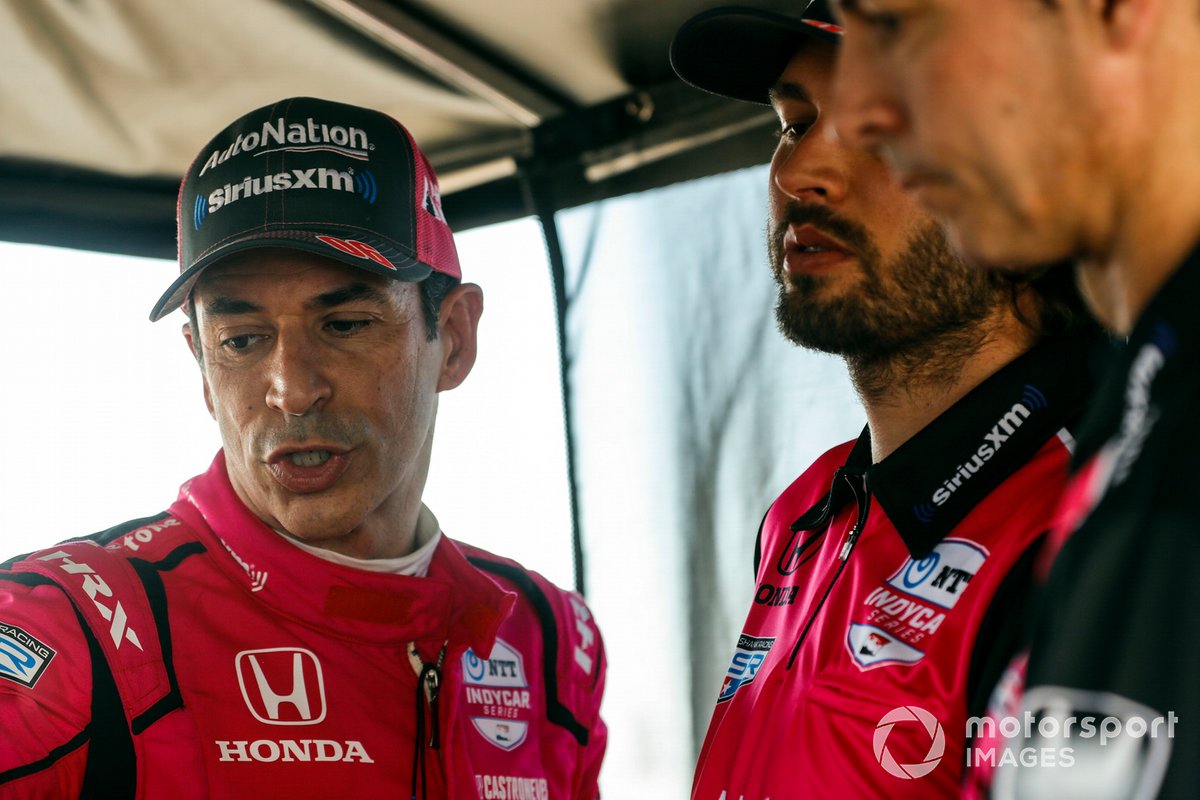 “I wasn’t pushing, I wasn’t even trying. Honestly we were just trying stuff on the track to make sure the car felt good.

“It was very unusual. You saw me looking at the car, I was like ‘I can’t believe it! What happened?’

“A driver has the knowledge, if you’re trying to push, or do something different, but I’m not sure what happened.”

Santino Ferrucci was fourth fastest for Dreyer & Reinbold Racing, ahead of Ganassi’s Ericsson and Rossi.