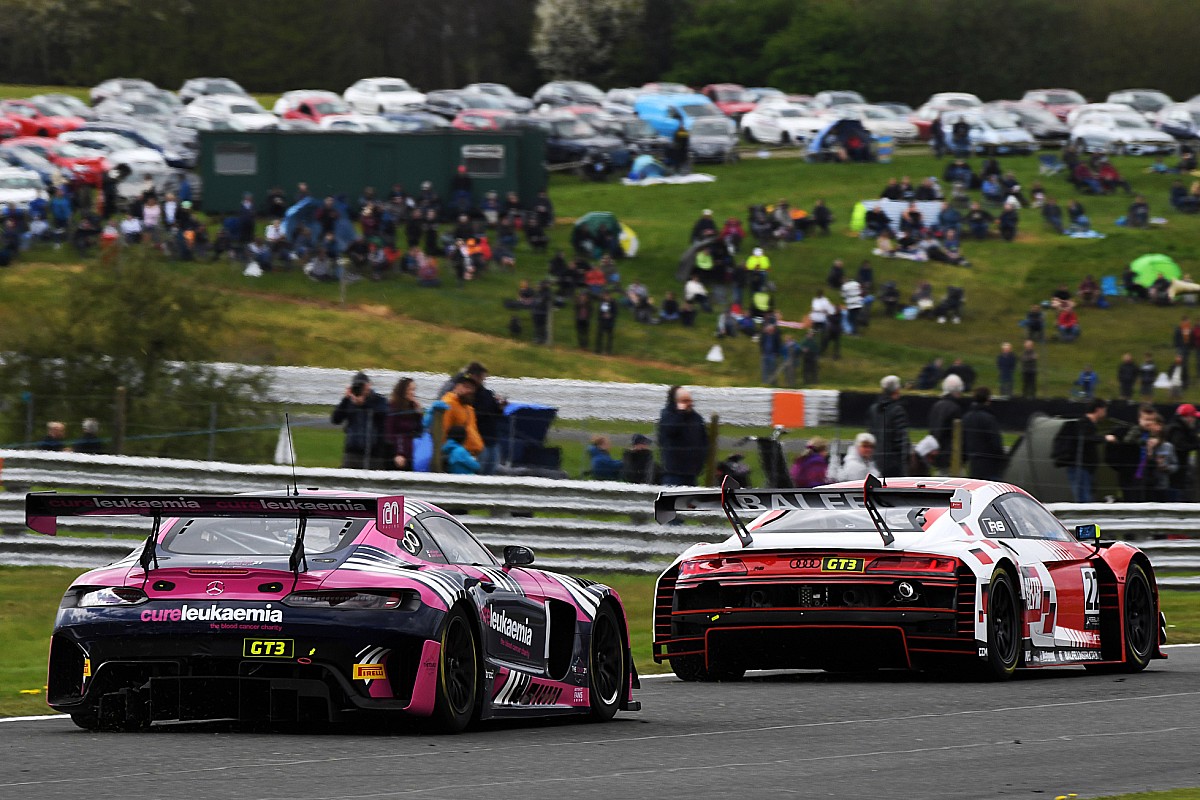 Martin Plowman summarised events fairly well after team-mate Kelvin Fletcher had clinched a remarkable maiden British GT victory for their Paddock Motorsport outfit in a madcap second race at Oulton Park from 14th on the grid.

“I think like a lot of people we were a bit confused,” he told Autosport. “I didn’t know what was going on half the time.”

The race result remains provisional following a protest by RAM Racing into the application of race one’s success seconds to the post-race order, citing the lack of a specific regulation to cover the eventuality of a red flag during the pitstop cycle. The protest was rejected, but the team has lodged its intention to appeal to the National Court.

It certainly was an unprecedented situation, and contributed to what British GT returnee Benji Hetherington rightly described as “one of the most bizarre races” he’d ever encountered, with a proliferation of post-race penalties – including 14 seconds added to the race time of every GT4 Silver crew – muddling the order.

“Obviously, the circumstances were out of everyone’s control,” remarked Valluga Racing Porsche boss Hetherington, who was classified fifth in GT4. “I think to be fair, British GT handled it really well.”

Naturally, not everybody agreed, but most believed it was the only thing British GT could do under the circumstances. But is it what the weekend will be remembered for? Of course not.

It’s the phenomenal race one scrap for victory between Adam Carroll and Jules Gounon that will live long in the memory, a battle that showcased the very best of British GT and left Oulton Park enthralled. The respect between the two combatants after running nose to tail for lap after lap, with AMG factory driver Gounon inching alongside and crossing the line ahead to start the final tour, was obvious for all to see. The pair embraced each other in parc ferme after two inch-perfect drives. 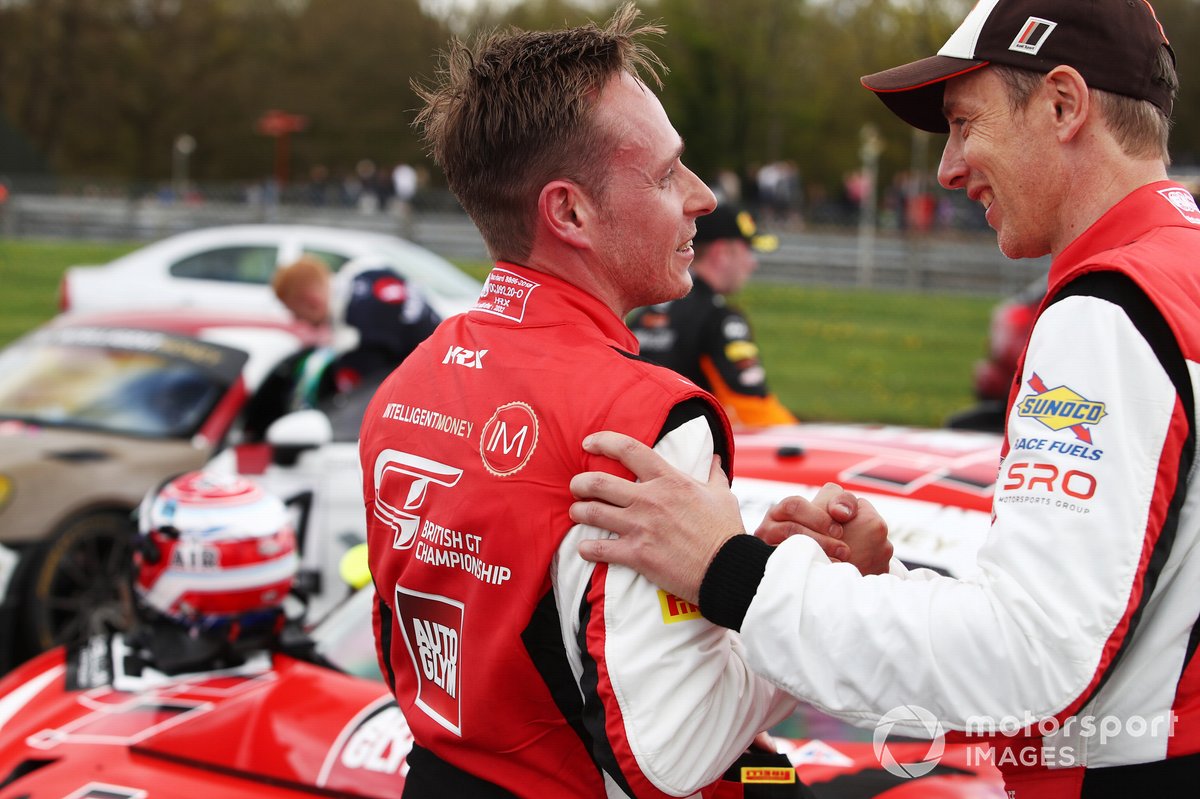 “He said he absolutely loved that, it was one of the best races he’d ever had,” relayed Carroll. “You can’t get closer than that.”

A watching Shaun Balfe, Carroll’s team-mate and boss, was full of praise for both drivers.

“I had no doubt that if Adam couldn’t keep Jules behind, there was probably a very small number of drivers that could,” he said. “The respect importantly that Jules gave Adam, knowing that Adam was just quick enough – there was enough respect to give the spectators and British GT in round one what it really needs, which is some good close racing that’s exciting to watch. It’s what we want to be part of.”

The strength in depth this year is in plentiful supply and, with 18 GT3 cars on the grid, it was a real scrap even to make it into the points on Monday

Was it the best defensive drive of Carroll’s esteemed career, Autosport wondered? “For a win, probably yes,” replied the 2008-09 A1GP champion. “But sometimes you’re trying that hard for fifth and nobody sees it!” See it we certainly did.

Gounon won’t contest every round this year, but the 2017 Spa 24 Hours winner already has plenty of new admirers in the paddock after taking Oulton by storm. His remarkable 1m32.384s pole lap was four tenths quicker than anybody, and Carroll alone could halt his irrepressible race one charge.

“I had a mega race with ‘chicken nugget’, it was brilliant,” said Fox Motorsport’s Jamie Stanley, who finished third with Nick Halstead. “Had I not come across the GT4 car, I probably could have kept Gounon there for a bit longer. We were a bit unlucky there, but fair play to him, he took his moment, he pounced.”

Gounon’s co-driver Ian Loggie was full of wonder too. “I know people talk about him as one of the best GT drivers in the world but, when you see a display like that, it’s just mind-blowing really,” he said. “It’s a privilege to watch it. Already the amount I’ve learned that now I’d take as read, it’s just incredible.” 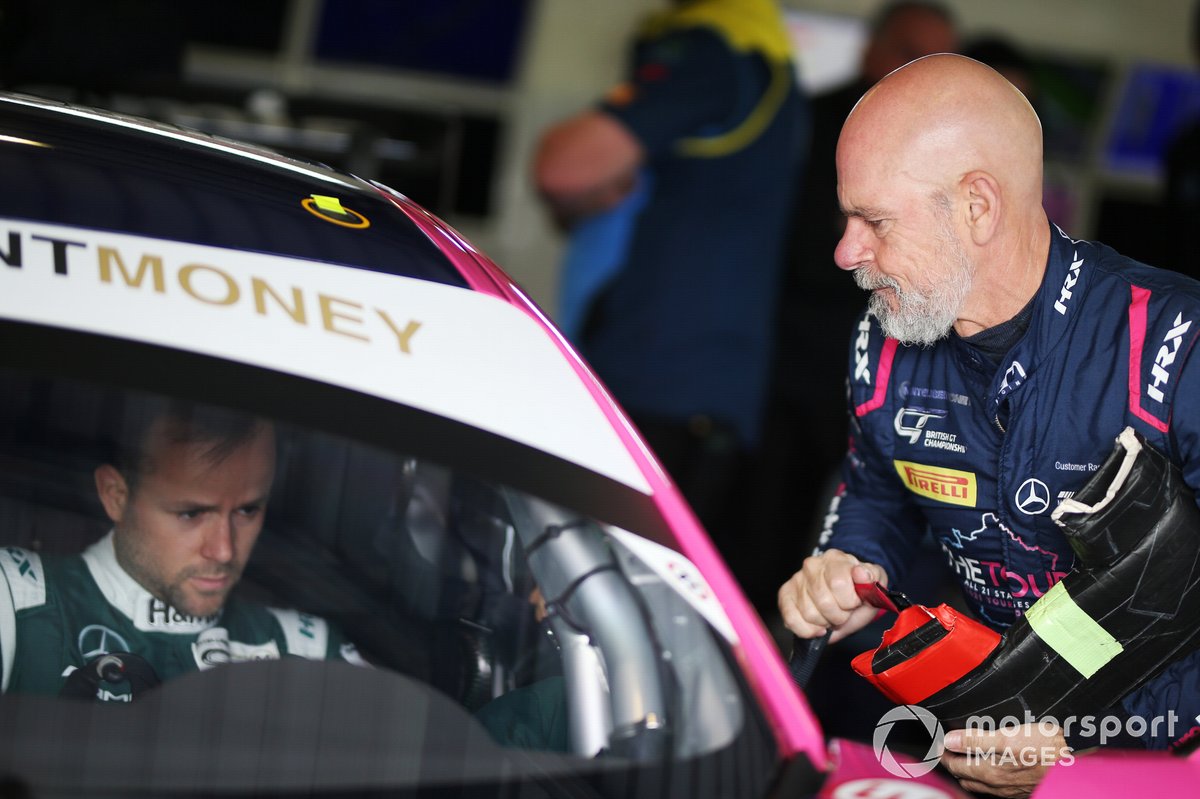 Loggie (right) was full of praise for co-driver Gounon, who stole the show at Oulton Park

If Gounon stole the show, he was only the tip of the iceberg. The strength in depth this year is in plentiful supply and, with 18 GT3 cars on the grid, it was a real scrap even to make it into the points on Monday – with well-fancied Barwell Lamborghini pairing Sandy Mitchell and Adam Balon missing out in race two after a 10s stop/go penalty for Mitchell spinning Marcus Clutton.

“It’s probably our worst weekend I think for seven years, so it can only go one way from here,” remarked Barwell boss Mark Lemmer.

Several teams believe the new DHF Pirelli tyre has given an edge to the front-engined Mercedes, with one disgruntled paddock figure claiming that the Balance of Performance was amiss. “You might as well give them the trophy to fight over it now,” he said.

But Carroll’s stern defence and the chaos of race two showed that nothing can ever be taken as read in British GT. McLaren certainly wasn’t expected to shine at Oulton, yet a podium for Fox in race one – as several teams made errors with pitstop timing – and victory in race two for Paddock bodes well for their seasons.

“We’re still learning this new tyre, we’re learning every time we go out,” said Plowman. “I think, once we nail the set-up and know how to get this tyre in the window, then we’ll be a consistent contender.”

Even if the outcome of that second race couldn’t please everybody, there’s a lot to like about British GT right now. 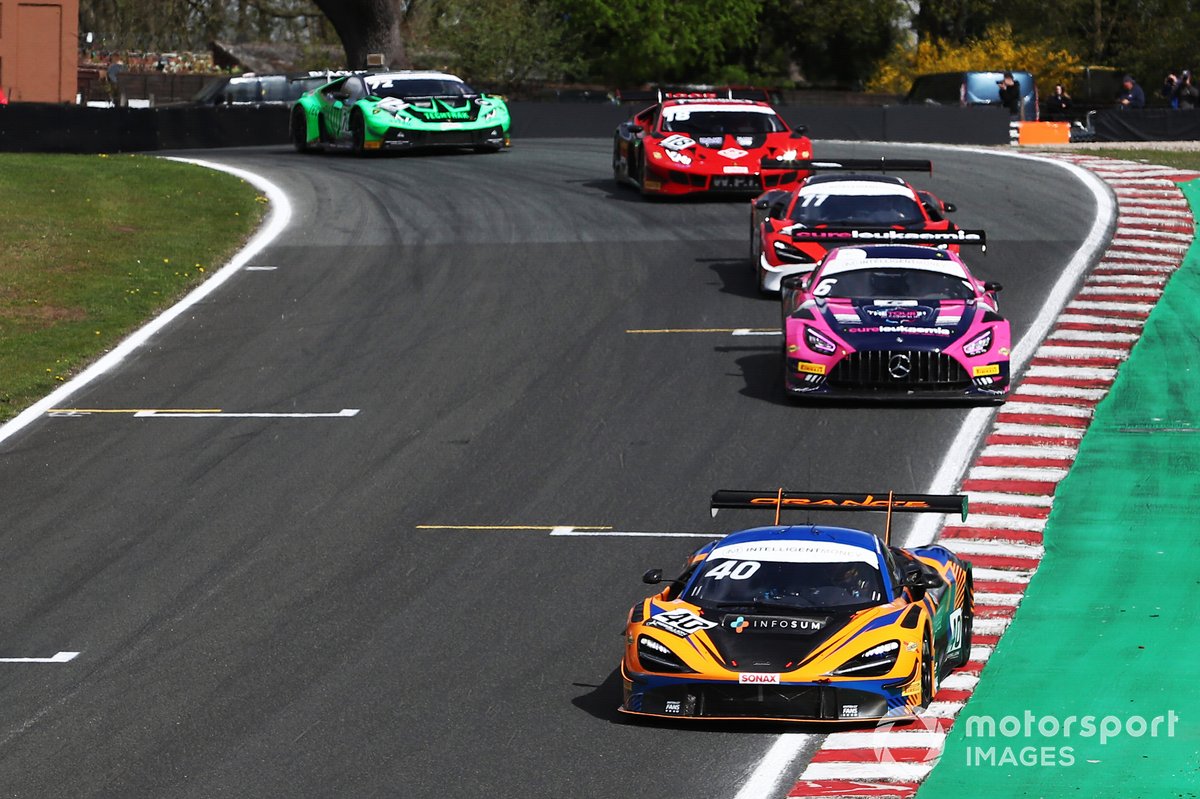