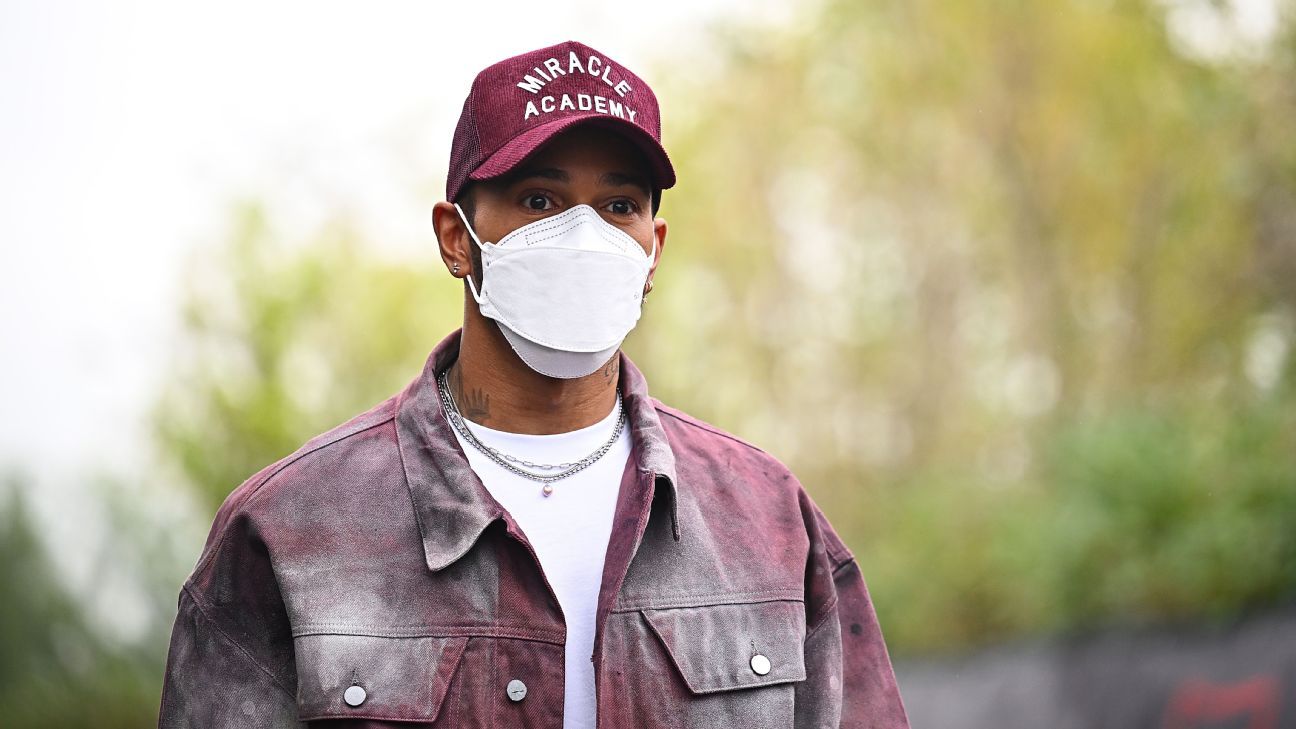 IMOLA, Italy — Lewis Hamilton is hoping to salvage a result from this weekend’s Emilia Romagna Grand Prix after qualifying 13th on the grid ahead of Saturday’s sprint qualifying race.

The seven-time champion failed to make the top-ten shootout in Friday’s qualifying session after struggling for performance in wet conditions.

Saturday’s sprint race will reward points to the top eight finishers and set the grid for Sunday’s Emilia Romagna Grand Prix at Imola.

Hamilton’s cause was not helped when Ferrari’s Carlos Sainz crashed in Q2, which resulted in the session being suspended in dry conditions when Hamilton was down in 13th only for rain to hit ahead of the restart and prevent drivers from improving on their lap times.

But the Mercedes driver blamed the performance of the car, which has received several updates ahead of this weekend, over the conditions.

“It wasn’t a great session,” he said. “Naturally, it is disappointment. “We came here with optimism. Everyone has worked hard at the factory. It is disappointing.

“I think we underperformed as a team today. There are things we should have done that we did not do.

“We’ll work as hard as we can to move up in the sprint race — it will be a difficult race. Hopefully tomorrow is better weather-wise.

Asked what he said to Mercedes team boss Toto Wolff when he returned to the garage, Hamilton added: “It is internal stuff, I’d rather not share that. We will keep working. Each weekend is a rescue.”