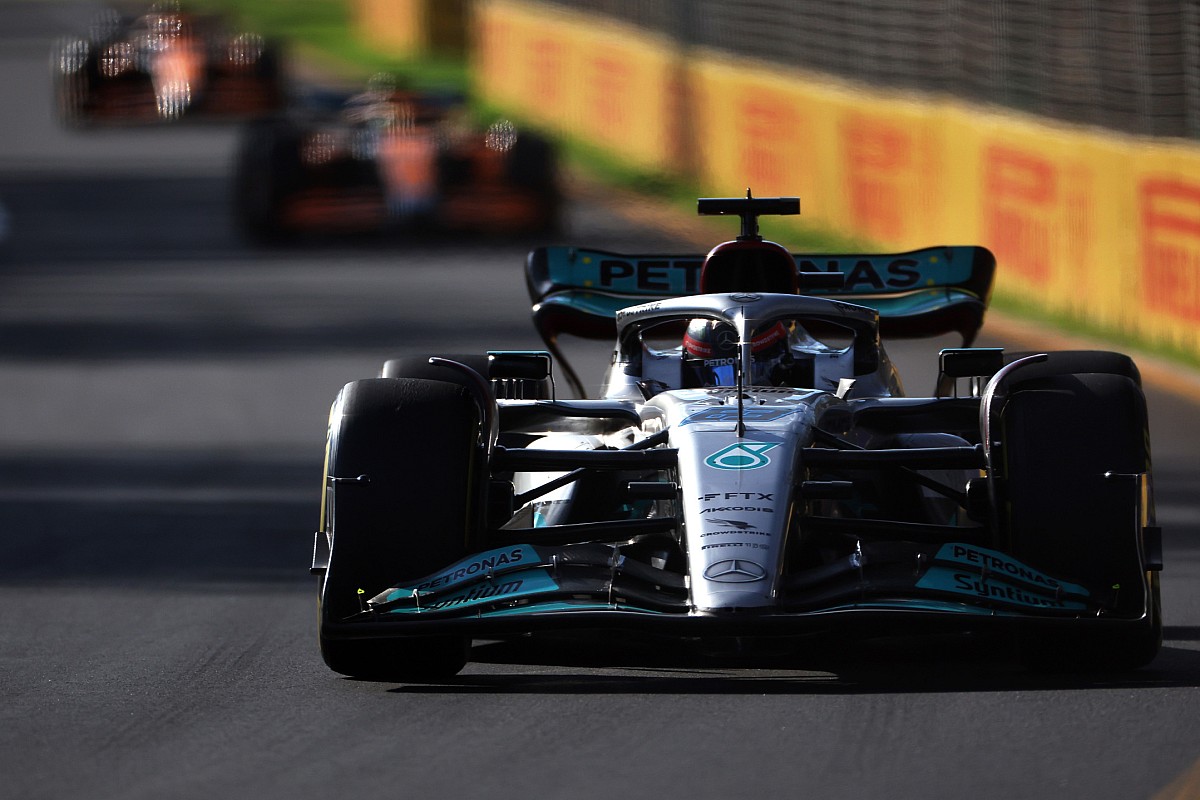 The German car manufacturer has been battling to get on top of ‘gremlins’ inside the W13 that is not allowing it to unleash the full potential it believes the car has.

It has put on hold any major updates to its car until it fully understands what is behind its difficulties, but that has not stopped it delivering some minor developments for this weekend’s Emilia Romagna Grand Prix.

With the car suffering from excessive porpoising, Mercedes is trying to hone in on the triggers for the phenomenon, and the air flow separations that can set off the problematic stall as the car nears the ground.

Several of the Mercedes tweaks introduced at Imola are focused on this airflow separation factor.

As seen above, it has reprofiled the upper shroud of the side impact spars and its mirror housing. 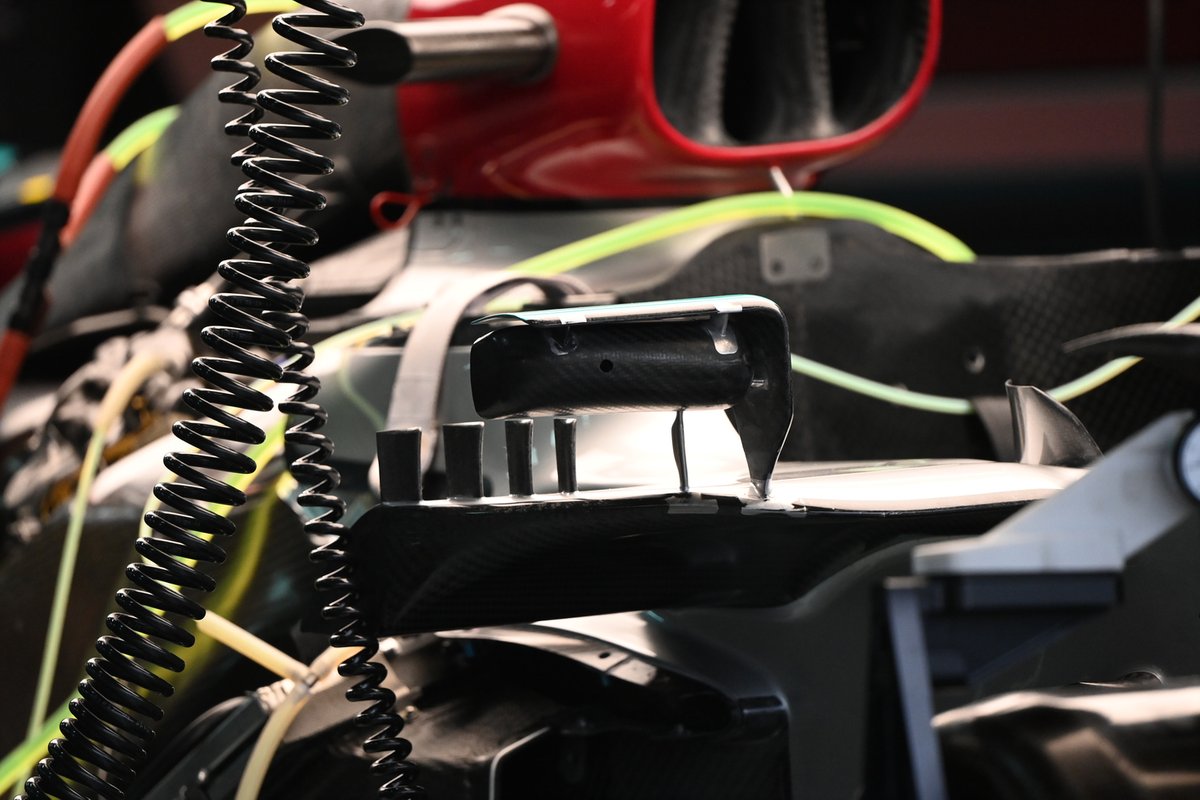 The team says: “These geometry changes have been introduced in order to remove small areas of separated air flow, and by doing so we improve air flow to the rear of the car.”

Mercedes has also reduced the floor curl ahead of the rear tyre to help “remove a small area of air flow separation and improve flow in the diffuser, which results in an increase of rear load.”

In the wake of some cooling compromises that affected Lewis Hamilton in particular at the Australian Grand Prix, Mercedes has also added a third chassis side turning vane ahead of the sidepod inlet (seen below). 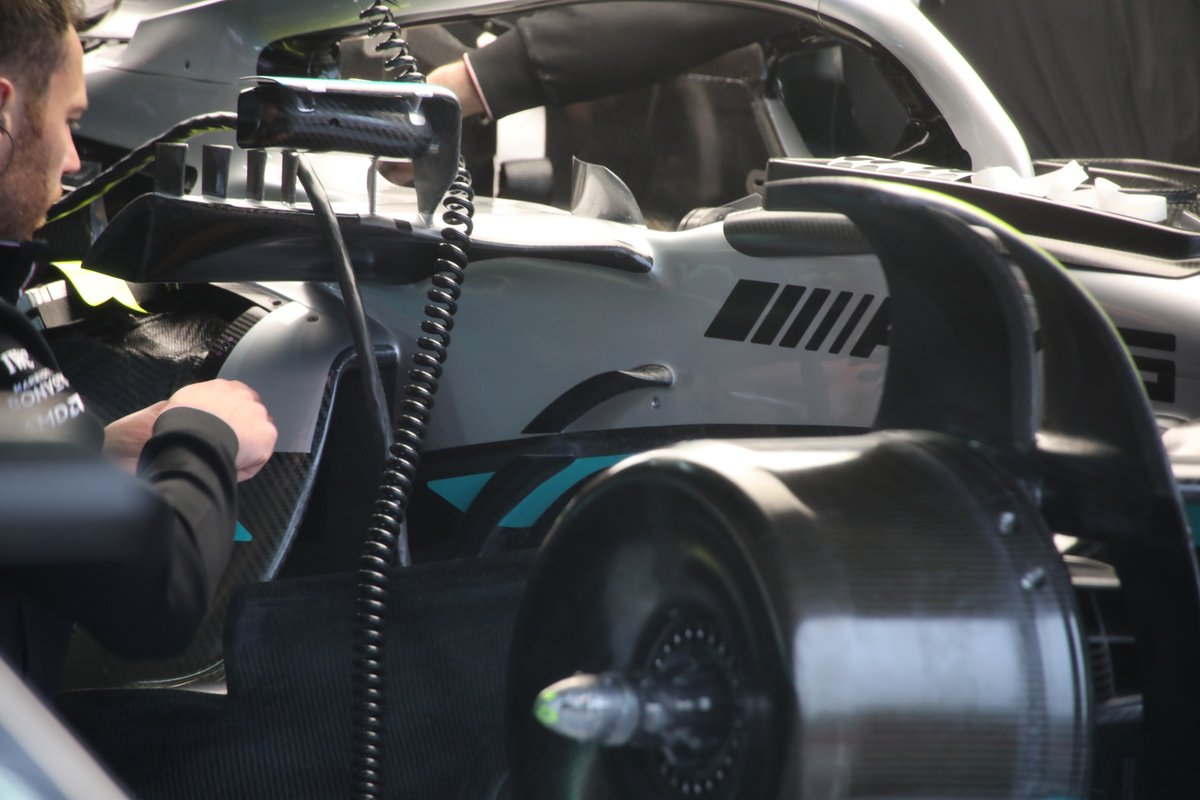 The team said: “These vanes improve the air flow quality into the sidepod radiator duct and therefore improve the overall cooling of the car.”

Red Bull has also made some minor modifications to its car in a bid to try to improve its performance.

It has added a narrow span secondary wing on its floor keel, which is similar to competitor designs, to help try to improve downforce generation in this area.

The team has also introduced additional rear brake cooling, with the team having had some problems with overheating in the early races.

The changes to inlet and exit ducts will deliver a greater airflow mass for better cooling of the brake materials and brake calipers.

No change at Ferrari

While Mercedes and Red Bull have introduced some changes for this weekend, Ferrari has elected not to introduce any modifications.

Team principal Mattia Binotto explained after the Australian GP that the compressed format in Imola, because of the sprint race, meant there was not enough time to evaluate upgrades and prepare for the event.