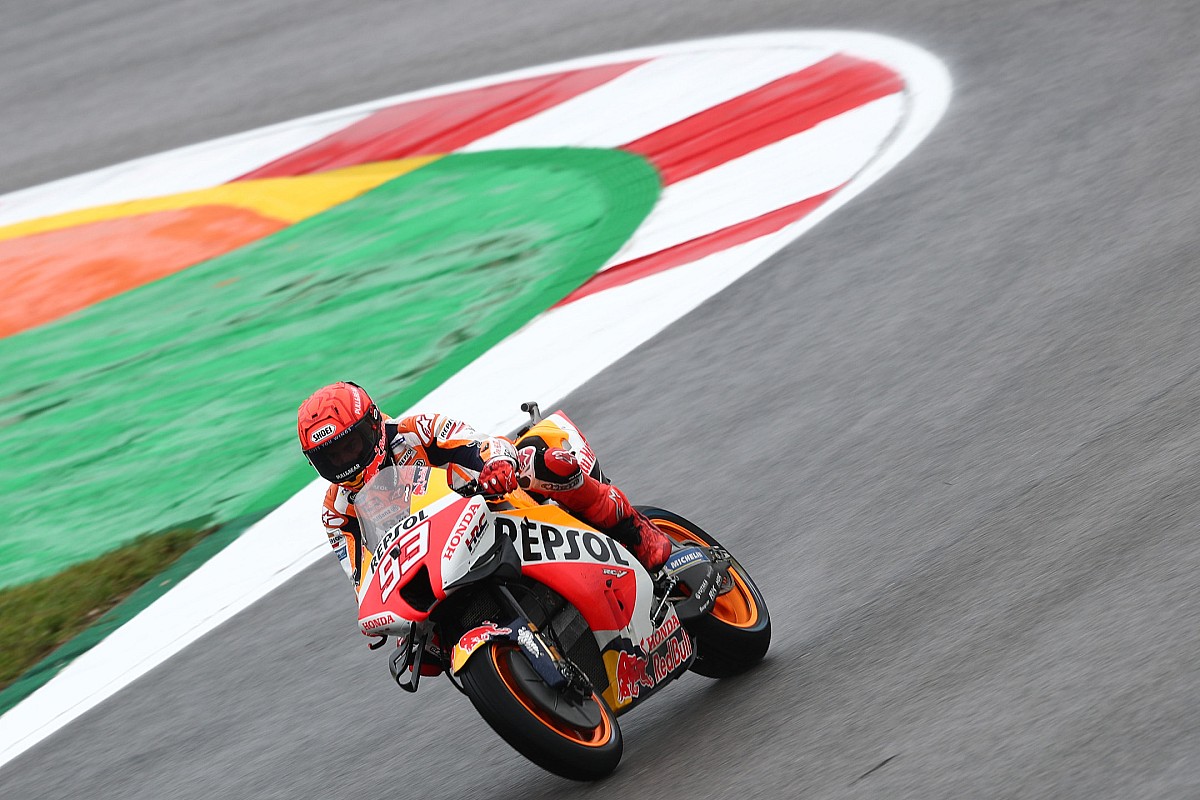 MotoGP last visited the Algarve International Circuit near Portimao in November for the second of two races at the venue in 2021, but picking up where the riders left off was impossible as rain lashed the track ahead of FP1.

With conditions set to be similarly damp throughout the weekend, the circuit was busy from the get-go when the 45-minute session was given the green light.

Marc Marquez set the early pace with a 1m57.025s, though this would quickly be whittled down as the field grew more confident in the conditions.

After 15 minutes of running, Ducati’s Jack Miller had taken over at the top of the standings with a 1m51.437s, having taken over from his team-mate and November’s Algarve GP winner Francesco Bagnaia.

Just seconds after Miller had gone top, the conditions had claimed its first victim in LCR Honda’s Takaaki Nakagami.

The Japanese rider suffered an odd crash exiting the fast Craig Jones corner at Turn 9, with both Nakagami and his stricken Honda sliding up the hill to Turn 10.

He was unharmed in the crash and made it back out on his second RC213V, though the incident briefly left some debris on the way into Turn 10 – though only required a yellow flag to clear, rather than a session stoppage.

A couple of minutes after Nakagami’s crash, his factory Honda counterpart Marc Marquez returned to the top of the order with a 1m51.219s. 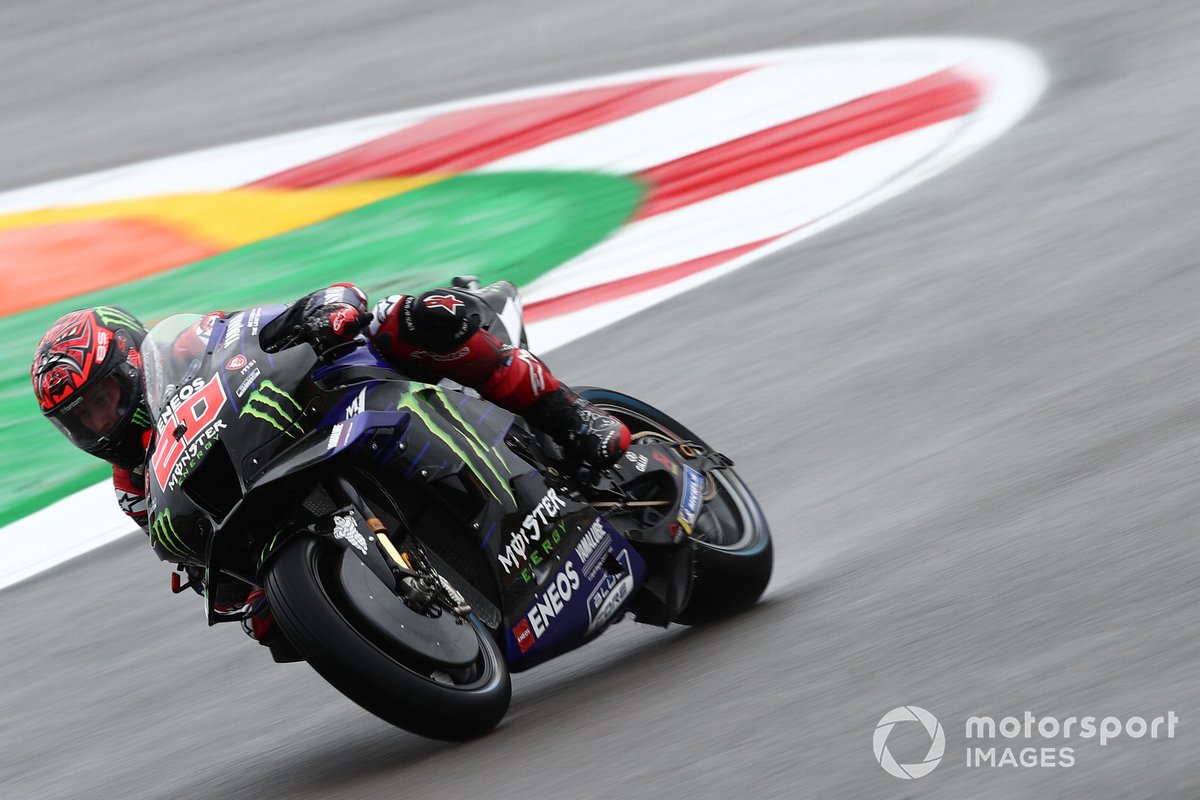 On his cooldown lap back into pitlane following that effort, the six-time world champion almost joined the crash list when he ran onto the wet grass at Turn 13 unaware as he looked behind him to check for oncoming traffic.

Marquez’s benchmark would stand for around another 10 minutes, when VR46 Ducati rider Marco Bezzecchi went top with a 1m51.136s.

With eight minutes remaining, the wet conditions claimed its next victim as Miller slid off his factory Ducati at the Turn 8 right-hander.

The incident proved minor, however, and Miller would be back on track promptly to complete the session.

Marquez returned to the top of the order with four minutes to go with a 1m51.041s, and though Suzuki’s Joan Mir would briefly snatch first away from him with his final effort of 1m51.031s, the Honda rider fired in a 1m50.666s at the death to end FP1 fastest of all.

Mir – who scored his first MotoGP front row at Portimao last November – was cast a decent distance adrift in second by close to four tenths, while Bezzecchi completed the top three on his 2021-spec Ducati.

Pramac’s Johann Zarco was the leading GP22 Ducati runner in fourth ahead of home hero Miguel Oliveira on the factory KTM and Aprilia’s Maverick Vinales.

LCR Honda’s Alex Marquez completed the top 10 ahead of KTM’s Brad Binder and Luca Marini on the sister VR46 Ducati – though the Italian did have a crash at Turn 8 late in the session.

Championship leader Enea Bastianini – who struggled in the wet race in Indonesia in March – was a low-key 14th at the end of FP1 behind Tech3 KTM rookie Remy Gardner, while Nakagami headed Argentina race winner Aleix Espargaro on the other Aprilia in 15th.

Reigning world champion Fabio Quartararo – who was second in the wet Indonesia race – was 1.3s off the pace down in 18th behind the other factory Honda of Pol Espargaro, while Quartararo’s factory Yamaha team-mate Franco Morbidelli was 19th ahead of the sister Suzuki of Alex Rins.

Aprilia is fielding Lorenzo Savadori as a wildcard this weekend and the Italian completed the 25-rider field, 3.594s off the pace.

FP2 for the 2022 MotoGP Portuguese Grand Prix gets underway at 2:10pm local time.