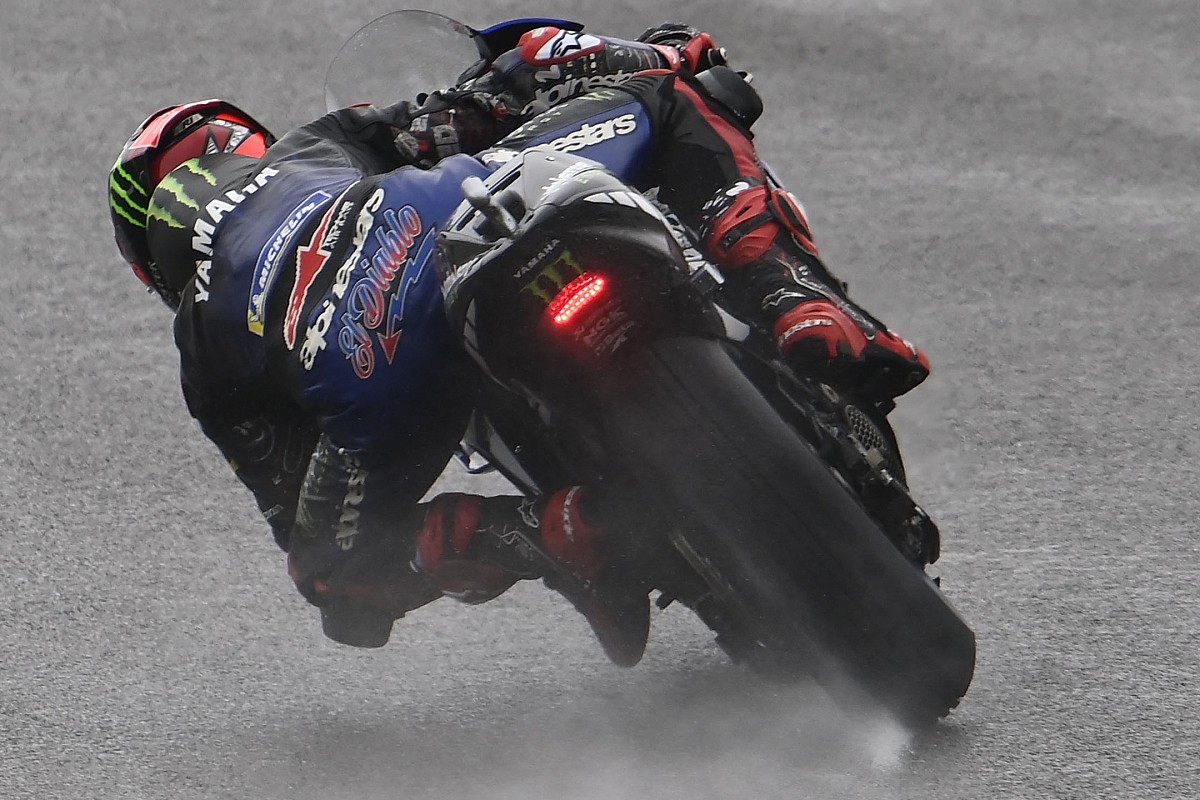 The reigning world champion ended Friday’s running 20th on the combined standings and 1.395 seconds off pacesetter Marc Marquez on the Honda.

The Yamaha has typically struggled in wet conditions in previous years, though the high-grip nature of the Mandalika circuit helped Quartararo to second in the wet Indonesian GP.

Despite his lowly position after Friday’s running at Portimao, Quartararo says his feeling is better than the result shows and is hopeful he has found the right direction to work in to improve his wet form.

“The window of how it works is difficult, but today I found something because in the end [Andrea] Dovizioso in FP2 was fast, also Franco [Morbidelli],” Quartararo said when asked if the Yamaha is a difficult bike in the wet.

“In the FP2 we struggled more, but in the FP2 I didn’t make any good laps to be honest. I could improve much more.

“The window of how [the bike] works is so small, and then I think I’m a rider who is really sensitive to the rear.

“I feel the rear is coming round super easy and my feeling is if the rear is sliding a little bit, I’m feeling it much more than what it actually is.

“I need to adapt a little bit better and I understand today – to be honest, the position was really bad – that my feeling was not as bad.

“We still have a lot to do, but it’s not an easy bike I would say.” 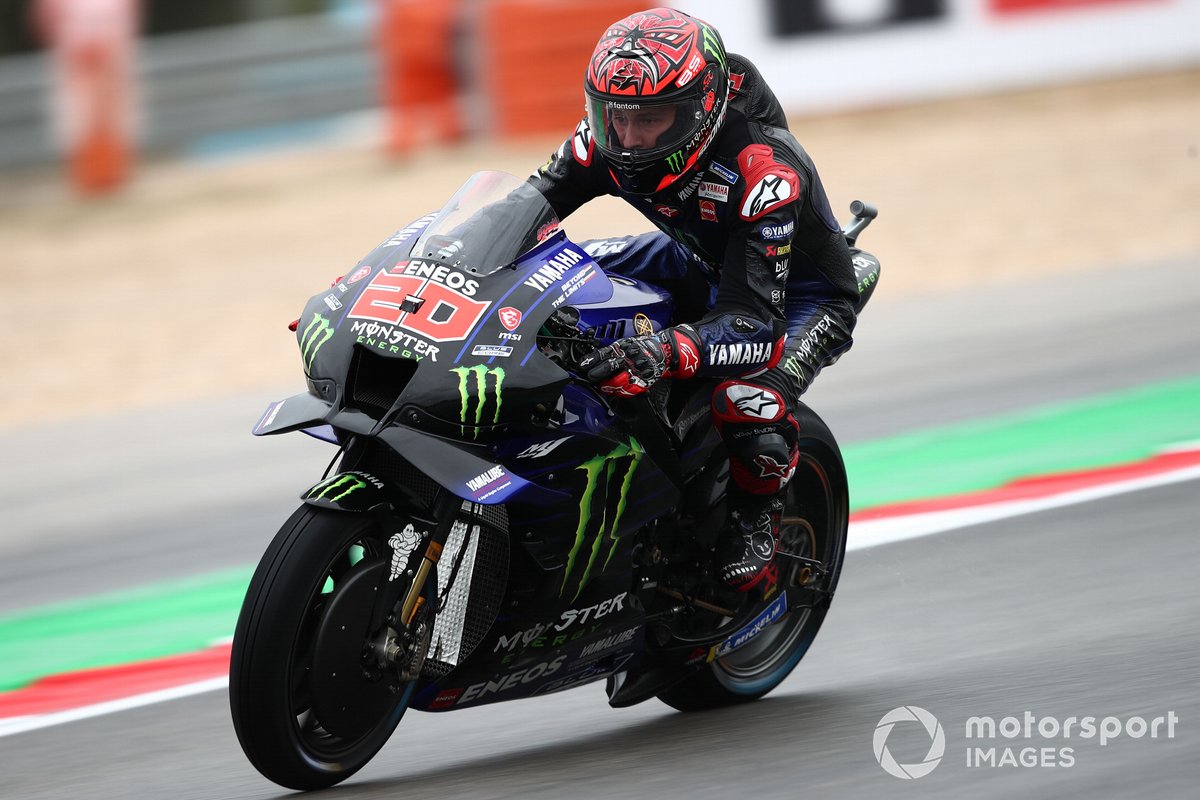 Quartararo added that he was losing seventh tenths across three corners and says he has to stop pushing to the limit at these points to gain more speed.

“They are corners that I am putting myself more on the limit and l’m losing time,” he explained.

“I feel more on the limit how I’m doing than how I should be doing it.

“This is why I think the position is really bad but my feeling is not that bad. Sector one, two and three.”

While Quartararo highlighted Dovizioso’s third-place run in the wet FP2, the RNF Racing rider admits it was “not a real third” and he is still chasing rear grip.

“I was feeling a bit better, but the third position was not the reality because most of the riders started with the used tyre from the morning and all the Yamahas started with the new one,” Dovizioso explained.

“That is not a real third position. I was feeling a bit better compared to the other Yamahas, but still the feeling didn’t change a lot.

“We tried different set-ups but we are not really able to affect the grip.”