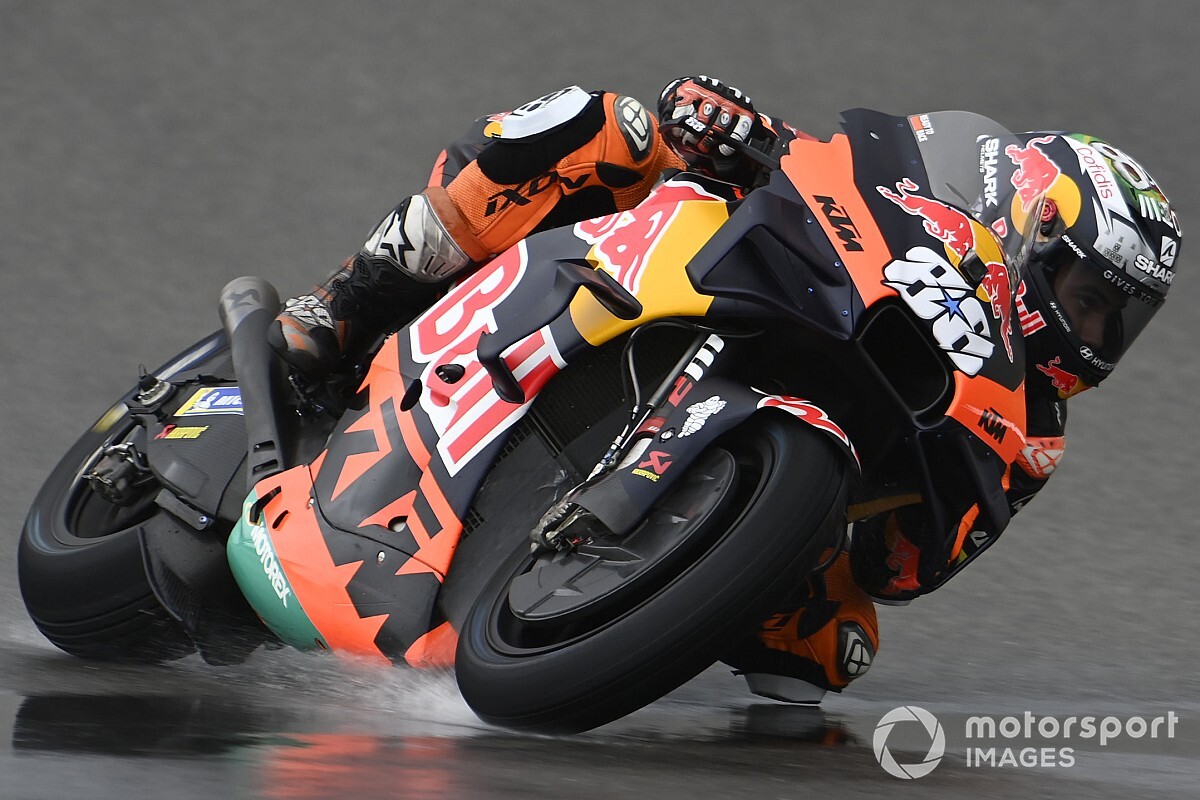 The heavy rain of the early morning on Saturday had given way to sunnier conditions for the start of the final 45-minute practice of the weekend at the Algarve International Circuit near Portimao.

As a result, riders were able to find improvements in lap time on the combined standings crucial for deciding who goes directly into the Q2 qualifying pole shootout session.

Ducati’s Jack Miller was the first significant improver in eighth on the combined order with a 1m51.334s, before Oliveira leaped up to third a few moments later with a 1m50.796s.

The 2020 Portugal winner then shot to the top of the order with a 1m50.583s to finally depose Marquez from the first spot he’d held onto since FP1.

Oliveira improved again to a 1m50.552s with just under 30 minutes of the session remaining, though the return of heavier rain about five minutes later would stop anyone from challenging this.

Despite the conditions being the best they’d been all weekend at the start of FP3, they still proved hugely tricky as both Marquez brothers found out.

Six-time world champion Marc Marquez was thrown over the handlebars of his factory team Honda at the Turn 8 right-hander 10 minutes into the session.

Marquez landed on his head and broke the visor on his helmet, but was able to remount his bike and return to pitlane having completed just five laps. 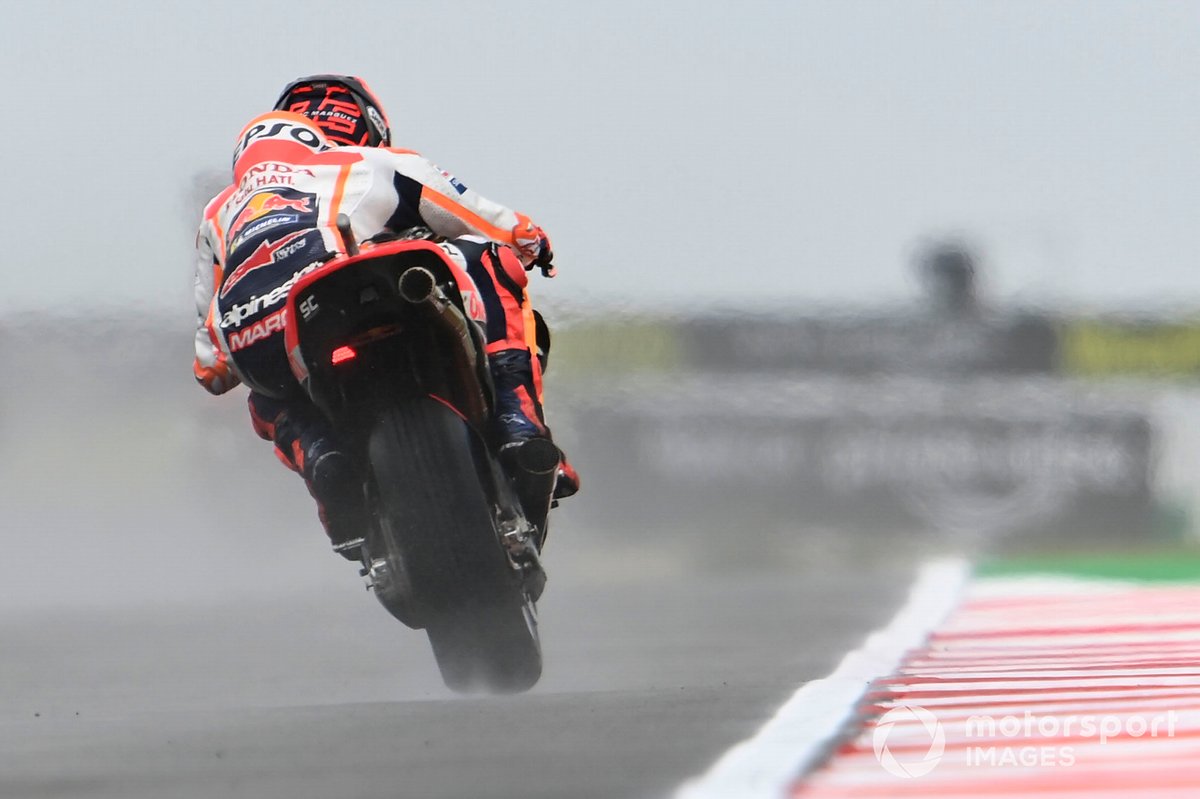 His brother Alex Marquez crashed his LCR Honda just seconds after he did, but was also able to walk away unscathed.

The return of the rain midway through FP3 would ultimately come to Marc Marquez’s rescue, as it would keep him fifth on the combined order courtesy of his FP1 best of 1m50.666s.

Several riders made vital improvements during the rainfall, most notably KTM’s Brad Binder in fourth and Aprilia’s Aleix Espargaro, who came from outside of the top 15 to ninth with a 1m51.248s.

But the top 10 – and thus the direct Q2 places – were closed off to the likes of Maverick Vinales on the sister Aprilia, Pramac’s Jorge Martin, 2021 Algarve GP winner Francesco Bagnaia on the factory Ducati, world championship leader Bastianini and his nearest title rival Alex Rins on the Suzuki.

On the combined order, Oliveira was shadowed by 2020 world champion Joan Mir on the other factory Suzuki, the Spaniard 0.049 seconds off the pace.

Reigning world champion Fabio Quartararo felt on Friday he could make a breakthrough in wet weather riding on his Yamaha and ended FP3 in third ahead of Binder and Marc Marquez – who returned to the circuit in the closing moments after his earlier crash.

Honda team-mate Pol Espargaro was sixth overall courtesy of his FP2-topping lap from Friday, while VR46 rider Bezzecchi rookie gave his visiting boss Valentino Rossi something to smile about in seventh. However, Bezzecchi’s session was ended with around five minutes to go when he crashed heavily at Turn 2.

RNF Racing’s Darryn Binder was the only other fallers in FP3, the South African coming off his Yamaha at Turn 2 with around 15 minutes remaining.

Qualifying for the 2022 MotoGP Portuguese Grand Prix will start at 2:10pm local time.