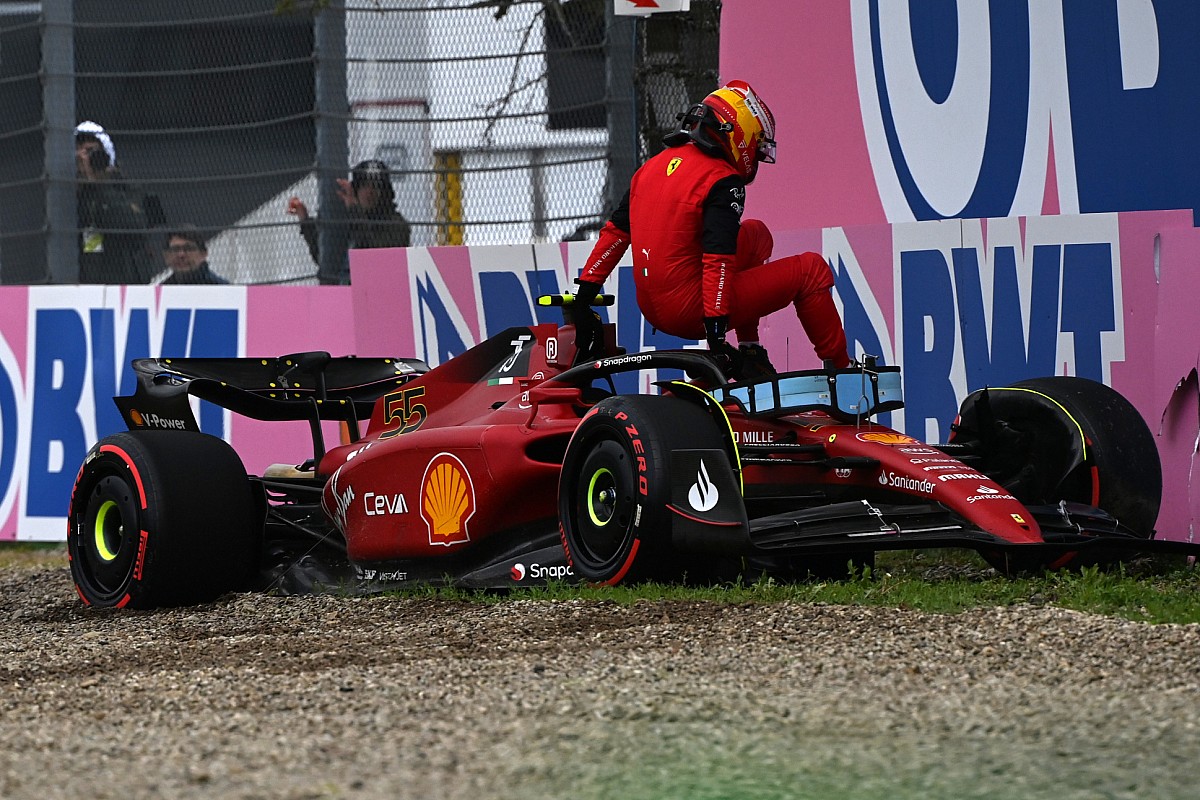 Ferrari driver Sainz crashed out early in the second stage of qualifying for the Emilia Romagna Grand Prix on Friday, losing control at the exit of Rivazza after running over the kerb on the outside of the corner.

Sainz had been trying to improve his initial lap time before the incoming rain arrived and while his effort was enough to get him through to Q3, he was unable to take part in the session.

It means Sainz will start tomorrow’s 21-lap sprint race from 10th place, while team-mate Charles Leclerc lines up on the front row after narrowly losing out to Red Bull’s Max Verstappen in the fight for pole.

Sainz explained that he was surprised to lose the car in the fashion that he did, but took full blame for the mistake.

“The target was to put a banker lap in, knowing that the rain was going to come,” Sainz said.

“Honestly I knew I was P1, P2 the whole session, and I wasn’t pushing really that hard at all. The car surprised me in that corner, [and] I missed it.

“It’s clear that the track conditions are very tough out there, and I did a driver mistake that is going to cost me quite a lot going into the weekend.

“But at least thinking positively, I will have sprint quali and the race to recover.” 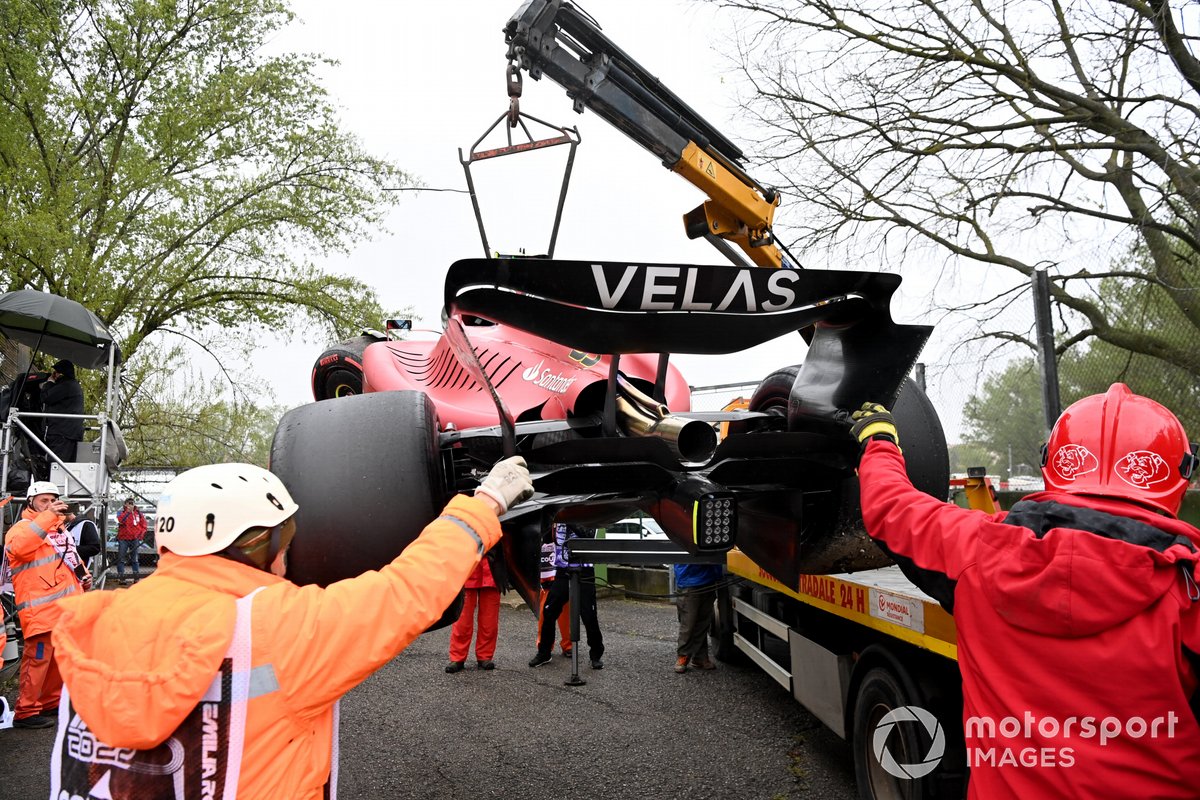 Marshals load the car of Carlos Sainz Jr., Ferrari F1-75, onto a truck

Sainz acknowledged the damage on his car “looked bad” after the shunt and that it was “not going to be easy for the guys tonight” to get the repairs completed.

“So big apologies to them for giving them the extra work, and now it’s time to focus on tomorrow,” he added.

The setback comes after Sainz spun out of the Australian Grand Prix two weeks ago while trying to recover from a difficult qualifying session that left him ninth on the grid.

The incident has prompted Ferrari to give him a new engine as a precaution this weekend.

Sainz said the target at Imola was now “to move forward and try and rescue some good points” over the sprint race and grand prix.

“The weekend is not over yet, it’s only Friday, so there’s plenty of time,” Sainz said.

“But obviously it hurts because we should have been easy through to Q3, and in the wet, you never know what can happen.”