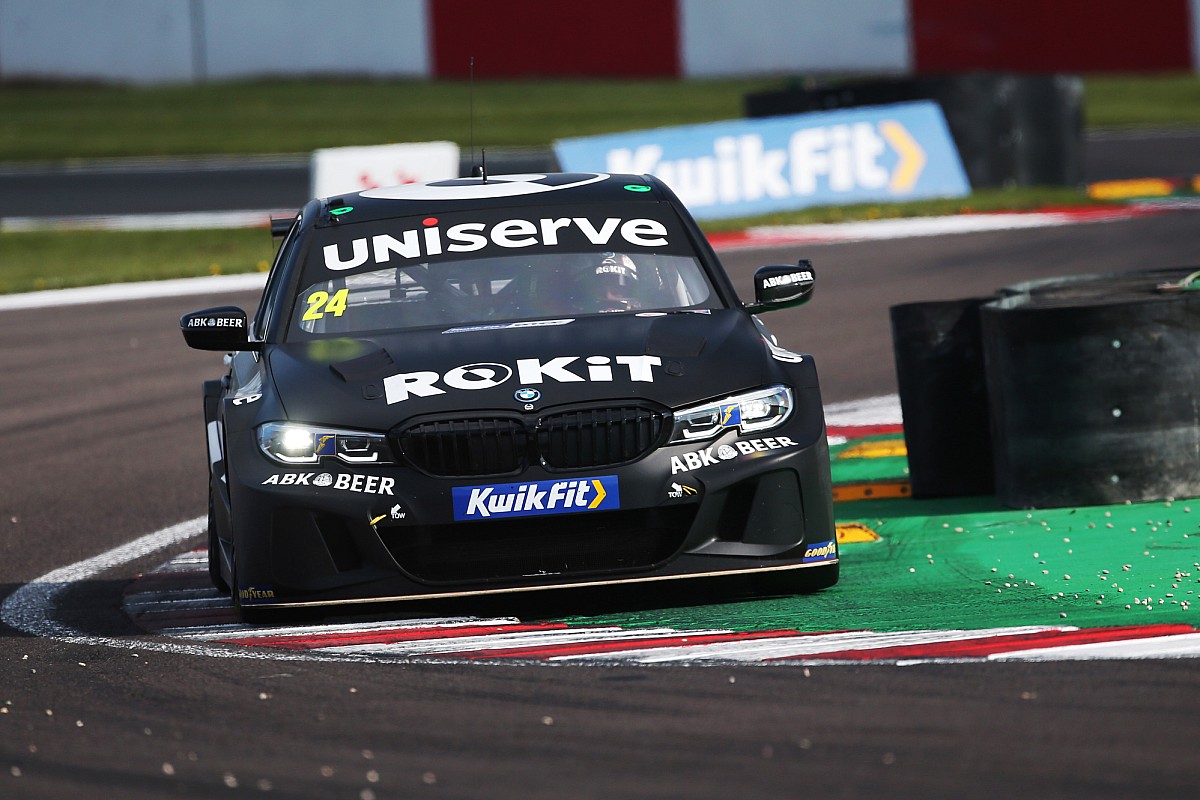 Hill was excluded from third position in race one when his West Surrey Racing-run BMW 330e M Sport incurred damage as a result of which it failed the ride-height test, before racing from the rear of the grid to ninth in race two.

He was drawn on pole position for the reversed grid, and drove away from the field.

Dan Lloyd, who started his Excelr8 Motorsport Hyundai i30 N from the front row, ran second initially, before reigning champion Ash Sutton slipped past at the Old Hairpin on the third lap.

At this point Sutton’s Motorbase Performance Ford Focus was a second adrift of Hill, and the leader gradually extended the advantage to a maximum of 2.609 seconds with a lap remaining, before taking victory by 2.148s.

“It’s a nice recovery,” said Hill. “It’s just rewarding for us – I forgot how many highs and lows there are in the BTCC.

“Once I got away that was that – it’s nice to have a car capable of doing that, and it was honestly so chilled.”

For his part, Sutton attempted to get the bonus point for fastest lap, but the pace of Hill was too much for him, even though the Ford was much improved from the opening two races.

Lloyd had a queue of cars behind him by half-distance, but clung on well in the Hyundai until the penultimate lap. 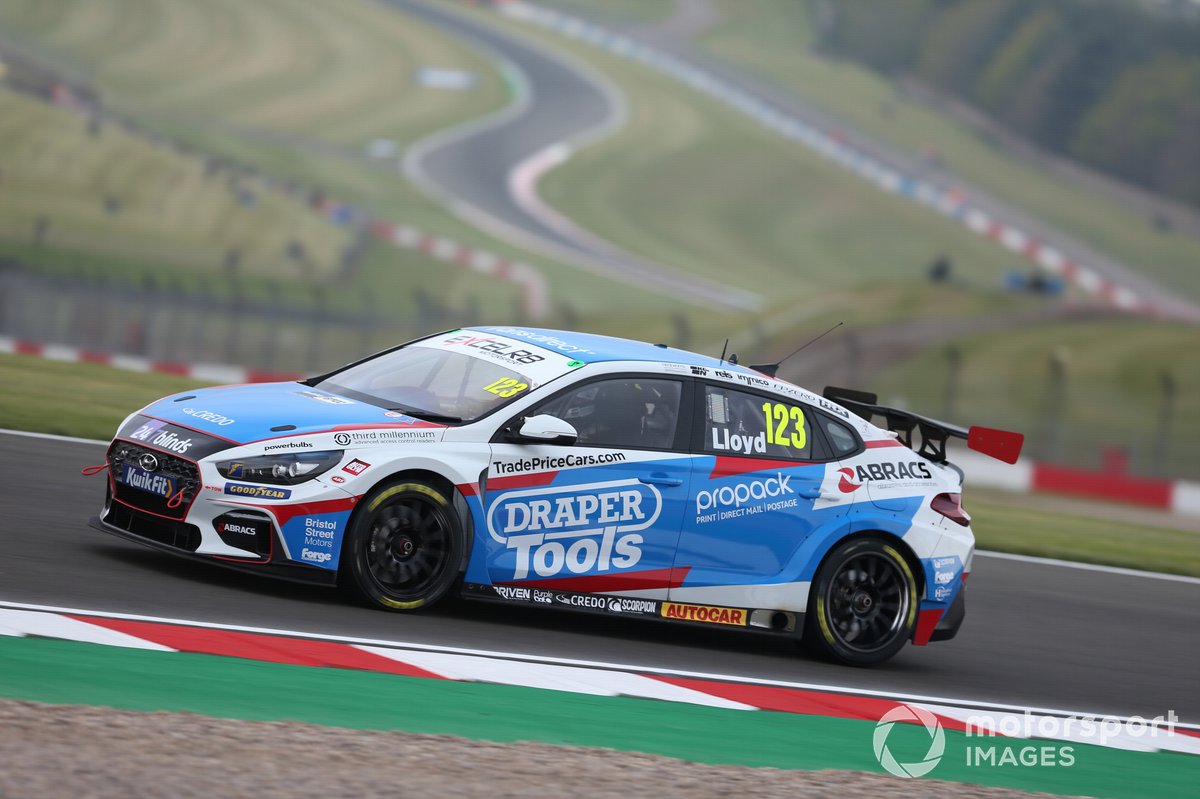 That was when he made an error at Redgate, allowing Josh Cook’s BTC Racing Honda Civic Type R alongside – Lloyd moved over, but Cook kept his foot in and completed the move to make a great turnaround since his qualifying disaster.

Later that lap, first-race winner Tom Ingram got his Excelr8 Hyundai ahead of the Ciceley Motorsport BMW of Adam Morgan, whose hybrid has been out of use since the end of race one, at the chicane for fifth place.

Lloyd narrowly headed team-mate Ingram for fifth, with Morgan sixth and Rory Butcher – himself recovering from earlier setbacks in his Speedworks Motorsport Toyota Corolla – in seventh.

Following his second-race stall, Colin Turkington took his WSR BMW from 14th on the grid to eighth.

Turkington was running behind race-two victor Gordon Shedden’s Team Dynamics Honda and the Team Hard Cupra Leon of Bobby Thompson when contact between this duo at Coppice put Shedden into a massive slide, from which he recovered to wrest ninth from Thompson.

Following his earlier podium, BTCC debutant George Gamble jumped the start yet lost places on the opening lap before serving a drive-through penalty in his Ciceley BMW.