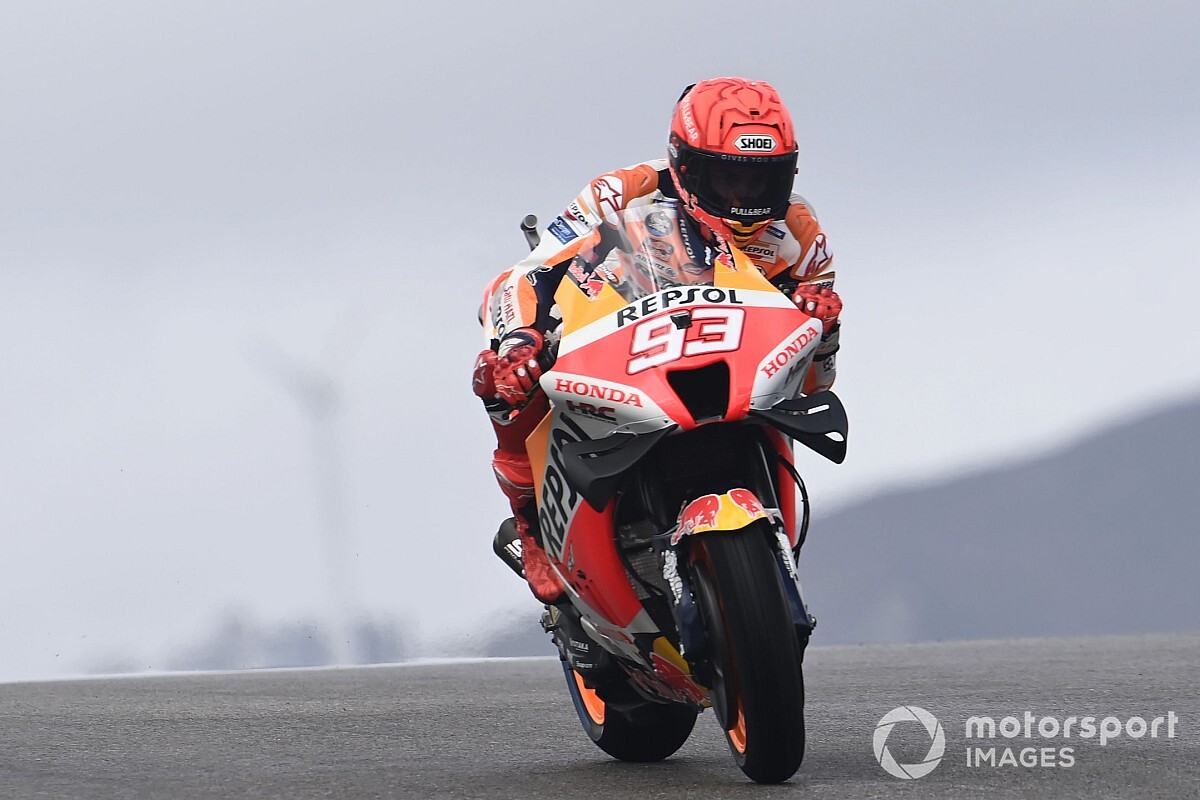 Qualifying at Portimao on Saturday was hectic as Q2 was the first session of the weekend to be run in fully dry conditions.

This meant lap times improved throughout the 15-minute session as the track evolved, with top spot changing hands constantly.

Marquez was on a lap in the dying stages of Q2 that was set to put him onto provisional pole, but had the time taken away from him for passing yellow flags at the last corner brought out by team-mate Pol Espargaro crashing.

This ultimately dropped Marquez to ninth on the grid, but admitted the lap he was on was “nothing special” and held no ill feelings towards Espargaro.

“In the end, everyone improved in the end. Everyone was waiting for the last laps to push, because the track was coming better and better.

“But it’s true I was coming in a good lap… a solid lap, nothing special.

“But I knew in that condition normally I’m fast, so I said ‘Ok, I will do a solid lap but nothing special’. But when I arrived in the last corner I saw the yellow flag.

“I slowed down a bit but wanted to finish the lap to understand where I am.

“We start ninth, it’s not bad. It’s true it will be better starting in the second row, third row. But it’s like this.” 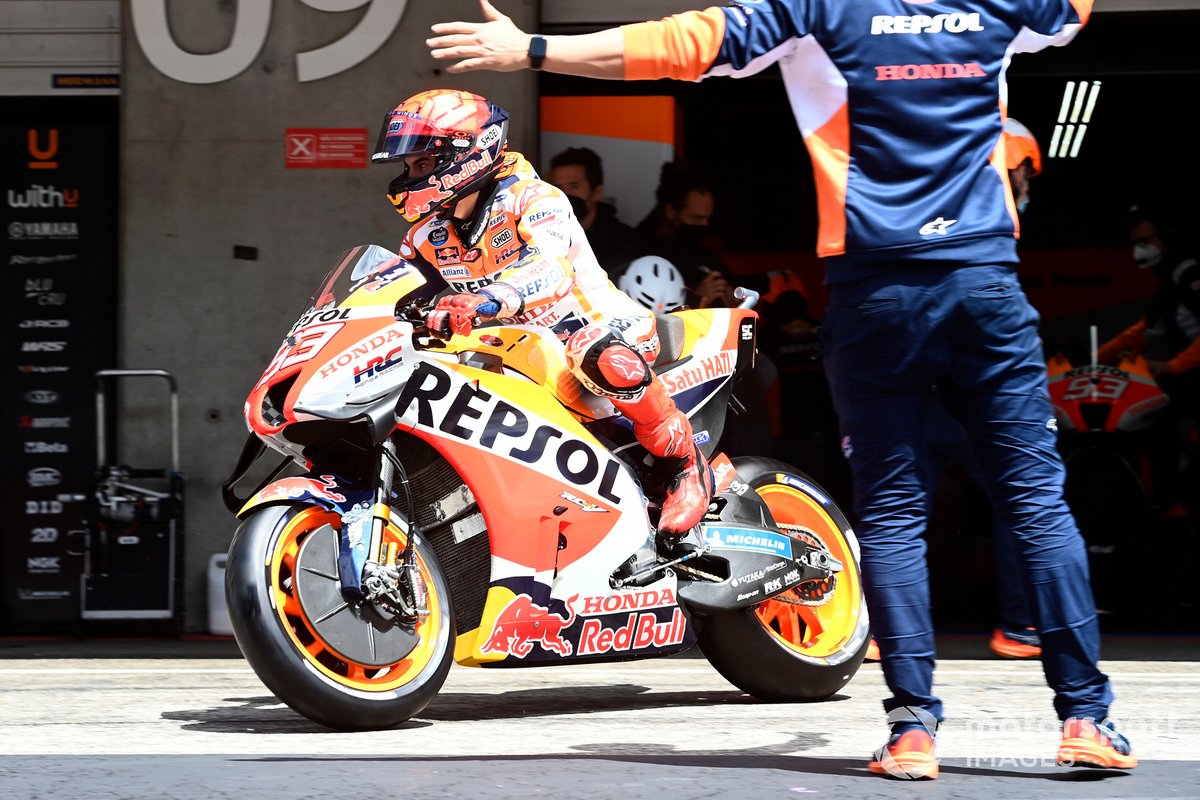 Marquez’s day began with a crash in the wet FP3 session, with the Honda rider landing on his head having been thrown over the highside.

Given his recent vision problems as a result of concussions, Marquez’s crash was some cause for concern.

But while he is aware the risk of vision problems returning should he have a big enough incident, Marquez says the one he had in FP3 was “normal”.

“I mean, of course when I decided to come in Austin this was one of the questions to my doctor,” he said when asked if crashing onto his head again and walking away unscathed was a relief.

“I said ‘if I land on my head again, what’s going to happen?’ He said it doesn’t mean that every time you land on your head and have an impact, the same [problems] will appear.

“You have a risk in Austin, in the next race, in the next year. It’s true, the Indonesia crash was a massive one.

“Here I crashed, I landed on my head and nothing happened. It’s true I have pain in my neck, but it was a normal crash. Nothing more.”

With Sunday’s race set to be dry, the 20-minute warm-up session will be the only track time riders will have to prepare a set-up for the grand prix.

Marquez says he will have to be lucky with tyre choice and set-up if he is to have a good race from ninth.

“You don’t have the time to try anything. So, if all these two things are in the correct way, we will try to do our 100% in the race.”