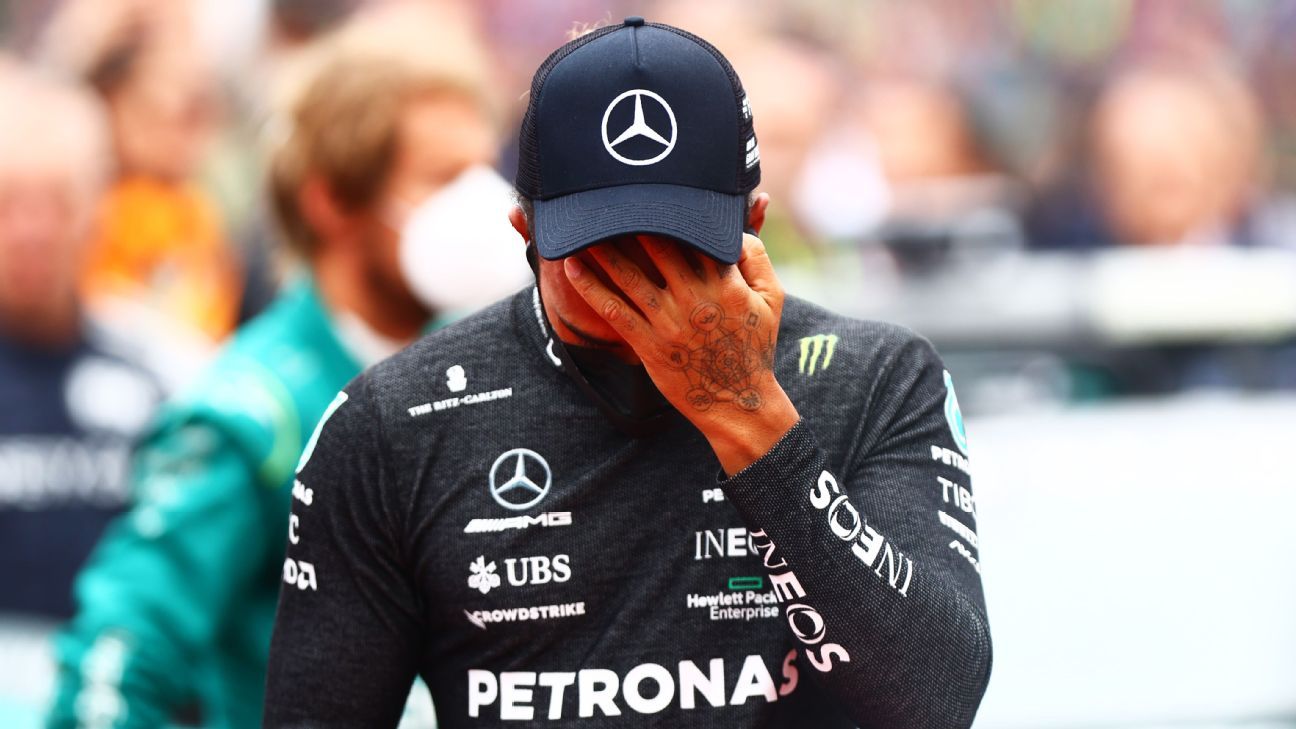 IMOLA, Italy — Toto Wolff said Mercedes has not produced a car worthy of Lewis Hamilton’s status as a seven-time world champion after seeing him get lapped by Max Verstappen and finish 13th at Imola.

In one of the most ordinary displays of his illustrious career, Hamilton found himself stuck behind AlphaTauri’s Pierre Gasly in a race which featured minimal overtaking when the track dried out after an early rain shower, even with the Drag Reduction System aid enabled.

George Russell finished fourth in the sister car with another very impressive drive to give Mercedes some positives heading to the first Miami Grand Prix on May 8.

Mercedes boss Wolff refused to lay any blame at Hamilton’s door, saying the car is simply not where it needs to be and that Hamilton had not been able to progress in the same way Russell had.

“Yeah, really bad,” Wolff said. “He got squeezed by the Alpine [at the start], the other two cars undercut and there’s just no overtaking when you’re in a DRS train. We saw from George what the car can do in free air but we are not good enough for a world champion, not worthy for a world champion.

“We just need to fix the car”

On Russell’s result, Wolff said: “George really drove well considering the car he had underneath. He had a car that was setup for the wet, and not for dry and he handled it. A really, really good drive.”

After the race, Wolff apologised to Hamilton over the radio, which was broadcast on TV.

One of the notable traits of the Mercedes W13 car is how it bounces aggressively when driving at high speed and this was seen on a number of occasions down Imola’s long main straight.

Wolff said it is remarkable Hamilton or Russell are able to deal it at all.

When asked later if his apology was about something else unseen Hamilton was dealing with, he said: “No, just the car was undriveable.

“You see the bouncing on the main straight, I wonder how the two of them can even keep the car on the track at times.

“Lewis deserves better from us. But we are a team so we all need to do the utmost in order to provide him with a machine that is able to fight for front positions.”

Hamilton has been the dominant driver in F1 since 2014 but has looked out of sorts with Mercedes’ troublesome car this year.

Hamilton returned the apology to the team when he spoke to the media on Sunday evening.

“It’s been difficult. But I don’t really know what to say. It definitely isn’t easy.

“We all feel it as a team. at least George got some points for the team today, my apologies to everyone that I wasn’t able to do the same.”

When asked what the problem was while stuck behind Gasly, he simply said: “I don’t really know, I just wasn’t fast enough to overtake him.”