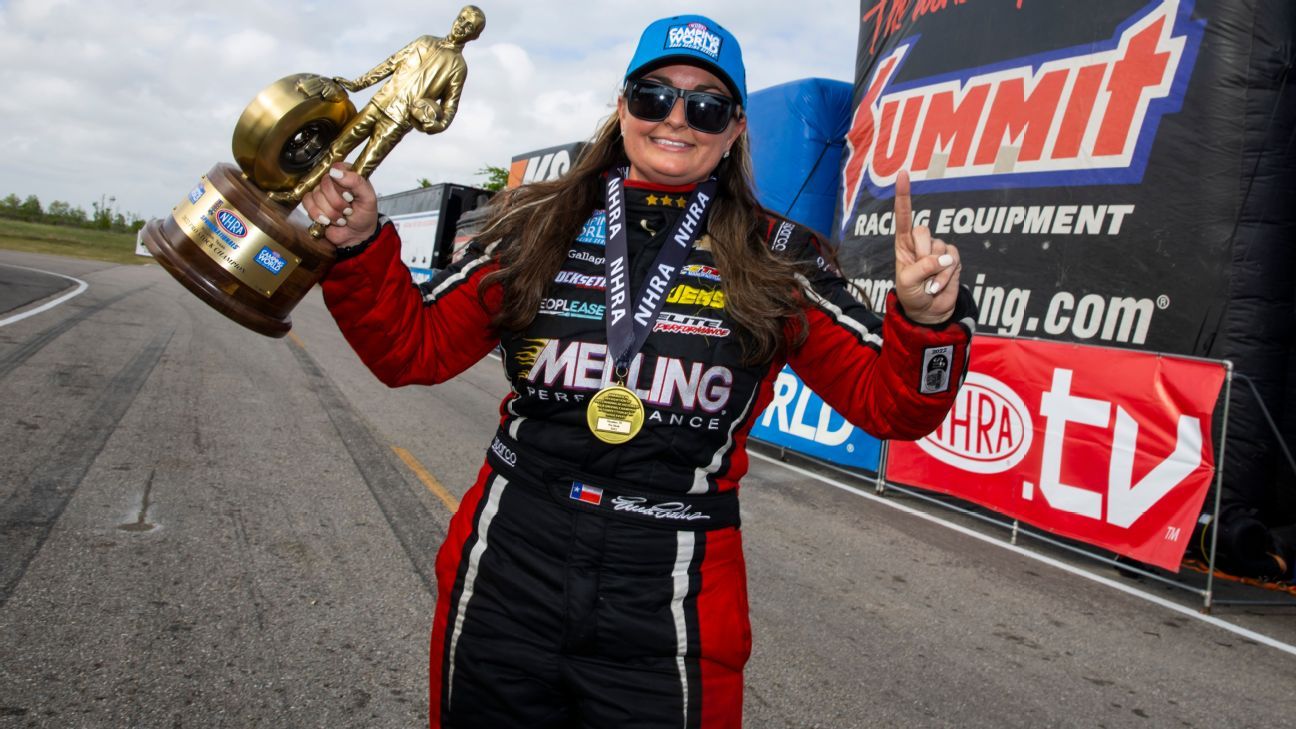 Enders had a 6.568-second pass at 210.24 mph in a Chevrolet Camaro for her third victory in the first five races of the season and 36th overall.

The track that hosted its first national event in 1988 is closing after the event to make room for Katoen Natie’s expanding port facility.

“I grew up drag racing here and I don’t know if I can put this into words,” Enders said. “I made my first passes down the racetrack when I was 8 years old and to do this here in Houston means the world to me. We were able to execute perfectly today and I’m so proud of this team. It was just an unbelievable day.”

Force raced to her second straight victory, beating Justin Ashley with a 3.767 at 321.42. She has 12 career victories, three at the track.

Hagan won for the second time this season and 41st overall, edging Bobby Bode with a 3.982 at 326.63 in his Dodge Charger SRT Hellcat.

After setting both ends of the track record earlier in the day, Johnson closed it out with his first victory of the season, topping Matt Smith with a 6.720 at 199.91 on a Suzuki.