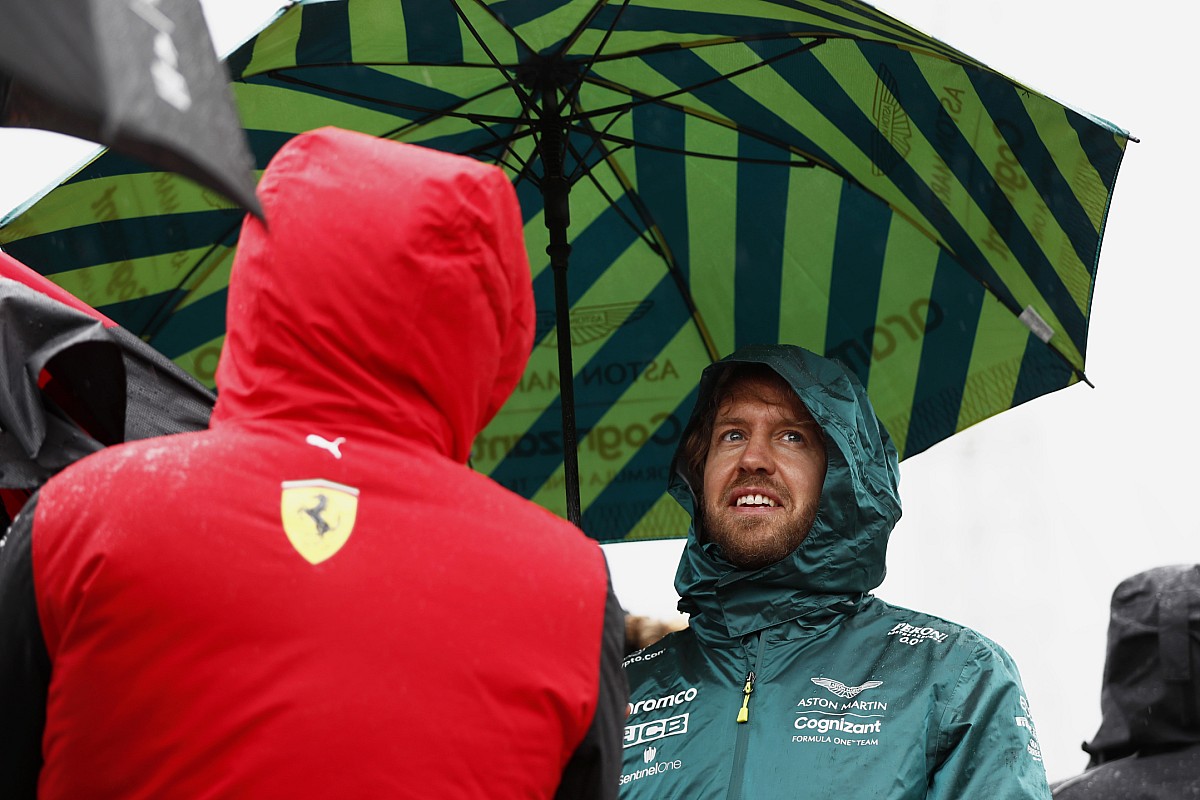 From 13th on the grid he jumped up to ninth on the first lap, later gaining a spot when Fernando Alonso retired.

He moved up another place when he jumped Kevin Magnussen in the pits after being among the first to switch to slicks, leaving him in seventh for much of the race. He gained another position when Charles Leclerc spun, but lost out to Yuki Tsunoda and the recovering Leclerc.

“It’s like a victory,” he said. “We have to be honest, we are not the fastest at the minute. I think we are pretty much at the other side of the field. But today we did really well, the weekend helped us with the conditions, but we managed to capitalise.

“I think we did a great job on calling for the dry tyres, and everybody else then I think copied what we did. So I was happy to go even a lap before or two. So yeah, it was really, really good.

“And obviously, no chance to hold Charles off in the end, he’s like four seconds faster, three seconds faster. If you told us that we are fighting a Ferrari with four laps to go before the race I would have would have taken it.

“I mean, it’s still eighth position. So it’s not as enjoyable as winning. But to be honest, you know, I’ve driven a lot of races where I finished on the podium and I’ve done a worse race. So I’m very happy.” 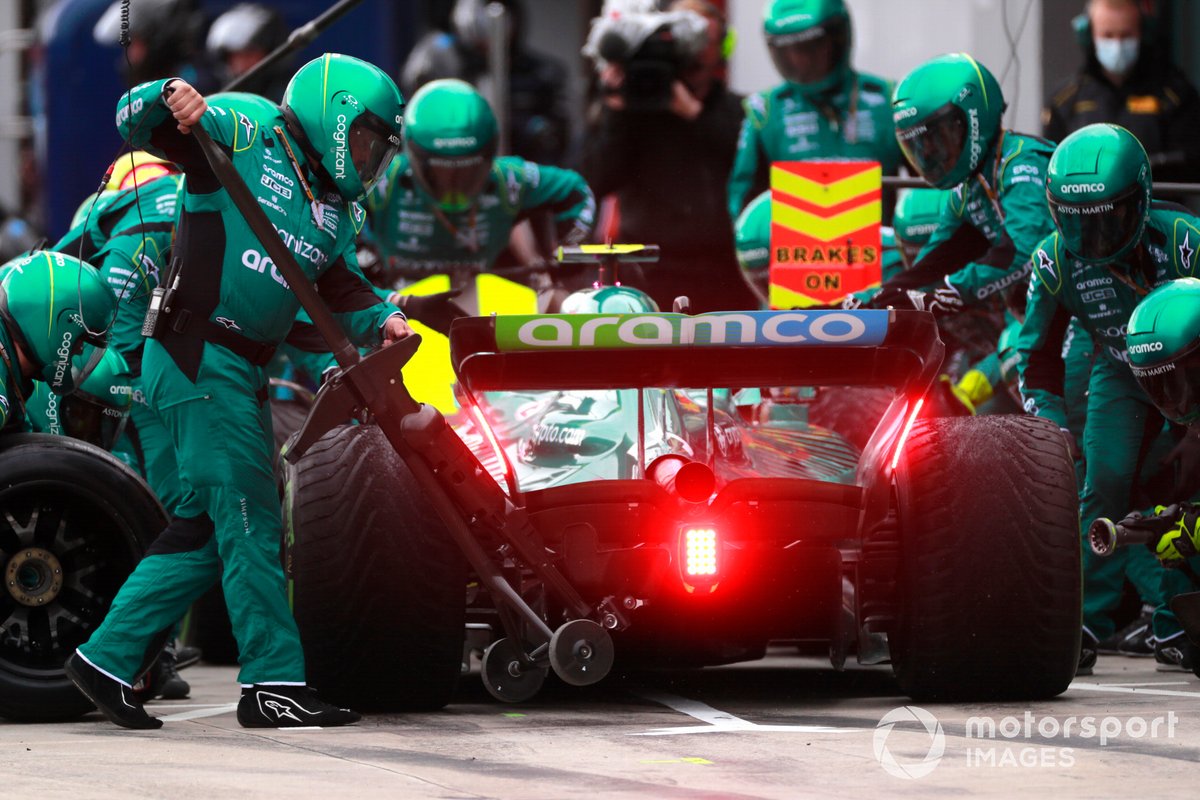 Vettel stressed the result was achieved with a car that is still tricky to drive and lacking in pace.

“We didn’t put anything on for performance,” he said. “We suffered an issue with the steering feeling. And we were able to improve it slightly for this race. But it’s still a handful.

“I think if you watch the onboard our car is very difficult to drive and even down the straights, you need to be focused. So yeah, it’s what it is. But therefore it’s very tasty, very sweet to have the result today.”

Vettel acknowledged that a double points finish was a timely boost for his team, especially after a tough weekend in Australia that saw four crashed between the two drivers.

“Very important. I mean, it’s harsh, you work your arse off and when you have a good package it’s easy to score good results,” he said. “And then it’s about perfection to deliver the perfect result.

“But you know, the work that goes into the back of the field which to be honest for many years, I did not appreciate as much because I wasn’t there, but it’s the same work that goes in from all the people in the team.

“And it’s even harder, because you don’t get any cookie or reward after the race. So try and make your dog jump without a cookie to please him afterwards, it’s hard! So it’s good for them. And yeah, I’m happy for the team and good to get both cars in the points.”