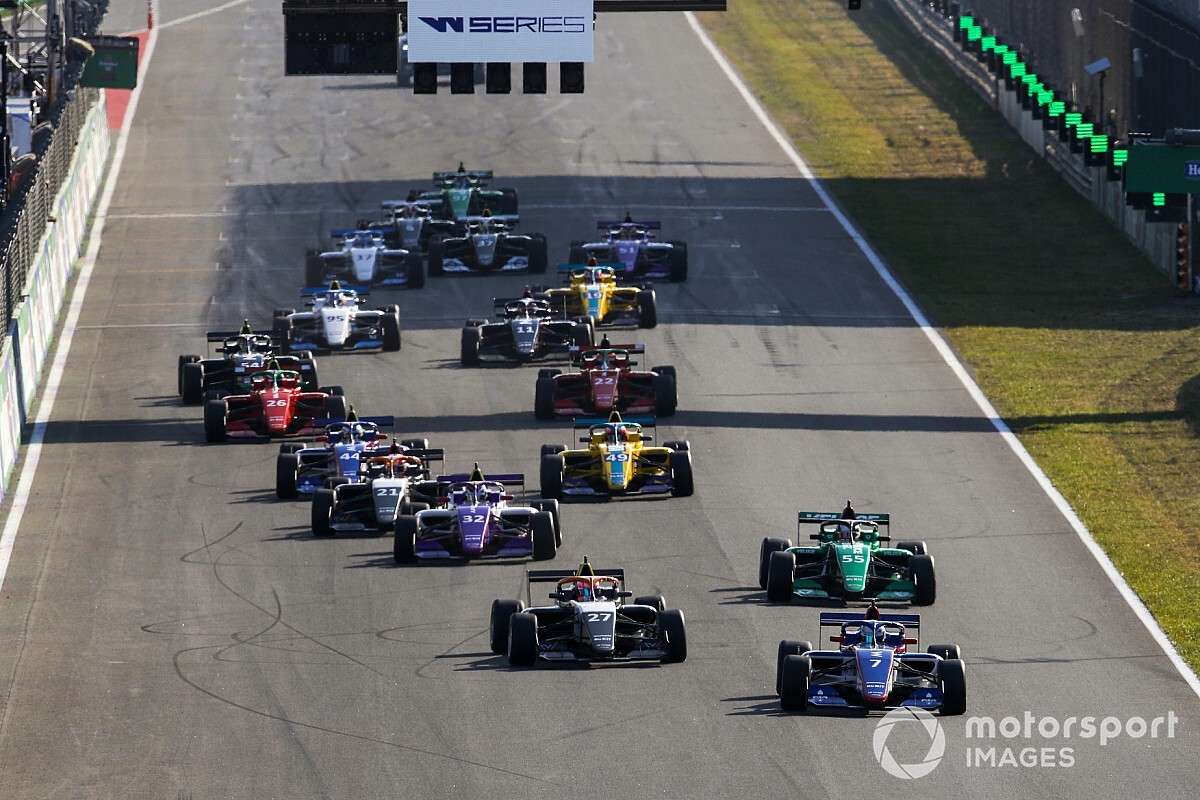 All 10 qualifying sessions and races, taking place across eight Formula 1 Grand Prix weekends, will be broadcast live by Sky.

The all-female championship had previously been broadcast by Channel 4, who will continue to show highlights, as well as free-to-air coverage of the British Grand Prix support race at Silverstone.

The new Sky deal runs until the end of W Series’ fifth on-track season in 2024.

W Series’ third season begins with a double-header in support of F1’s first Miami Grand Prix from 6-8 May.

“Throughout our conversations with Sky, I’ve been impressed by their commitment to women’s sport and plans to amplify coverage of W Series across their vast portfolio of distribution channels, which will add real weight to our offering across broadcast, digital, and social platforms.

“This partnership enables W Series to continue to expand its viewership within the UK. Alongside Sky, Channel 4 will continue its free-to-air coverage of the entire W Series season with highlights of every race, and will also broadcast live our home race at the British Grand Prix at Silverstone in July. 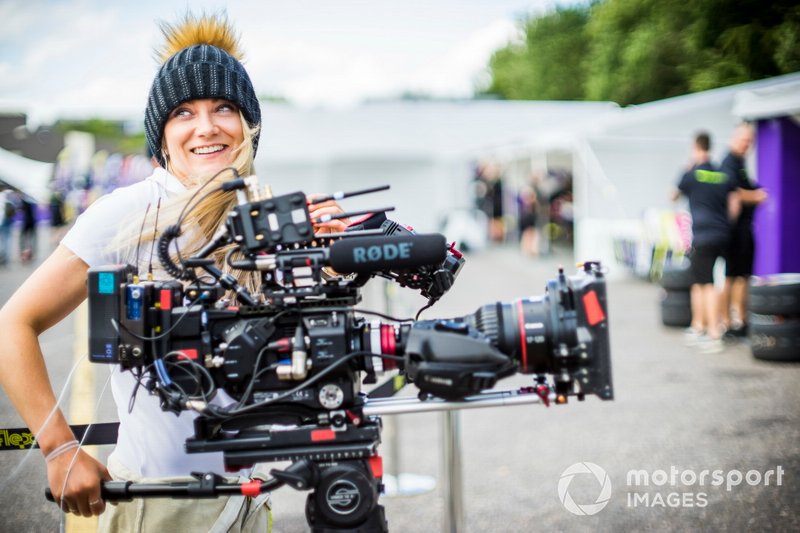 Jessica Hawkins with a video camera

“With this broad broadcast offering, we have the perfect mix of coverage across our UK audience. W Series is an increasingly international series – more than half of the races during the 2022 season will take place outside Europe, including our first-ever race in Asia in support of the Japanese Grand Prix at Suzuka.

“Our broadcast partnership with Sky Sports reflects this, giving us great breadth of coverage across Sky’s global platforms and we’re excited to showcase incredibly exciting racing through fantastic content, direct to our fans.”

Abbie Eaton, who suffered a back injury during the 2021 Circuit of the Americas round, was the last driver to be confirmed, having since made a return to full fitness.

Abbi Pulling, who was a reserve driver last season and went on to achieve her first podium at the Austin season finale, will also have a full-time seat.

Five new drivers will join the grid, including Juju Noda, the daughter of 1990s Formula 1 driver Hideki Noda, who is the youngest driver to take part aged just 16.