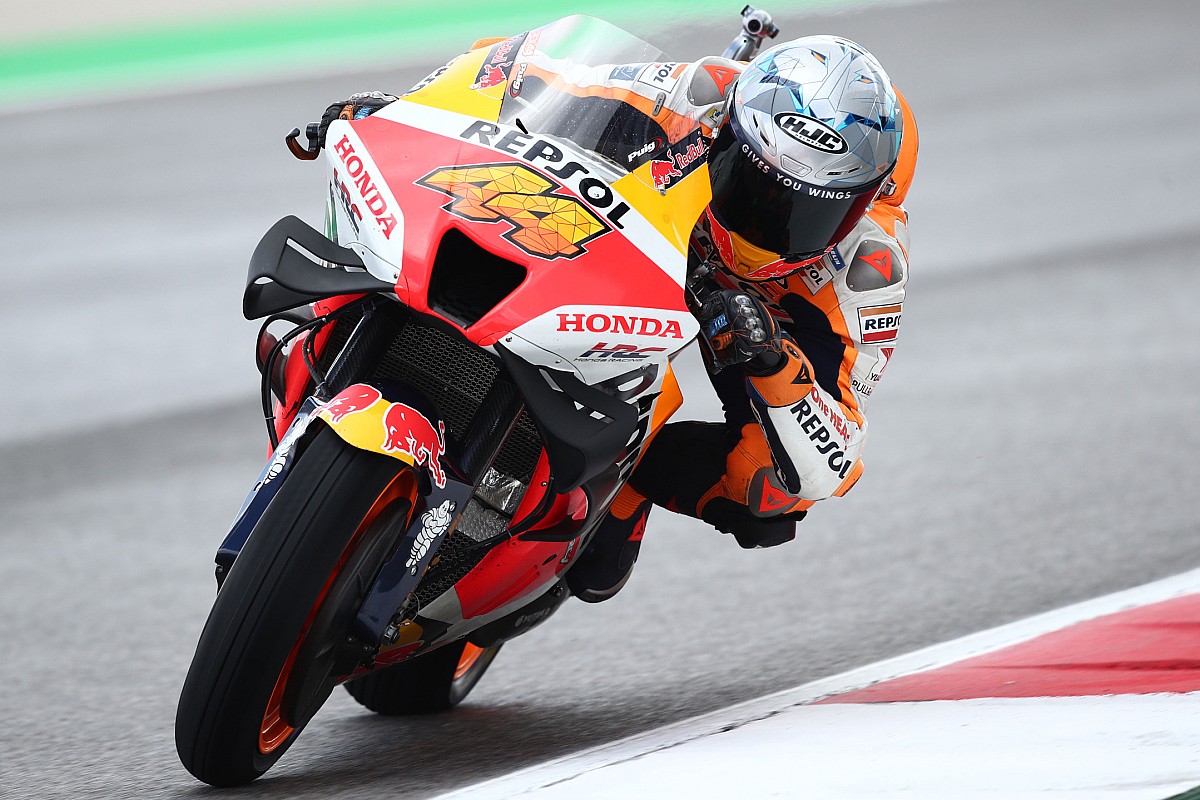 Honda overhauled its RC213V for the 2022 season after several lean seasons prompted by Marc Marquez’s serious arm injury in 2020 and a lack of results for HRC’s other riders.

The new bike was met with glowing praise by most Honda riders in the pre-season, as the more rear-biased motorcycle delivered the rear grip it had been missing for some time.

While the feeling on the front-end was different – with this being the key issue in Marquez’s understanding of the bike currently – Honda started strongly in Qatar with Espargaro finishing third after fighting for victory.

But aside from Marquez’s heroic rise up the field to sixth in Austin, strong results have been hard to come by since the opening round of the season.

In Portugal, all Honda riders struggled for pace, with Marquez leading his brother Alex Marquez in sixth, while Espargaro was ninth – all three HRC runners over 16 seconds from the victory.

Branding his race as “tough, difficult and really bad”, Espargaro says the main issue at Portimao was a lack of rear grip and is at a complete loss as to what is causing this.

“We’re missing what we had on the pre-season, it’s difficult to understand because we do not stop the bike in the correct place with the rear brake,” he began.

“And then we are leaning too much, opening the throttle and spinning on the edge.

“It makes no sense also that we chose the hard rear tyre and the other riders on the grid chose the medium.

“We chose the hard because it felt better for us on the acceleration, the traction, but we saw Marc use the medium and it was the same.

“We are always choosing between what we want to get: side grip or drive grip.

“They [our rivals] have both, so why do we need to choose? It’s difficult to understand because the bike we are using now, it was working perfectly in Qatar or in the pre-season.

“All the riders agreed, the feelings of everyone were good – apart from some small problems in the front. But nobody was complaining about the rear.

“And now we have serious problems and we don’t know how to solve them. Now it’s time to be united in the factory, work in one line together.” 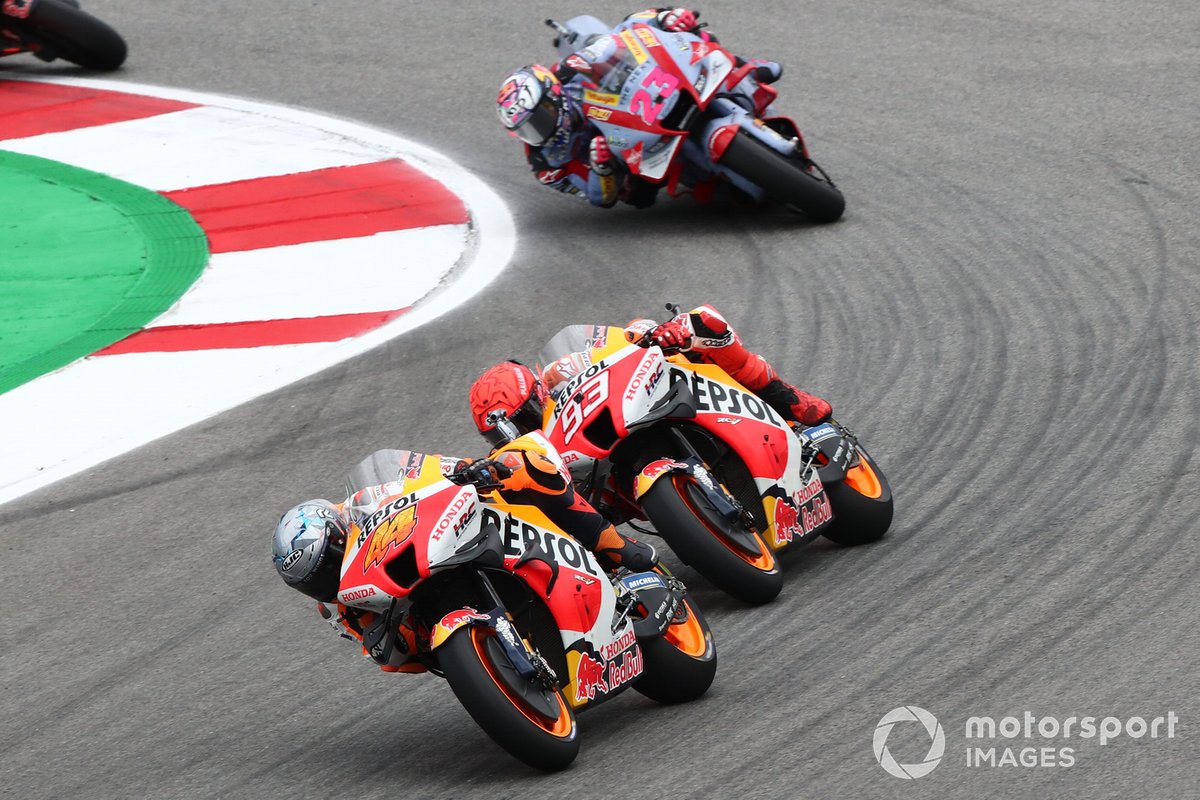 Espargaro added that no major changes have been made to the Honda since pre-season testing as it was “by far” the fastest bike on the grid.

“We have made no big change on the bike, just small settings that will not produce that [problem with rear grip],” he noted.

“So, we didn’t change the bike because the bike was amazing. We added some small details that didn’t produce this big change and we are suffering.”