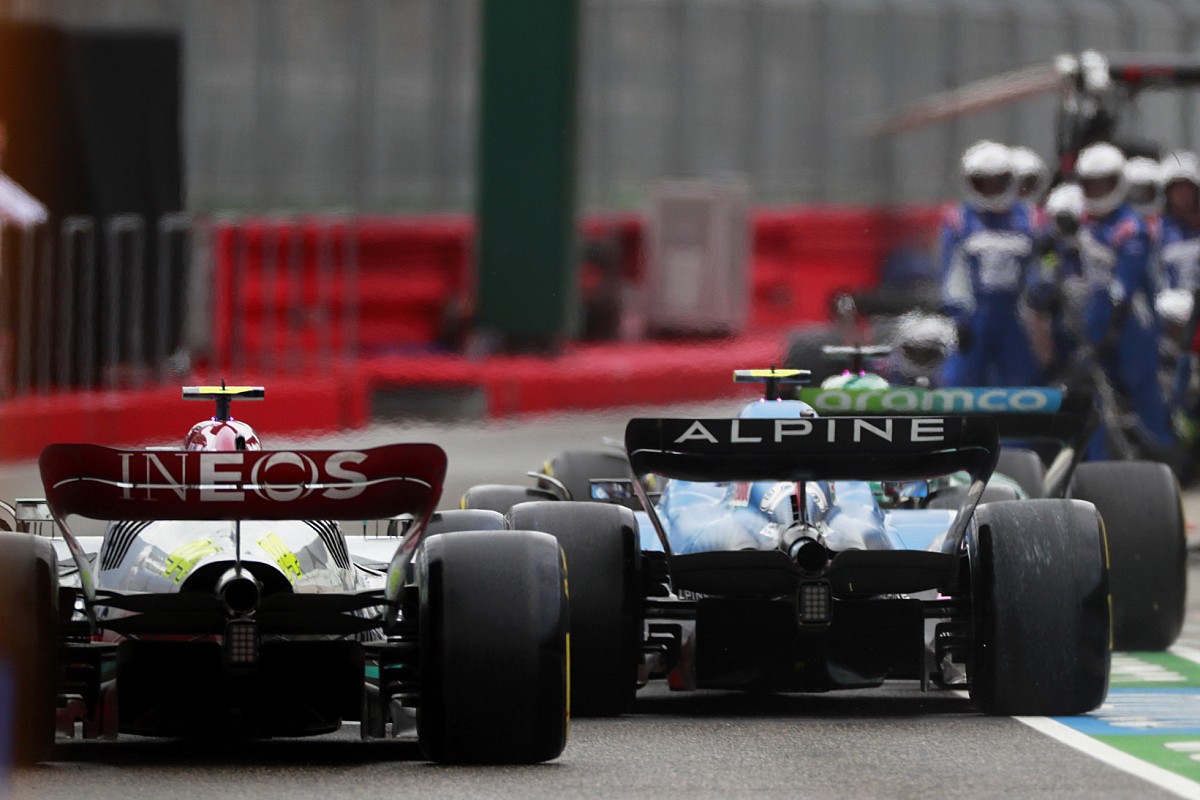 The Alpine team was deemed by the FIA stewards to have performed an unsafe release after Ocon emerged side-by-side with Hamilton, forcing the Mercedes driver to cede him the position.

Ocon received a five-second penalty for the incident, and having finished in 11th place with a queue of cars behind him the Alpine driver slipped to 14th in the final results.

The pitlane incident happened at the end of lap 18 when Ocon and Hamilton were among 11 drivers to make the call to switch to slick tyres.

Ocon says when he came out of his pitbox he had to go wider than he expected because an air line was in his path. The AlphaTauri team in the adjoining pit had just serviced Yuki Tsunoda, and its crew was still in position.

“It’s a little bit frustrating,” he said when asked about the penalty by Autosport. “We were P11, and with that unsafe release, five seconds, that hurts our position. But I think what hurt is really the tube that was left almost at the fast lane.

“I had to squeeze Lewis because of that tube that was hanging. I need to re-watch the images, but that’s my initial feeling.

“Otherwise, I think there would have been space for both of us. We didn’t touch, that was all okay.”

Asked if he knew Hamilton was there, he said: “I was aware when I had to avoid the tube, and then I saw he was there. It’s tight, but of course it’s not safe to be that close to another car, that’s clear. I think what made it look worse is the tube.” 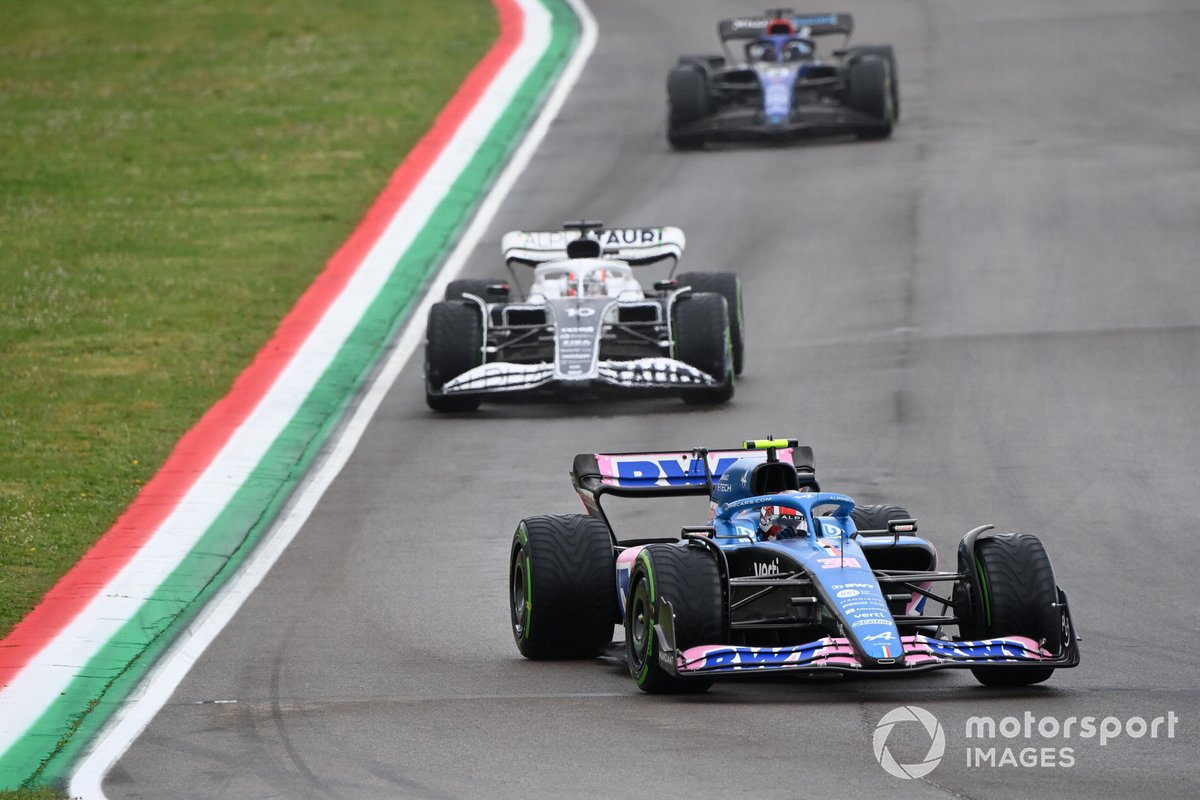 Ocon was encouraged by the performance of the floor upgrade tried by Fernando Alonso in Italy, although the Spaniard retired early and was not able to run a full race distance with it.

Ocon will receive the new part at the next race in Miami.

“I think it’s a missed opportunity for us this weekend. We were supposed to get good points and good performance from that. So yeah, it’s a shame, but we will bounce back.

“I think from FP2 we have enough data from looking at how much it could give us. I think it should be a good gain from what we see.

“Of course, Fernando qualified fifth, that was really good. We struggled a little bit more in the race. But yeah, I think it’s still possible to put both cars into the top 10 once we both have this performance upgrade.

“I look forward to testing this new performance part that Fernando had this weekend. I think it seems to be a good gain, from what the team is looking at.”

Imola was the first race of 2022 in which Ocon failed to score.

“I think we’ve been on my side the first three races three times in the points. The car had a little bit more or a little bit less performance at times. But we were consistent. It’s only this race that’s a little bit of a stand out, but we broke the gearbox in qualifying.”