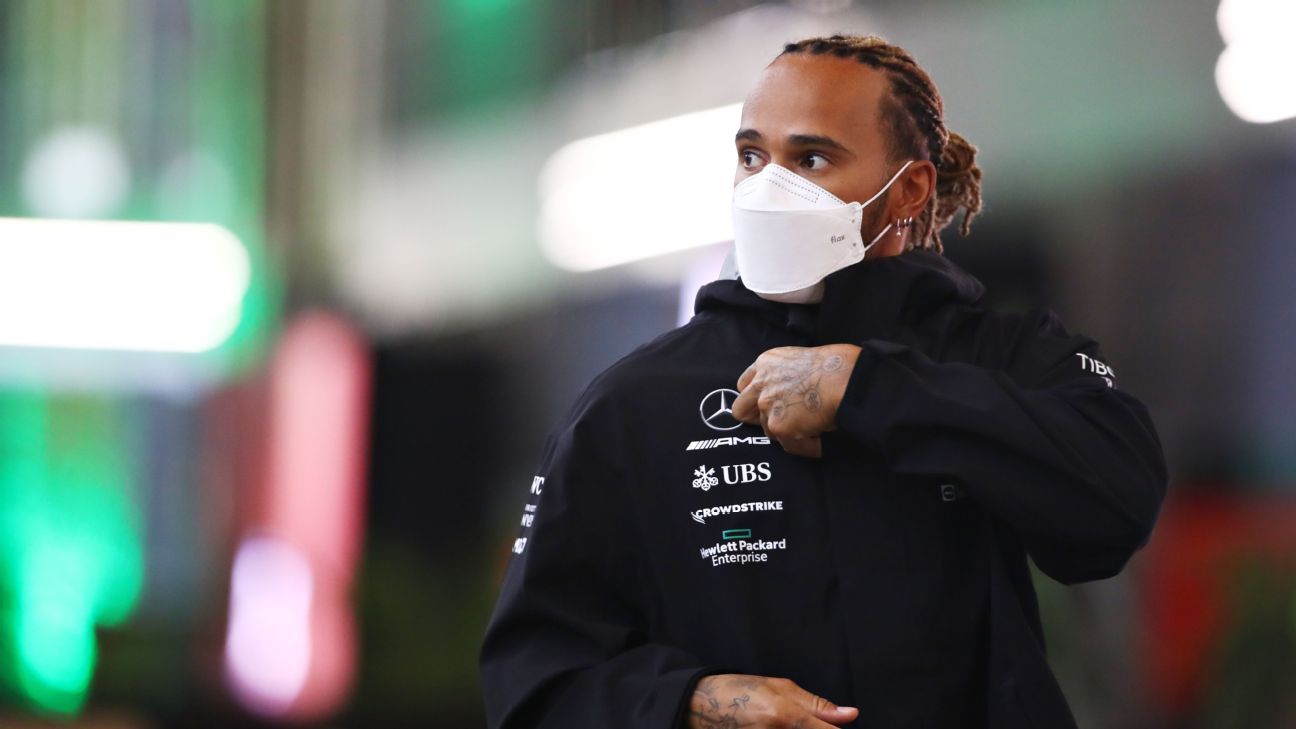 Lewis Hamilton has downplayed speculation he is unhappy with Formula One, posting to Instagram that he will be the one to decide when his “masterpiece” is finished.

Seven-time world champion Hamilton has endured a difficult start to the new season with Mercedes.

After scoring a podium at the opening race in Bahrain, Hamilton has been beaten three races in a row by new teammate George Russell.

Red Bull’s motorsport advisor Helmut Marko joked after that performance Hamilton might be wishing he had retired at the end of last season, but Hamilton has downplayed any suggestion he is thinking about leaving F1 any time soon.

In a post on Wednesday, Hamilton wrote the caption: “Working on my masterpiece. I’ll be the one to decide when it’s finished.”

Hamilton was one lap away from winning a record eighth world championship in Abu Dhabi last season, where he was controversially beaten to the title by Max Verstappen in an event the FIA has now admitted unfolded incorrectly due to human error from former race director Michael Masi.

Hamilton has already written off his chances of winning the eighth title this year and finds himself 58 points early championship leader Charles Leclerc.

However, on Sunday he insisted it is not like him to back away from a challenge.

“I’m out of it, for sure,” Hamilton said about the championship. “There’s no question about that, but I’ll still keep working as hard as I can to try and somehow pull it back together somehow.”

“There is nowhere else I want to be. Just because we have hit a rough patch, it is not in my DNA to back out.”

Hamilton will hope updates Mercedes plans to bring to the Miami Grand Prix help trigger a turnaround in form.