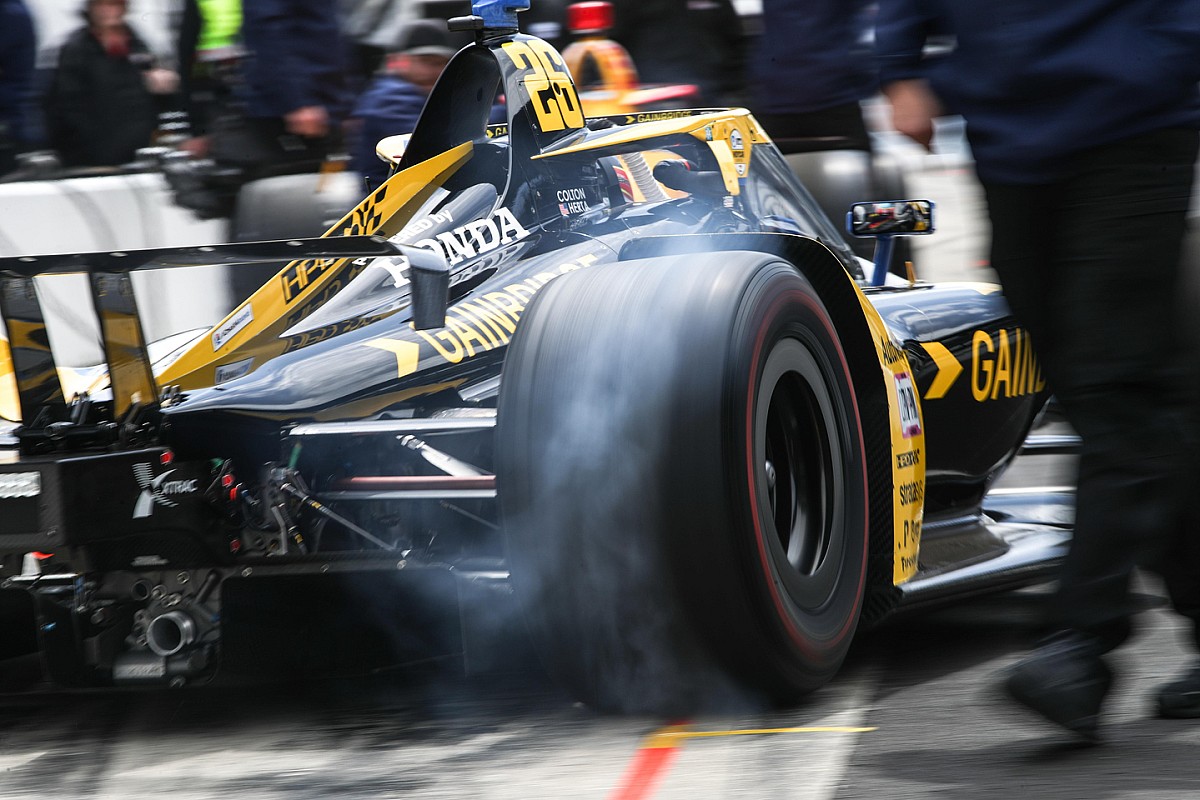 In a session that suggested Honda have retained somewhat of an advantage over Chevrolet on twisty road courses, St. Petersburg winner Scott McLaughlin (Team Penske) made a late improvement to take fifth place as the fastest Chevrolet-powered runner.

That put him just ahead of fellow Kiwi Scott Dixon in the second quickest Ganassi entry, while the second fastest of Chevrolet runner Pato O’Ward (Arrow McLaren SP) was 0.47s off Herta’s pace.

Callum Ilott in the sole Juncos Hollinger Racing-Chevrolet set the eighth-quickest time and was the fastest rookie, as Marcus Ericsson (Ganassi) and Rinus VeeKay (Ed Carpenter Racing) completed the top 10.

Jack Harvey was the quickest of the Rahal Letterman Lanigan Racing contingent in 11th, while Helio Castroneves returned after the Indianapolis Motor Speedway crash that ruled him out of the second day in last week’s test in 12th spot for Meyer-Shank Racing.

McLaughlin’s Penske team-mates Will Power and championship leader Josef Newgarden were only 16th and 18th, but Newgarden’s efforts were stymied by a technical issue which ended his session 10 minutes early.

Power and McLaughlin turned 22 laps each as Penske attempts to make up for the fact that it did no ‘natural’ road course testing in the offseason, and has a new Firestone tyre to learn this weekend.