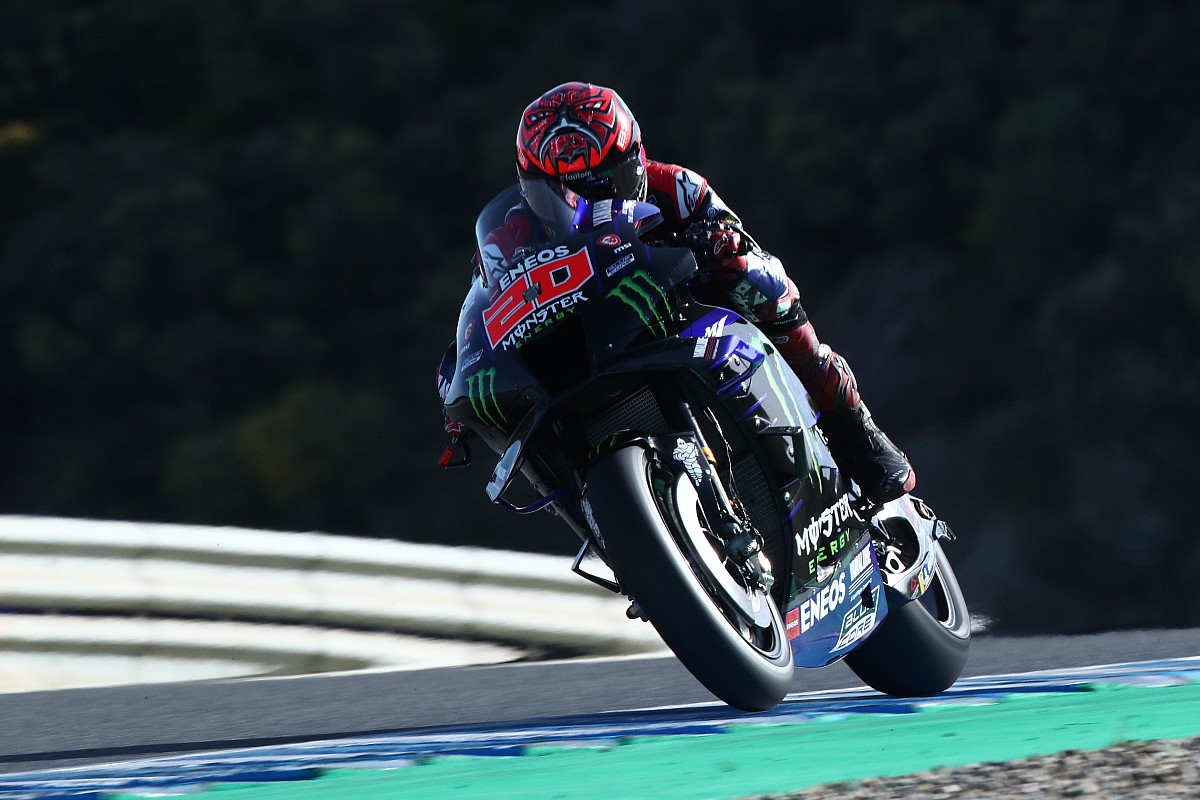 With hotter temperatures greeting the riders this afternoon it meant lap times were instantly quicker than they were in the morning.

Ducati’s Francesco Bagnaia set the early pace with a 1m38.174s, though this was quickly beaten by reigning world champion Fabio Quartararo on the Yamaha with a 1m37.970s.

Quartararo’s lap would be deposed at mid-distance, when Joan Mir guided his Suzuki to a 1m37.881s before Aprilia’s Aleix Espargaro took over with a 1m37.878s.

While the session was generally without incident, all major on-track moments centred on Honda’s Marc Marquez.

The Spaniard was almost collected by Tech3 KTM rookie Remy Gardner at the final corner around 13 minutes into the session when both Marquez and Honda team-mate Pol Espargaro slowed up through the last sector as Gardner was on a flying lap.

Then, with just over 20 minutes to go, Marquez crashed down at the Dani Pedrosa right-hander at Turn 6.

A slow-speed off, Marquez was able to remount his Honda – but he crashed just seconds later at Turn 9 when he touched a lingering damp patch unsighted from the overnight rain trying to stay out of the path of traffic behind. 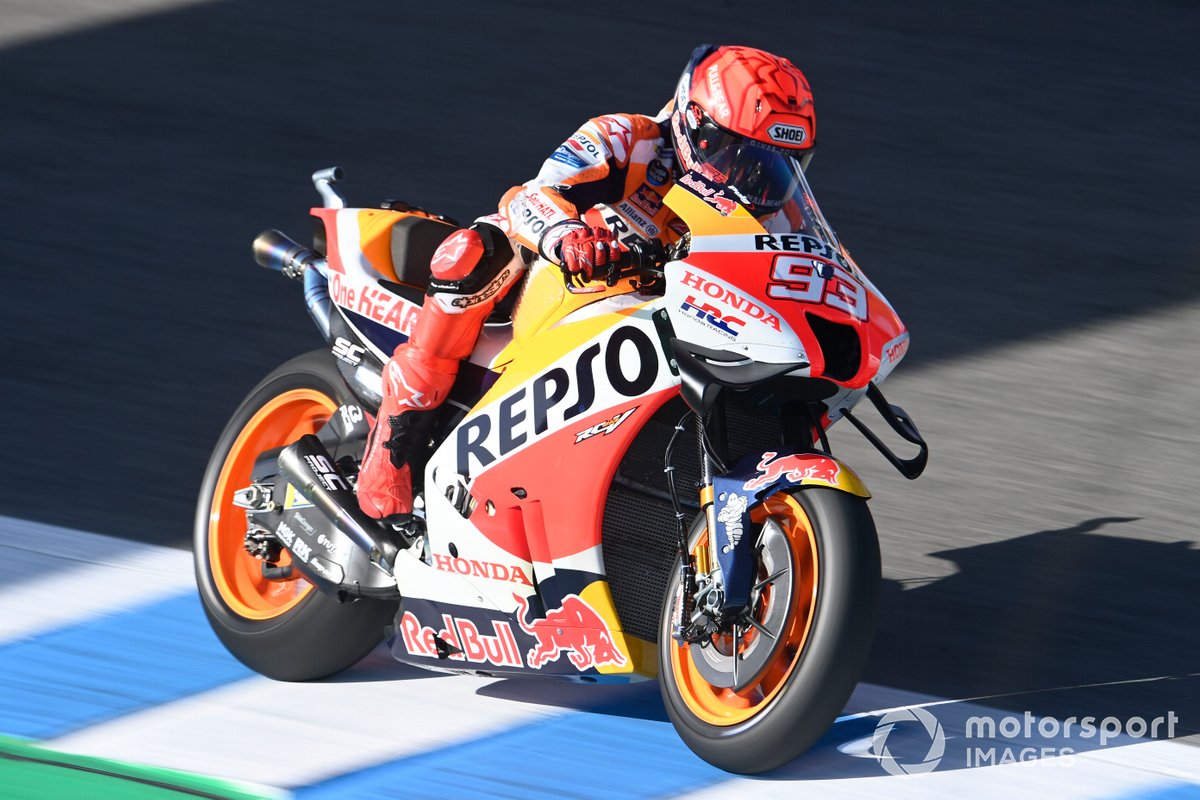 With around seven minutes remaining, most of the field fitted fresh soft rear rubber for a time attack run.

LCR Honda’s Takaaki Nakagami was the first to set a time on a new soft and went straight to the top of the order with a 1m37.778s.

The Japanese rider improved on his following tour to a 1m37.551s, but was powerless to stop Ducati’s Bagnaia from deposing him. The Italian dropped the pace to a 1m37.283s and bettered this to a 1m37.263s.

But it would be Quartararo on the Yamaha who would end the day fastest of all, as the Frenchman produced a 1m37.071s to lead Friday’s timesheet by 0.201s.

Quartararo led erstwhile championship leader Enea Bastianini on the Gresini-run 2021 Ducati, with Bagnaia completing the top three. Jorge Martin was fourth on his Pramac Ducati, with Nakagami rounding out the top five ahead of KTM’s Brad Binder and the factory Honda of Pol Espargaro.

Alex Rins was 0.655s off the pace down in eighth on his Suzuki, as FP1-topping team-mate Joan Mir was only 12th behind Pramac’s Johann Zarco, Jack Miller on the sister factory team Ducati and Aprilia’s Maverick Vinales.

Aleix Espargaro was 13th at the chequered flag and visibly angry with Marc Marquez – who was able to complete the session on his second bike – at the end of FP2, the Aprilia rider gesticulating to his fellow Spaniard on the main straight.

Marquez was 19th in the end, 1.1s off the pace, with his LCR Honda-mounted brother Alex Marquez a similarly disappointing 16th having had a strong morning.