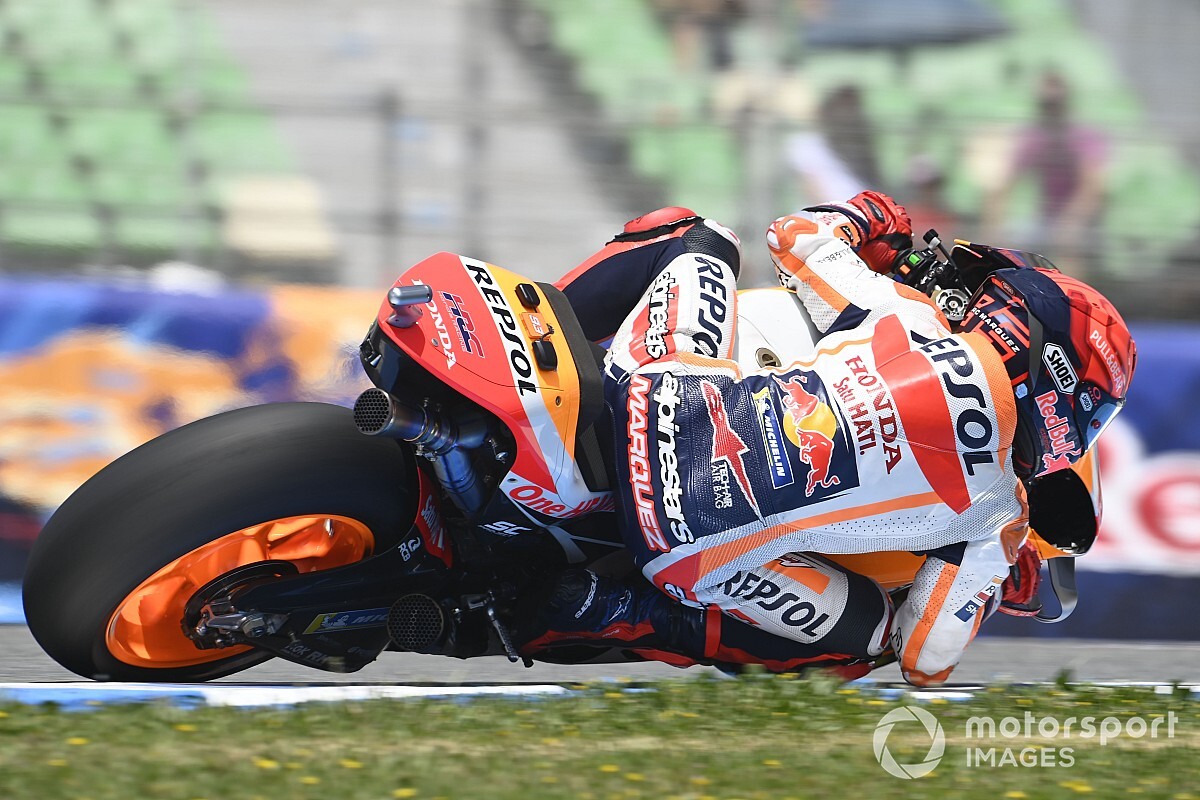 The Aprilia rider was caught on camera on the pitstraight at the end of FP2 at Jerez on Friday gesticulating towards Marquez, but no incident between the pair was caught on screen.

Espargaro later explained that Marquez allegedly waited on track for a minute until the Aprilia rider came round late on in FP2 so he could utilise his tow.

This followed a moment earlier in the session when Marquez backed off into Turn 13 and was almost hit by Tech3 KTM rookie Remy Gardner.

Talking about the incident, Espargaro – who was 13th at the end of practice – fumed: “Looks like I’m all the time crying, but it’s unbelievable, I don’t know what this guy is doing.

“Everybody saw it. Almost my brother crashed into him in Turn 13, then Gardner, then [Miguel] Oliveira, then me.

“Unbelievable! I said go, and he didn’t care. He looked behind, it’s just unbelievable.

“I will not blame him, but I will blame Race Direction. He can do whatever he wants, I’m nobody to tell him how he needs to ride.

“But all the time people talk about Moto3 – MotoGP is worse! You think it’s normal one guy with eight titles is waiting in the track for an Aprilia?

“He can do whatever he wants, but what the hell are the people of Race Direction doing?” 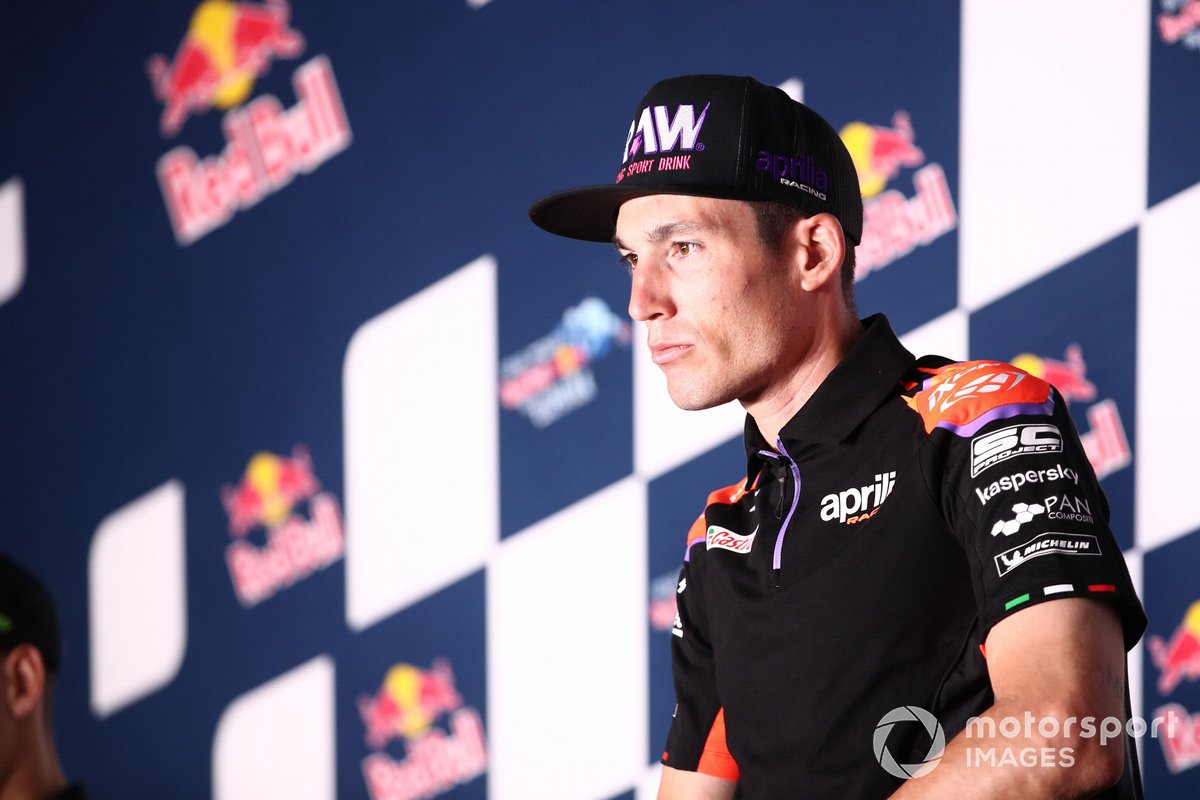 Marquez says his incident with Gardner was a result of him being forced to back off by another rider ahead of him coming into the pitlane, but denied that he was deliberately waiting for Espargaro at the end of FP2.

“With Remy, I was going behind somebody that slowed down to go into the box and then I knew Pol was coming and someone behind, and I just tried to be out of the line,” Marquez, who was 19th after two crashes on Friday, added.

“And I think Pol didn’t know – it was confusion there. And with Aleix, it’s normal with Aleix. It’s something that this is motorcycle racing.

“Aleix always complains, but this year if he is fast he needs to be proud that we are looking for his slipstream because normally it was always the opposite.

“So this year I’m looking for his slipstream because he’s third in the standings, he’s riding very good and MotoGP will be like this. “You are looking for the fast riders to improve the lap.

“But in this case, in this practice, I was just finishing because I was riding a bike that I didn’t like and I didn’t try to follow anybody. He just went and I waited more time because I didn’t want to have any problems with him.”