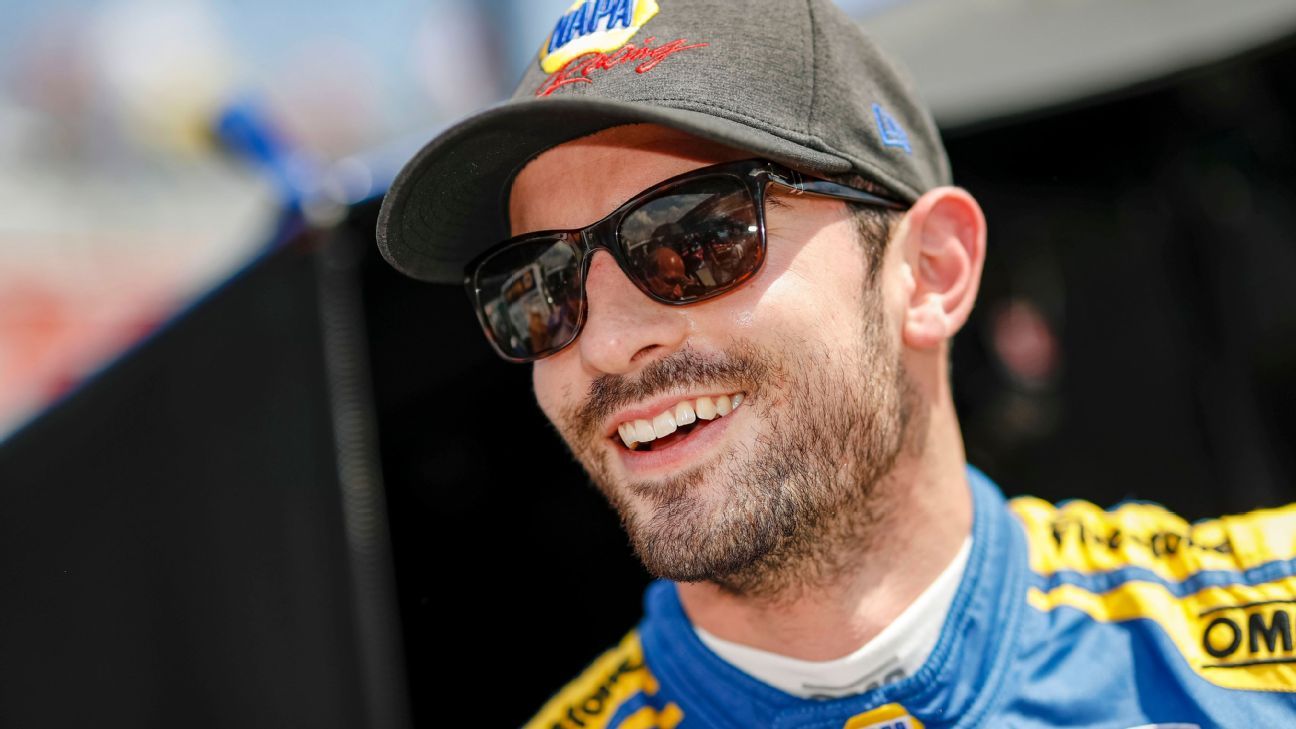 Rinus VeeKay led an upset in IndyCar qualifying to position himself to race for the win at Barber Motorsports Park.

The Dutchman was the surprise pole winner for Sunday’s race following a qualifying session that saw most of IndyCar’s top names fail to advance through the rounds.

Alexander Rossi and his Andretti Autosport team, meanwhile, overcame a serious setback from a Saturday morning crash. Crew members from all four Andretti teams went to work on the car, and after qualifying fifth, Rossi acknowledged the organization saved his weekend.

“I put them in a very tough situation,” Rossi said. “It was amazing just to be out there in the first place, have the opportunity to compete and qualify. Where we were two hours ago, I think everyone is relieved and happy that we got through that. Every result that we get this weekend is down to those guys, for sure.

“If we had not made qualifying, started 27th, you’re super screwed. This gives us a really good shot to have a good day.”

The first round Saturday bounced Will Power, a two-time winner at Barber, and six-time IndyCar champion Scott Dixon. The two are among the best active drivers in IndyCar, but both struggled around the picturesque permanent road course that is considered one of the most physical tracks on the circuit.

Told he was starting 19th, Power frowned: “That’s a terrible place for this track. Terrible.”

Power in 2012 won from ninth — the farthest starting spot for a winner in 11 previous events. The average starting spot is 3.2 for previous race winners.

That puts VeeKay in position for his second career victory.

“Confidence is high, and this is a track where passing is not happening too much,” the 21-year-old said. “From here, we can have a great race and fight for a win, definitely.”

VeeKay turned a lap at 1 minute, 6.2507 seconds in the “Fast Six” round of qualifying to edge Pato O’Ward, last year’s pole winner, for the top starting spot. It’s the second pole of VeeKay’s career and his first since the road course at Indianapolis late in his 2020 rookie season.

The front row was a lockout for Chevrolet, which is 3-for-3 on the IndyCar season as Team Penske swept the first three races of the season. IndyCar has raced on a pair of street courses and an oval, so Barber is the first road course and first new terrain this year.

It’s a track that Penske drivers have dominated; Josef Newgarden leads all active drivers with three wins at Barber and goes into Sunday on a two-race winning streak. But like many other top names, he failed to make it into the “Fast Six.”

Newgarden was eliminated in the second round of qualifying and will start seventh.

The forecast for Sunday called for rain during the IndyCar race, but drivers were actively watching the sky hoping to get a chance to turn some laps in wet conditions before the main event.

IndyCar has yet to race in the rain since it added the cockpit-protecting aeroscreen to its cars, so there’s no data on how it will handle wet weather. The drivers in 2020 did get to make some laps during a preseason test in Texas, but it wasn’t true race conditions with a full field of 26 cars on track.

The series had one final practice session scheduled Saturday, and rain was on the mind.

“I think everybody’s rain tires on the truck are probably like two years old, which aren’t ideal,” O’Ward said. “Hopefully, it rains now so we can get some fresher ones for the race. I think it would do us well if we all had a chance to see what it was like in warm-up. Not in terms of, like, by yourself, but I think it changes a lot whenever there’s 26 cars going around.

“I think there’s a big difference between you being by yourself or being out there, just getting a feeling of what the spray could be.”

The Associated Press contributed to this report.