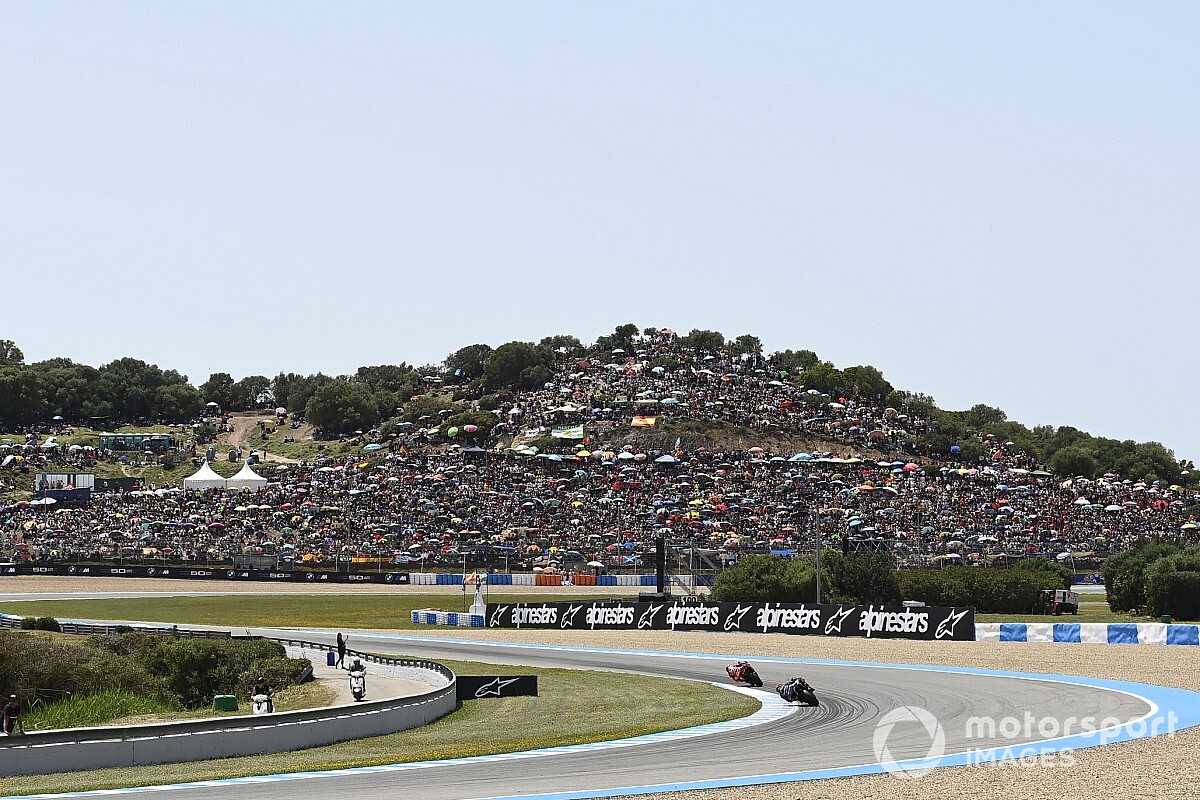 Ducati has won twice in MotoGP so far in 2022, but with its 2021 bike courtesy of Gresini’s Enea Bastianini.

The start to 2022 with its GP22 hasn’t been easy, but Bagnaia felt he made a breakthrough last time out in Portugal as he charged from last to eighth at Portimao.

Smashing the lap record to claim pole at Jerez, Bagnaia took the lead ahead of Quartararo, with the pair easing away from the rest of the pack.

Despite his best attempts, Quartararo could do nothing to overhaul Bagnaia across the 25-lap race – the winning margin just 0.285 seconds in favour of the Ducati rider.

Quartararo extends his championship lead to seven points from Aprilia’s Aleix Espargaro, who came through to third after an intense fight with Marc Marquez and Jack Miller.

Espargaro’s podium now means MotoGP no longer has any concession teams, as Aprilia will lose those benefits going forward having won in Argentina and finished third last time out in Portugal.